ERLING HAALAND continued to stake his claim as the world's top striker with a stunning scissor kick past Schalke.

Borussia Dortmund romped home 4-0 in the Revierderby thanks to another fantastic display from the Norwegian and Jadon Sancho.

It was the England winger who put Borussia on top after struggling Schalke were forced into surrendering possession in their own half.

Sancho struck a precise effort in at the near-post and passionately pounded the Borussia badge on his chest in celebration.

Dortmund doubled their advantage minutes later when 20-year-olds Sancho and Haaland added to their repertoire of combinations.

The striker leapt up to provide an acrobatic scissor kick from Sancho's cross, finding the bottom corner in elegant fashion.

Amid fears that the the former Manchester City man had started the season slowly, he now boasts 10 goals and 15 assists in all competitions.

In midweek, Haaland hit two goals past Sevilla to emphasise his ludicrous abilities and he racked up another brace in the second-half on Saturday. 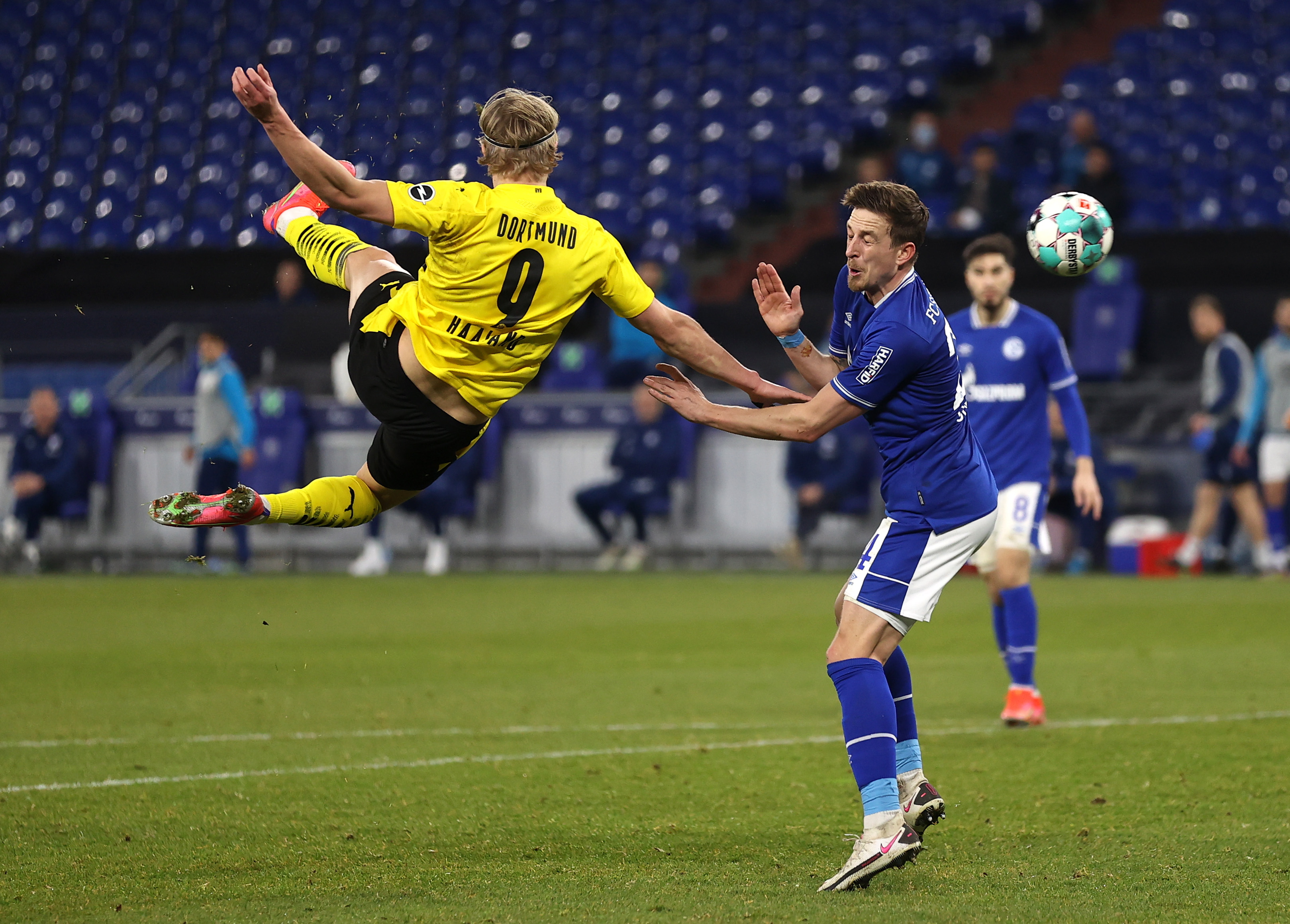 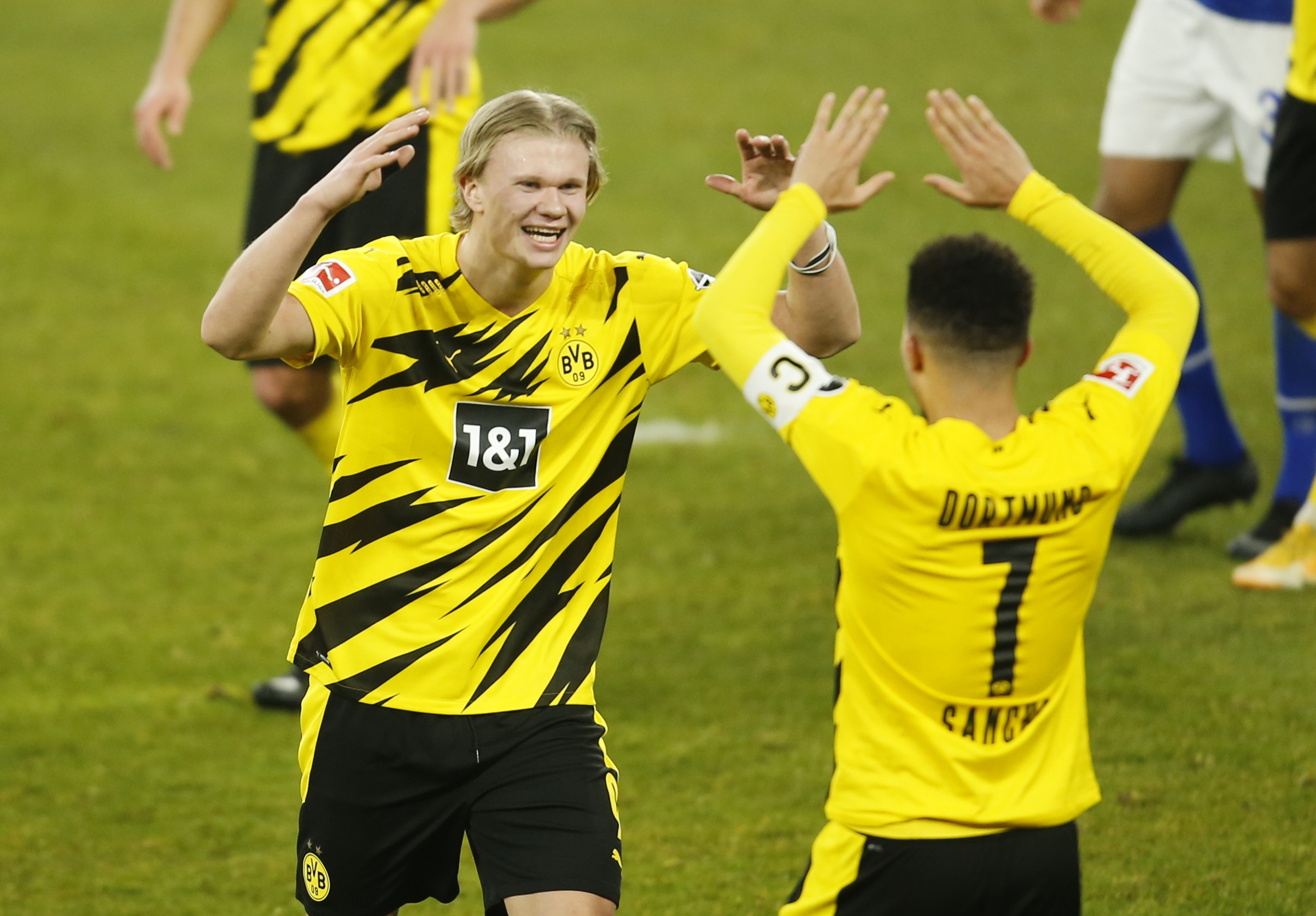 After Raphael Guerreiro made it three, the forward poked home Jude Bellingham's pass for his 27th goal of the campaign.

The German said post-game: "The second goal was sensational.

"He is an absolute machine! His positive energy pushes us and is really good for us."

Despite the victory, Borussia remained sixth in the Bundesliga table amid a sticky patch of form under interim boss Edin Terzic.

Rivals Schalke meanwhile can count only one league win all season and remain bottom of the standings. 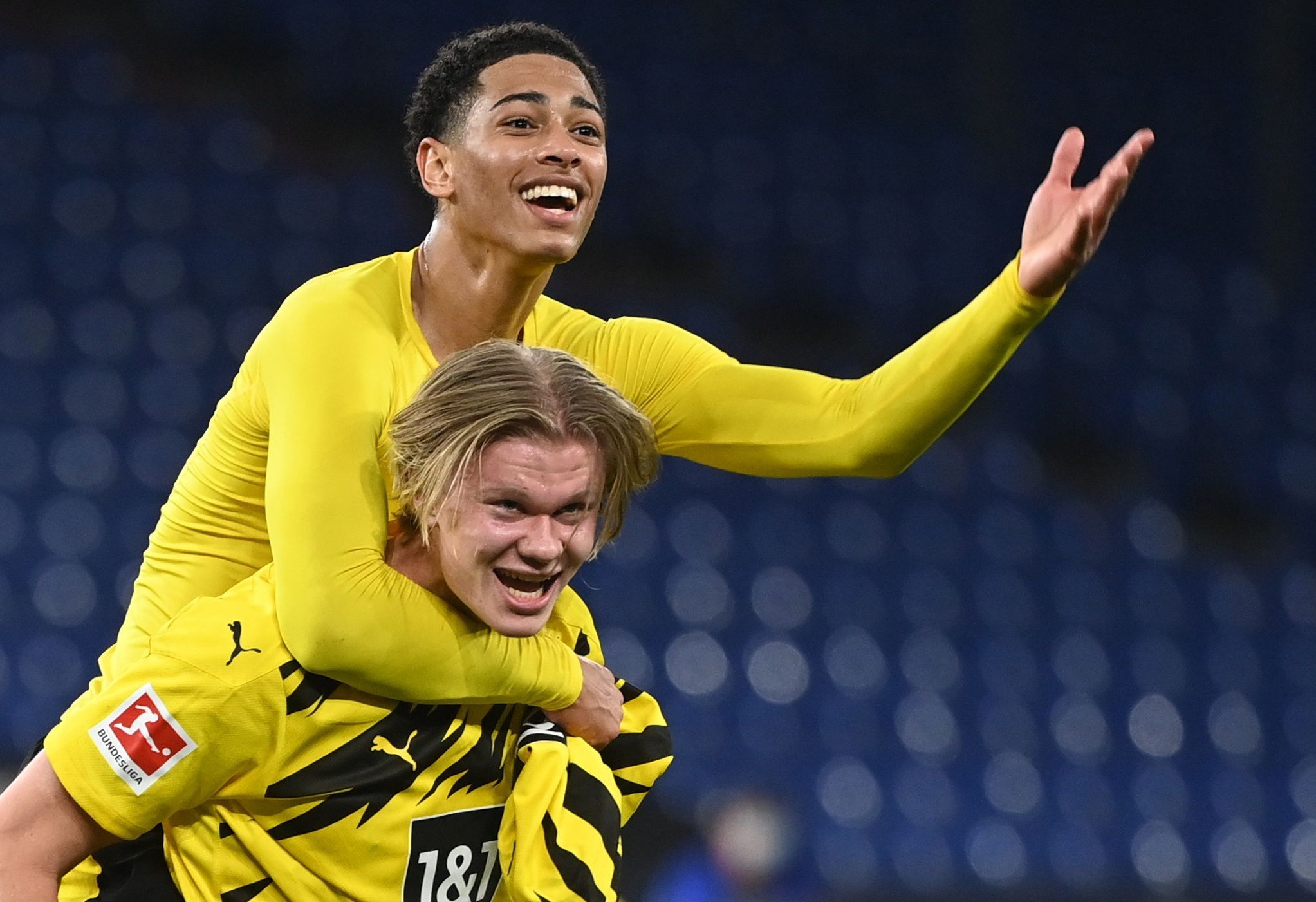