Some Virgin Media customers will find more entertainment for their kids to tune into from today and it won’t cost a penny extra. With millions of children staying at home and the Easter holidays just a few days away, this couldn’t have come at a better time.

The UK firm has just announced that it is dishing out a swathe of children’s channels for free with family favourites such as Cartoon Network, Boomerang, Cartoonito and Nickelodeon all part of the promotion.

This bonus is running from today until April 21 with Virgin also offering free access to thousands of hours of On Demand episodes as well.

Across these channels is a range of shows from Ben 10, Paw Patrol, Teen Titans and classics like Tom and Jerry, ScoobyDoo and Spongebob Squarepants. 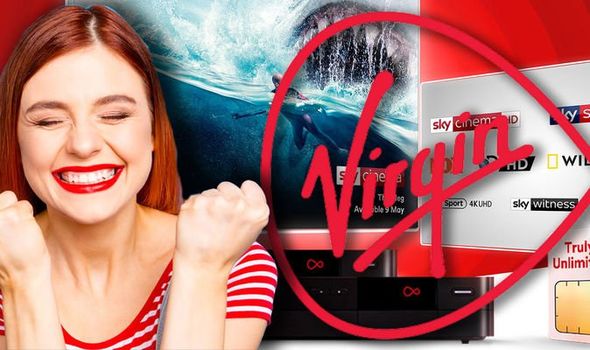 So how do you know if you’ll get this useful update in April?

If that’s you then you don’t need to do anything as these channels will appear on your TV box and there will be no change to your contract.

The news of this kids television change comes as Virgin Media has also announced that it is giving 2.7million of its pay monthly mobile customers an additional 10GB data and unlimited minutes at no extra cost, as well as permanently removing data caps for customers on its legacy broadband to help them stay connected.

And to ensure customers can access important information from the NHS website without fear of going over their data allowance, Virgin Media has zero-rated www.111.nhs.uk, www.nhs.uk, www.gov.uk meaning these websites will not decrement customer’s allowances.

Virgin Media has also rolled out another upgrade to customers across the UK. The service has become the first pay television provider to support BBC Sounds natively on its platform. While it was already possible to tune-in to radio stations using the Virgin Media box, owners weren’t able to access the host of exclusive podcasts and on-demand catch-up content available in BBC Sounds.