“I discovered that you can always be worse off. And that what matters is not how you do things, but why.” 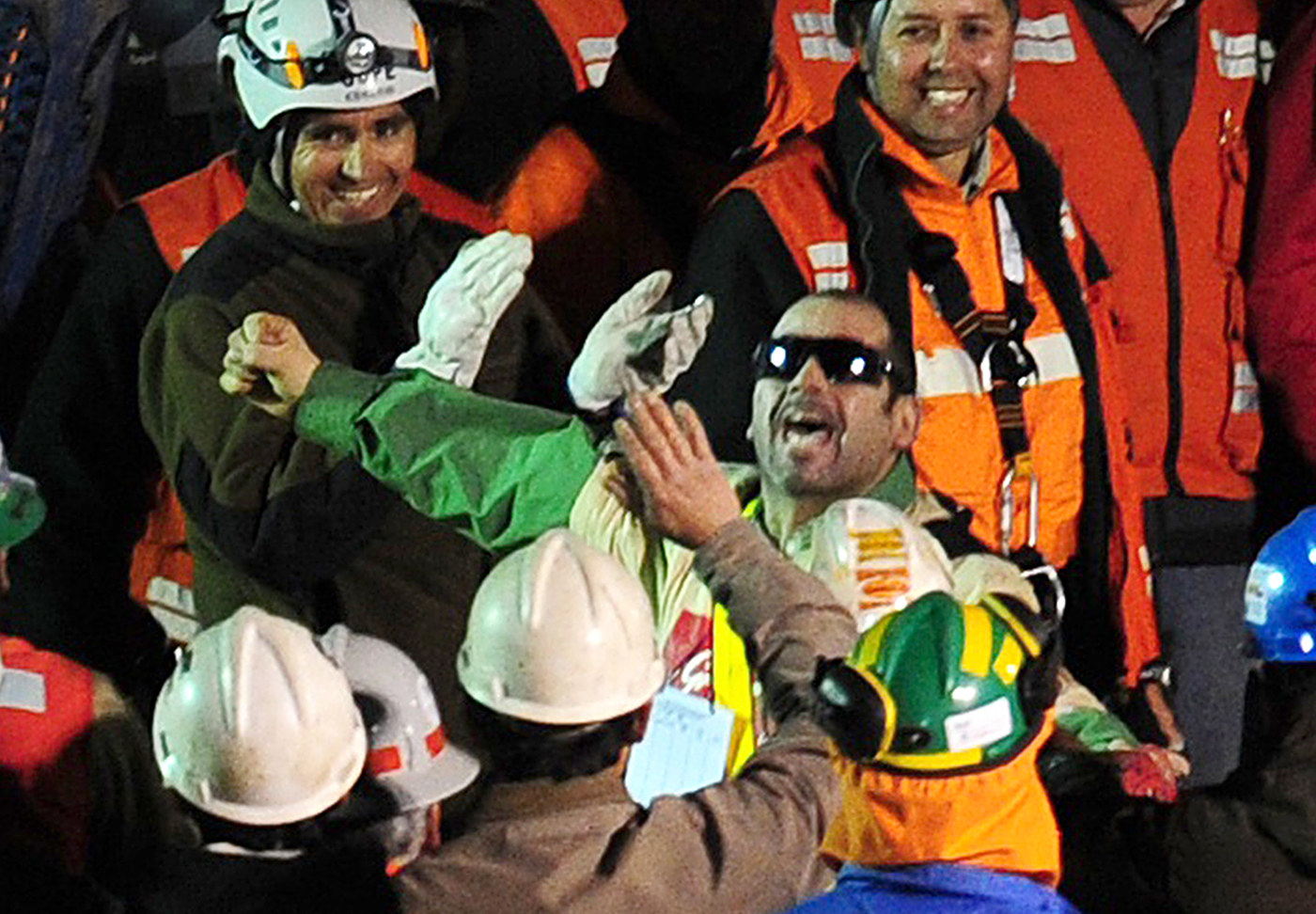 MEXICO CITY — More than two months trapped in an underground mine. Ten weeks stranded on the Andes after a violent plane crash.

Survivors of two of Latin America’s most notorious disasters — a mining explosion that left 33 workers buried deep in the earth and a plane crash that forced passengers to eat some of their friends and relatives — know all too well about isolation and uncertainty.

As the world grapples with the novel coronavirus and millions of people quarantine at home to stop its spread, those whose lives have been upended in the most extraordinary ways are reminiscing about their experiences — and sharing the lessons with BuzzFeed News.

“You have to keep your sense of humor,” said Mario Sepúlveda, a miner who spent 69 days trapped in a collapsed gold and copper mine in northern Chile in 2010. “Laughing is key.”

For Roberto Canessa, one of 16 survivors of a plane crash in the Andes mountains in 1972, the most important thing is to be proactive — not to expect someone else to solve your problems. After Uruguayan Air Force Flight 571 went down in the Andes, Canessa spent 72 days in the mountains, watching other survivors die, hearing on the radio that the search for survivors was suspended and climbing up a towering mountain for 10 days to find help.

Today, Canessa, a children’s cardiologist, is making ventilators in his native Uruguay to increase the country’s supply as it braces for an onslaught of Covid-19 cases.

“That’s a way to keep anxiety at bay,” said Canessa. “Be your own rescuer.”

The circumstances Sepúlveda and Canessa endured were more extreme than those most people will find themselves in during the pandemic: they worried about diminishing oxygen, bone-crushing cold and having virtually no food. They didn’t know if the ceiling above them would come crashing down or if an avalanche would wipe them out in a matter of seconds. Their ordeals were so extraordinary that they were turned into Hollywood films; the former was played by Antonio Banderas in The 33 and the latter by Josh Hamilton in Alive.

Yet, their experiences contain lessons that people can apply during the strange and uncomfortable weeks in quarantine, cut off from almost all social interaction — and what life looks like a life-altering event. 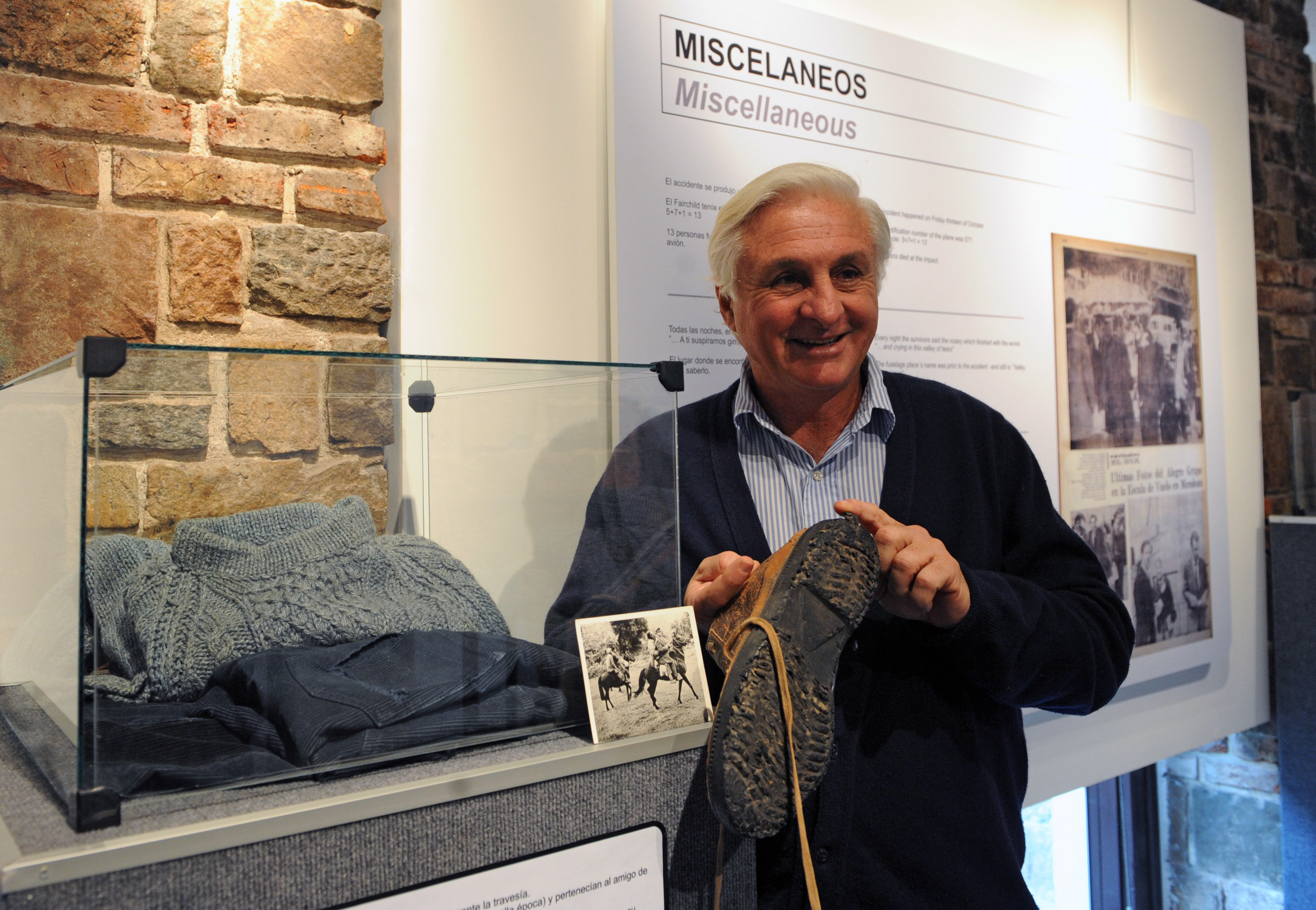 Already, Sepúlveda can see a silver lining to the coronavirus pandemic.

“There is nothing more beautiful in life than to fall. It is only then that you can say clearly: I stood back up,” he said.

Sepúlveda knows about hitting rock bottom and coming back stronger. On August 5, 2010, he was working in a tunnel nearly half a mile below the surface of the earth when the mine above him collapsed.

For 17 days, no one knew if the men trapped below had survived. Rescuers scrambled to drill holes into the San José mine. Finally, a handwritten message made its way up: “The 33 of us in the shelter are well.”

By then, the miners had set up a shift system, rotating between cleaning, keeping watch over the unstable mine, and taking naps. Even though they were exhausted and overheated, most of them ran back and forth along the half mile-long tunnel still open and did sit ups to stay strong.

Video captured inside the chamber showed the men, naked except for underwear and hard hats, standing or sitting in a small cave-like room. Some slept on stretchers while the others slept directly on the ground. There was complete darkness, except for the roaming flashlight which every so often revealed the men’s shell-shocked expressions.

Sepúlveda wondered how this was happening to him. He had known hardship his entire life, having grown up in a big, impoverished family. Why couldn’t he catch a break? And yet it was that — his intimate relationship with poverty and his promise to keep his wife and children safe and comfortable — that kept him going, day after day, in the mine.

All the men broke down at some point, said Sepúlveda. Organically, the miners paired up, and when someone “lost it” their partner would pull them aside and calm them down. It kept the peace when tensions ran high in the tight pit.

“I cried,” said Sepúlveda. “It was important to cry, especially since my parents had taught me boys don’t do that when I was growing up.”

But the miners also found a way to laugh at their circumstances, and even have fun. They teased each other over their increasingly gaunt physiques. They sang. They played dominoes. When rescuers were able to drill a shaft into their chamber, they lowered MP3 players for the trapped men to listen to music.

At last, 69 days after the collapse of the mine, the miners were pulled from the earth. The night he was rescued, Sepúlveda ate a generous portion of chickpeas — his favorite food — and then spent hours having sex with his wife, he said. “We really went at it,” he added, laughing.

As people around the world are forced to retreat into their homes for an indefinite amount of time, Sepúlveda suggests taking a similar approach to the one he took during his time underground, and afterward: Come up with a routine that begins with thanking God you’re alive. Enjoy your family. Play. Remember that life is not a competition. 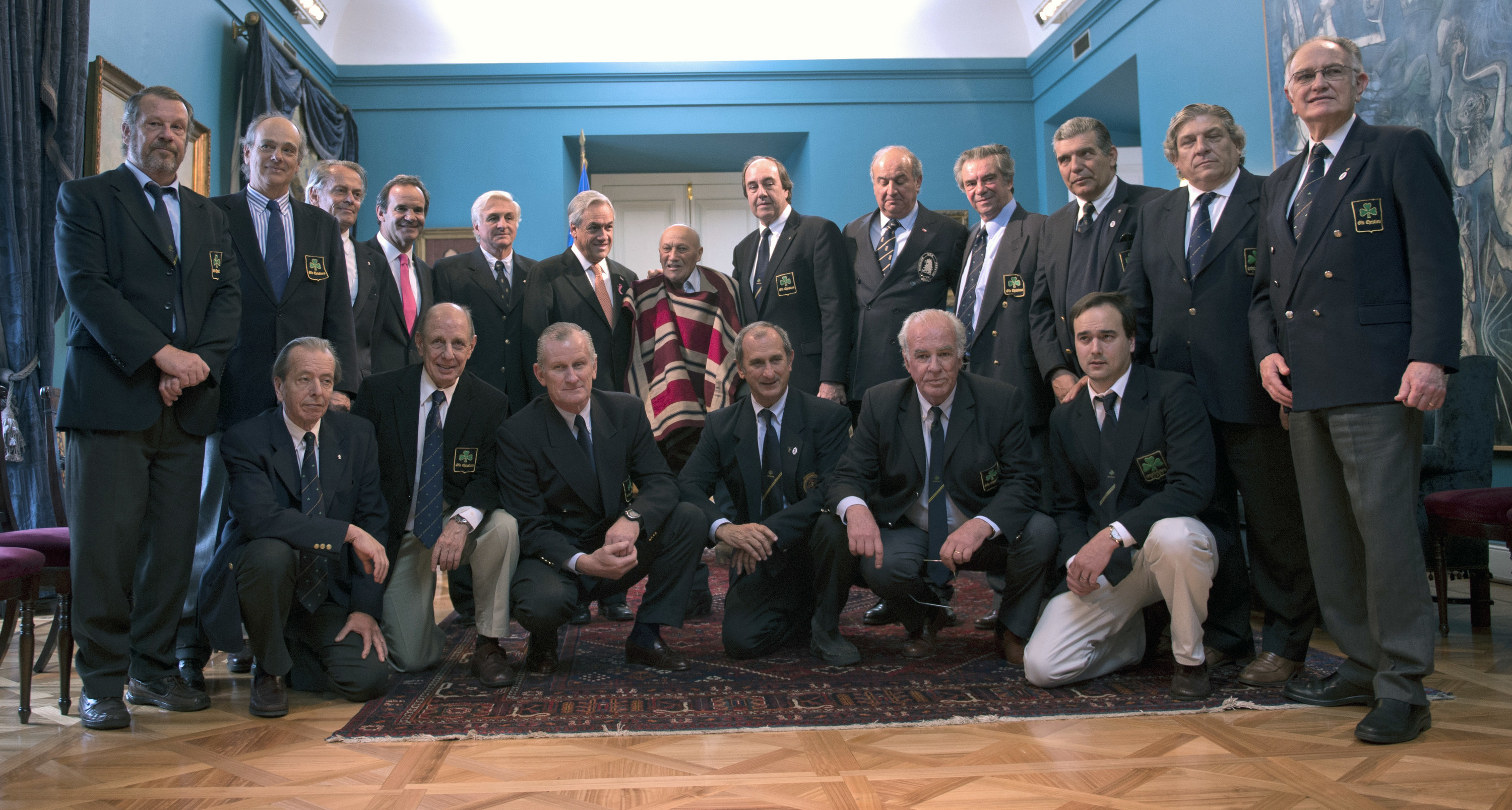 Some of the survivors of the plane crash

Earlier this month, when Canessa realized that Uruguay wouldn’t be able to buy enough ventilators from China and the US, he decided to make his own, with the help of a colleague.

In the past weeks, the two doctors have developed a prototype using windshield wiper motors, which, he claims, people in impoverished areas can make themselves. Each device will cost $300, though they have yet to be tested to see if they work.

That is the story of Canessa’s life: if no one comes to rescue you, rescue yourself.

On October 13, 1972, Canessa and his rugby team boarded a chartered flight in Montevideo, the Uruguayan capital, bound for Chile. Minutes later, the plane crashed into one of the most remote patches of the towering Andes, killing several of the 45 people on the aircraft.

Most of the survivors had severe injuries. There was virtually no food on board. After nearly two weeks, a rescue mission was called off. The situation grew more dire by the day, with survivors dying from the cold. Eventually, those who remained alive were forced to eat their dead friends.

“I discovered that you can always be worse off,” said Canessa. “And that what matters is not how you do things, but why.”

Before the crash, Canessa had attended a funeral with his mother. Afterward, she turned to him and said that if she had to bury one of her children, she’d die of sadness. “So I can’t die,” thought the then-19-year-old Canessa.

The days went by, and the plane wreckage became home. Canessa remembers talking to God and living by the “Maybe Tomorrow” rule. Maybe tomorrow we will get rescued. Meanwhile, the survivors tried to stay as still as possible, so as to conserve their energy. Some preached. Others made jokes. Everyone found their role to keep the group in good spirits.

Growing desperate, and certain that no one was going to come find them, Canessa and two of his teammates started walking west almost two months after the crash, toward Chile. They climbed up to the summit of a 15,260-ft mountain, and then they walked some more. At last, after hiking nearly 24 miles, they found a local muleteer, who helped them get to a police station.

For Canessa, everyone has their own Andes challenge; anyone’s life can change suddenly. The most important thing is to remember that it is transitory and better times almost certainly lie ahead.

Canessa, who wrote a book about his experience titled I Had to Survive, is a celebrity at home, and one of the most well-respected doctors there. He is especially moved by his patients from the countryside, who live in abject poverty and stare at him wide-eyed when they arrive at his office. Canessa always thinks one of them could be the child of the muleteer who saved his life 47 years ago. Even now, his voice fills with emotion when he speaks of the man who helped put an end to his unimaginable odyssey on South America’s longest mountain range.

He laughs at people’s complaints over the quarantine. “Everyone is desperate. When I was in the Andes I was desperate to be home.”

Canessa says that staying physically strong is key, so eat your fruits and vegetables. Sweat at least once a day. And enjoy being bored at home.

And what to do if coronavirus catches up to you? “Have the right attitude. Don’t let it catch you off guard. Tell it: here I am, waiting for you.”