The House Has Passed A $2 Trillion Coronavirus Aid Bill 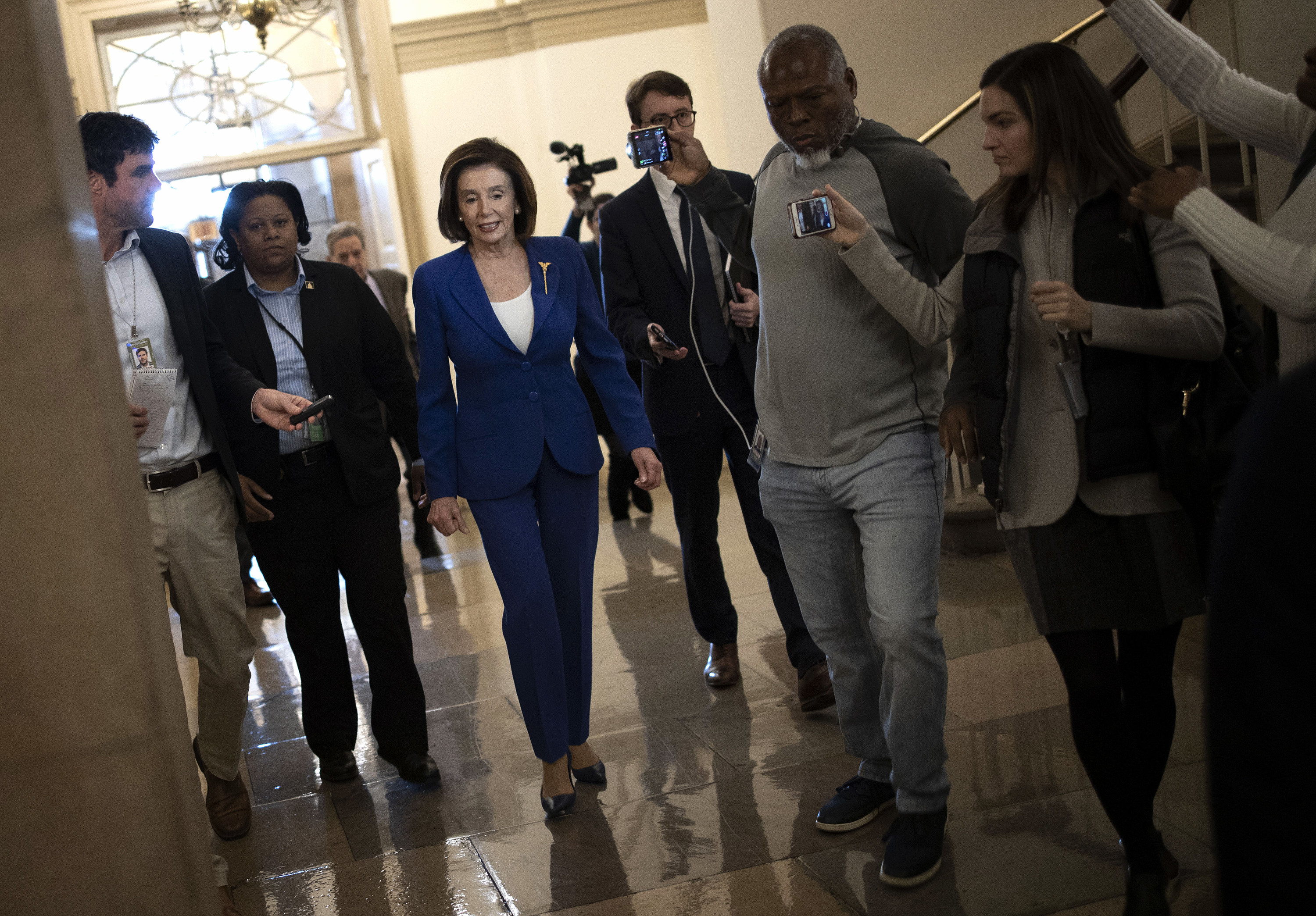 Speaker of the House Nancy Pelosi talks with reporters as she arrives at the Capitol on March 27.

The House of Representatives has passed a historic $2 trillion coronavirus aid bill, approving hundreds of billions in support to businesses and $1,200 cash payments to most people who live in the US.

The bill is expected to be signed into law by President Trump later today.

The House passed the bill by a voice vote, which was its original plan that would have allowed members to stay home. However, Kentucky Republican Rep. Thomas Massie, who opposed the bill, attempted to force a full recorded vote.

“I came here to make sure our republic doesn’t die by unanimous consent in an empty chamber, and I request a recorded vote,” Massie said on the House floor.

For his plan to work, Massie needed to show that a majority of the House — at least 216 members — were not present. But hundreds of members had already traveled from across the country to the Capitol to block his procedural move. They gathered into the House chamber keeping as much distance between themselves as possible.

With a majority of members present, Massie’s attempt failed. The bill was passed through the House on a voice vote. The Senate previously passed the aid package Wednesday 96–0.

Massie tweeted that party leaders were blocking a recorded vote “just to insulate members of Congress from ACCOUNTABILITY.” He took heat from members of both parties, and President Trump went on Twitter to denounce Massie as “a third rate Grandstander” and “a disaster for America.” Trump called for Massie to be kicked out of the Republican Party.

The bill authorizes direct payments of $1,200 to every US resident with a Social Security number who makes up to $75,000 per year. Those who make more than that will see smaller checks, and the payments are phased out entirely for incomes over $99,000. The government will also give $500 for every child in the household.

Other provisions include $500 billion in loans to distressed businesses, $350 billion for small businesses to retain employees, $100 billion for hospitals, and $600 per week in unemployment insurance for laid-off workers, on top of state benefits, for up to four months.

Party leaders celebrated passing the legislation but simultaneously said they expect more aid will be needed as a nationwide shutdown continues for an unknown amount of time. The Senate is scheduled to be in recess until April 20.

Other key parts of the bill include:

Alex Trebek delights viewers with recital of Lizzo lyrics
Nancy Pelosi cites coronavirus death of NYC hospital worker
Popular News
Thousands of people to get £200 direct payment in bank account within days to help with energy bills – how to get it | The Sun
03/07/2022
Stuart Broad builds up to second Virtual Test with Sri Lanka
26/03/2020
Bindi Irwin Made Last-Minute Changes to Her Wedding Due to Coronavirus Lockdown
26/03/2020
Widow on The Repair Shop leaves viewers sobbing
26/03/2020
Coronavirus lockdown: Global quarantine reveals weird fact about humanity
26/03/2020
Recent Posts