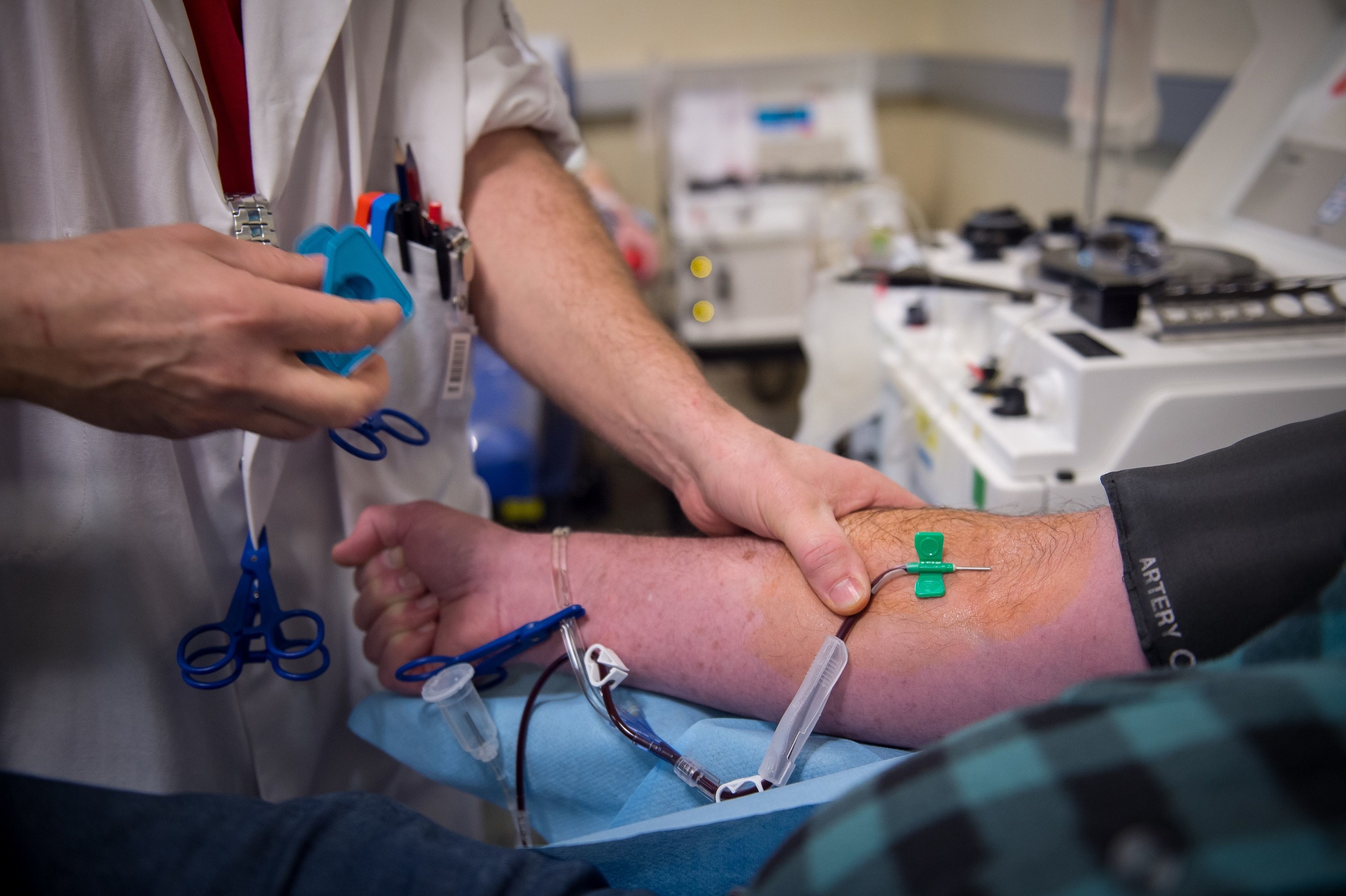 The Food and Drug Administration on Thursday eased its ban on blood donations from men who have sex with men, citing the “unprecedented challenges to the US blood supply” during the coronavirus pandemic.

The new rules allow blood donations from men who have abstained from sex with another man for more than three months; for the past several years, gay and bisexual men couldn’t donate if they’d had sex with a man in the previous year.

Various forms of the ban — which was first implemented in the 1980s as a total prohibition to keep HIV out of the blood supply — were slowly dialed back under the Obama administration, which said screening and tests increasingly ensured a safe blood supply. Even the one-year policy was widely decried as de facto ban for gay and bisexual male blood donors.

But on Thursday, Peter Marks, director of FDA’s Center for Biologics Evaluation and Research, explained the new rules were prudent given that blood “donor centers have experienced a dramatic reduction in donations due to the implementation of social distancing and the cancellation of blood drives.”

“Based on recently completed studies and epidemiologic data,” he added, “the FDA has concluded that current policies regarding certain donor eligibility criteria can be modified without compromising the safety of the blood supply.”

In the scramble to curb the coronavirus pandemic, some medical facilities have announced plans to collect blood plasma — a subset of whole blood that contains antibodies — from those who had overcome COVID-19 and transfuse it to patients who are still sick with the disease. Gay men, however, had complained they were unable to help in the potentially lifesaving program.

The FDA also scaled back other restrictions on blood donations, according to a statement:

Democrat Scott Wiener, a member of the California Senate, said in a statement the policy was “still awful.”

“The celibacy requirement still irrationally discriminates against gay and bisexual men by placing a celibacy requirement on them without placing that same requirement on sexually active straight people,” he continued, adding that “modern HIV testing technology is so accurate and powerful that it will detect any HIV infection that occurred 10-14 days or longer before the donation.”

Even the one-year rule had been blasted by lawmakers as being unscientific and needlessly biased. In 2016, several senators urged the Obama administration “to develop better blood donor deferral policies that are grounded in science, based on individual risk factors, don’t unfairly single out one group of individuals, and allow all healthy Americans to donate.”