TEAM GB stars have found some interesting ways to keep themselves in shape despite this summer's Olympics being KO’d – with some hilarious home workouts.

The Tokyo 2020 Games have officially been pushed back by 12 months after it became clear it would be impossible to go ahead this year because of the coronavirus pandemic. 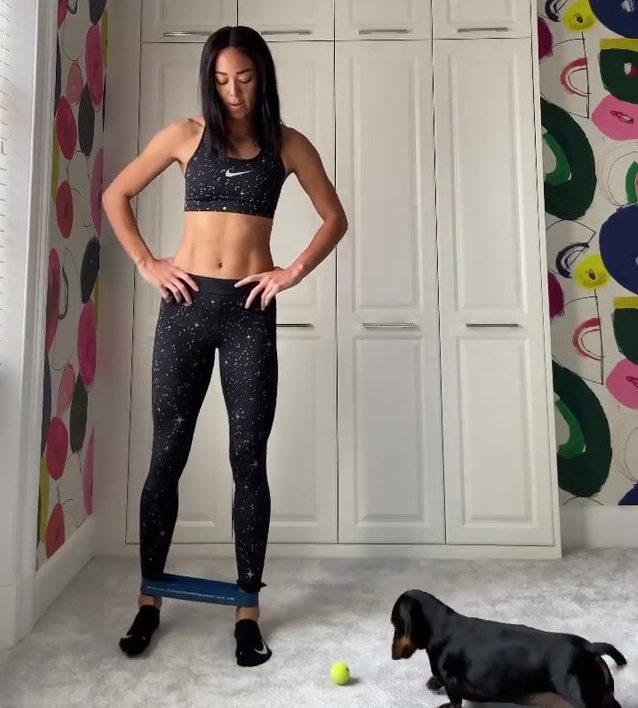 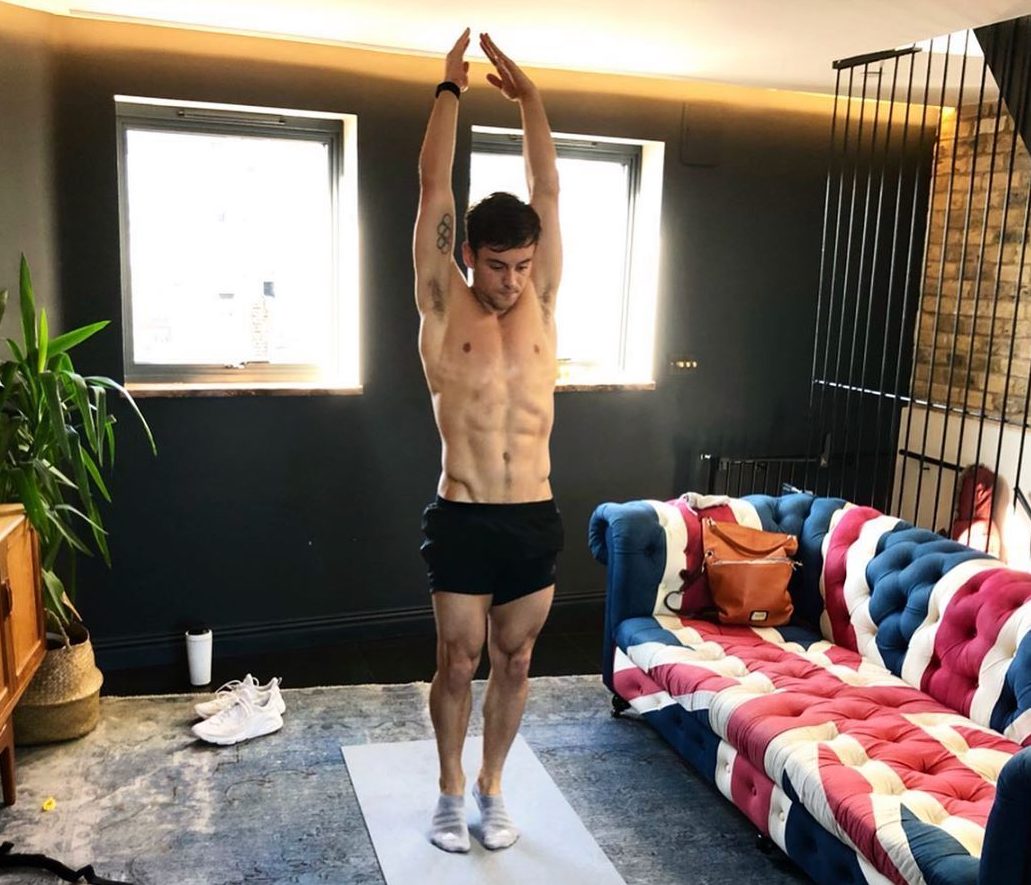 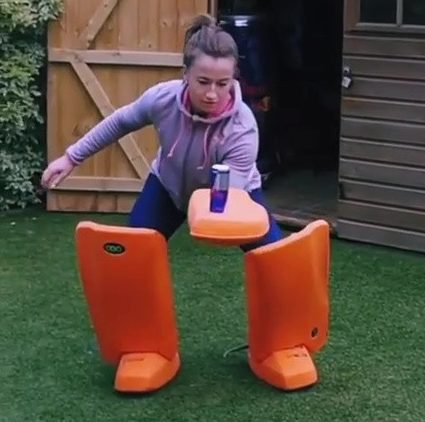 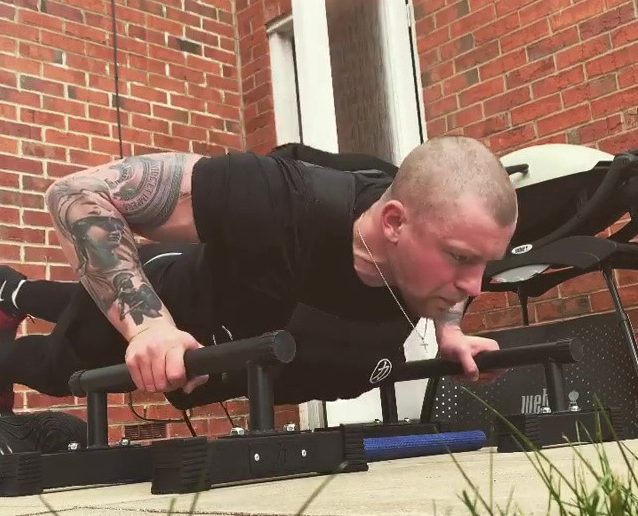 Despite that, British Olympians have eagerly joined the rest of the nation in working from home – by keeping fit with some genius lockdown workouts, including the use of dogs and even BINS.

Mo Farah – the hero of the 2012 London Games and 2016 in Rio de Janeiro – has been keeping his cardio level up by swimming in his garden.

Heptathlete Katarina Johnson-Thompson has been doing fitness workouts from the comfort her bedroom – alongside her playful pooch.

Diver Tom Daley has been recreating his pre-dive routine in his living room – complete with patriotic Union Flag sofa.

Fellow board star Tonia Couch has been boxing in her back-garden in a bid to stay in tip-top shape.

Swimming superstar Adam Peaty has been spending his lockdown time in a slightly different manner – by shaving his hair into a mohican before getting to work in the garden.

Hockey stopper Maddie Hinch showed no signs of quitting her training either.

The Team GB star did some press-ups in her garden with her pet pooch on her back before throwing on full protective gear for another drill involving a can of Red Bull.

But Britain's cyclists have been taking a somewhat more relaxed approach – making the most of their extra year of preparations. 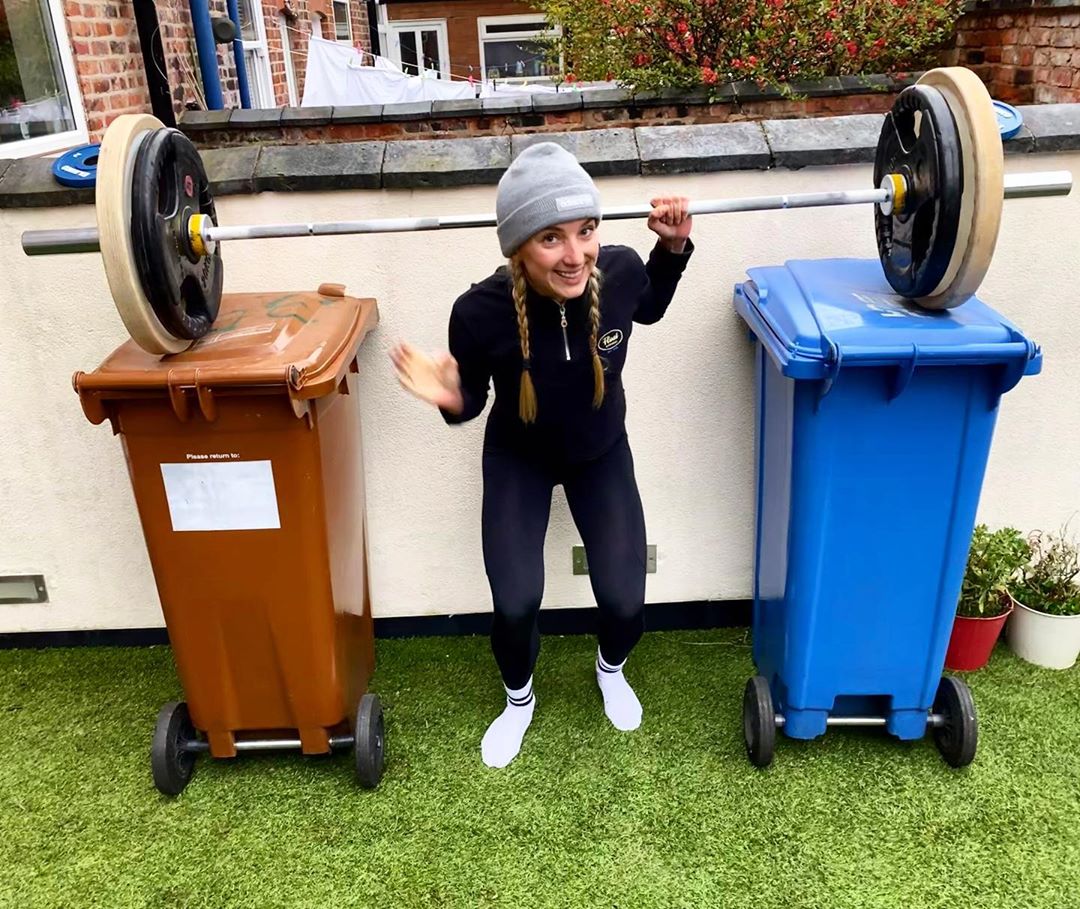 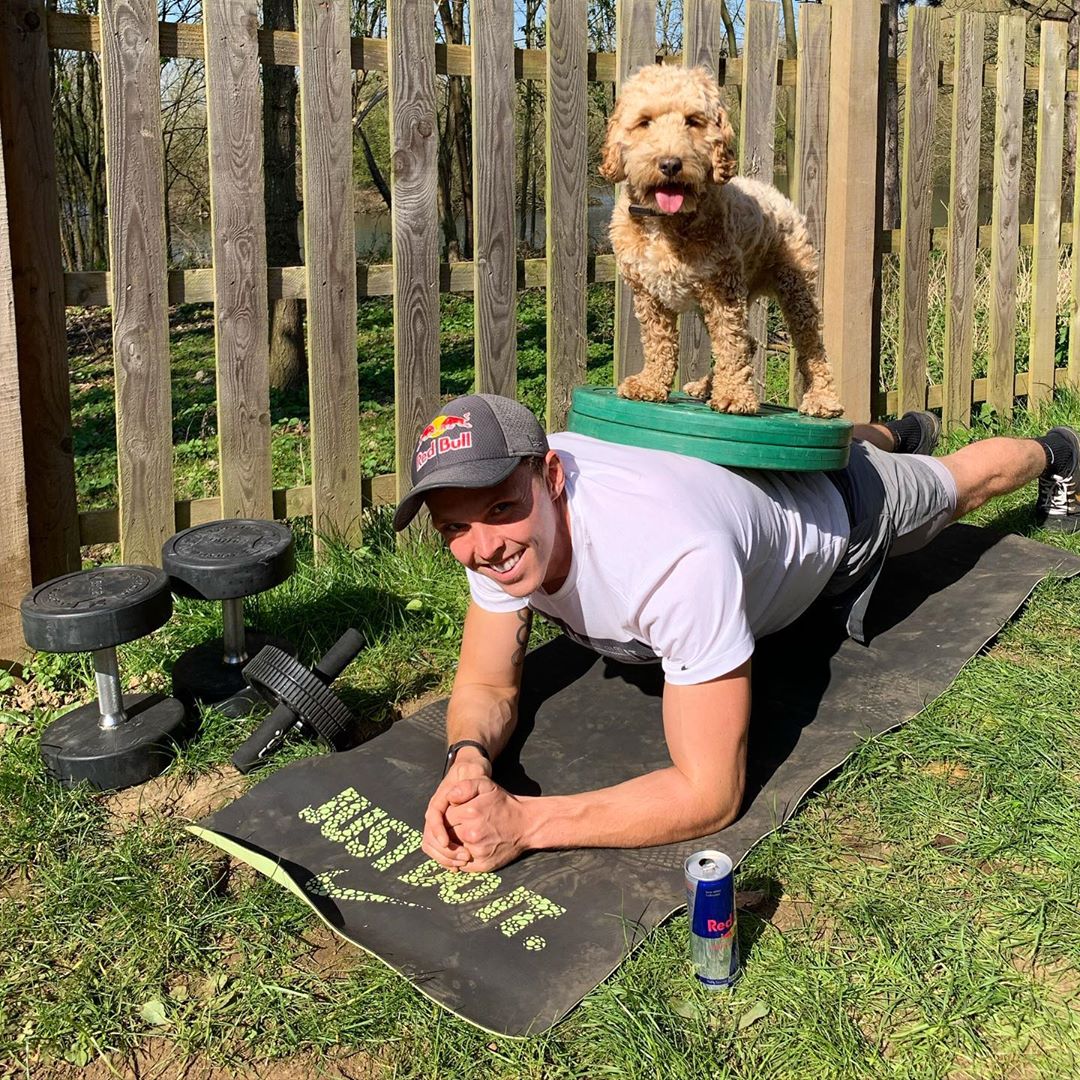 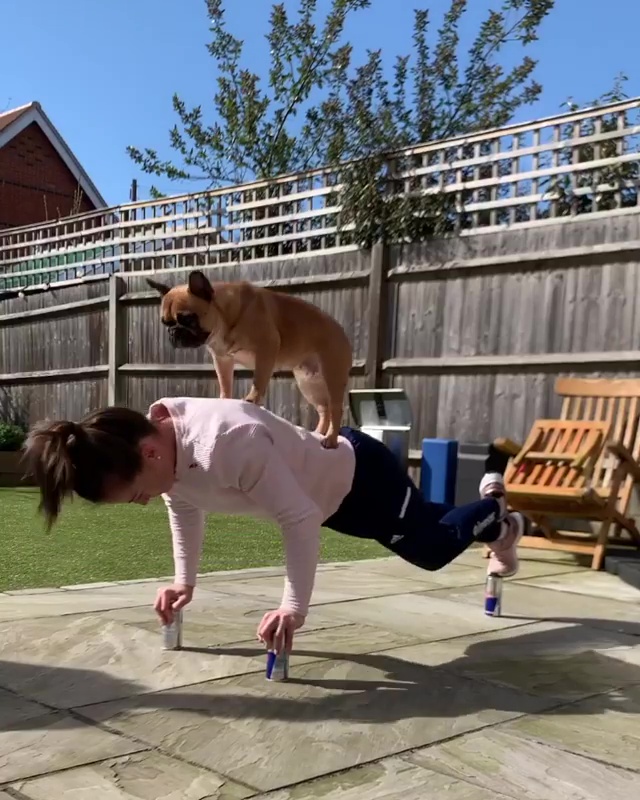 Elinor Barker whipped up some G&Ts thanks to the delay – but did do some squats using her very own rack… made from bins.

Four-time gold medalist cyclist Laura Kenny also took some time away from the bike to show off her sewing skills.

Gymnast Max Whitlock, kayaker Joe Clarke, golfer Justin Rose – who won gold in 2016 – and taekwondo star Jade Jones are amongst the other starts to ensure they stay at 100 per cent from from home. 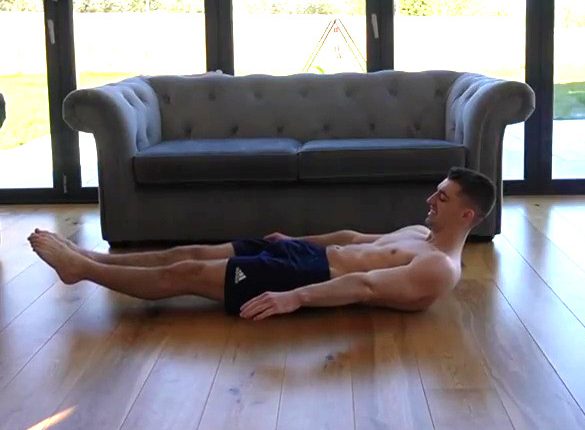 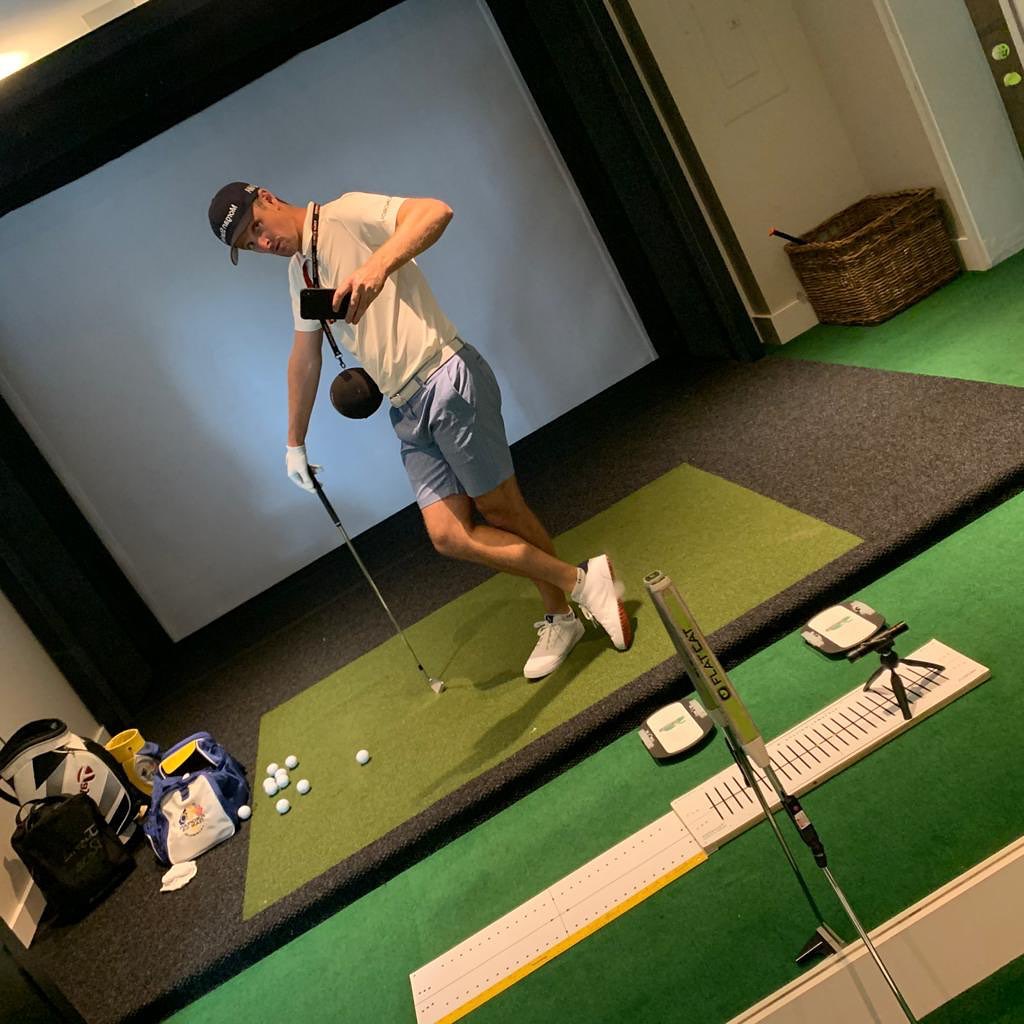 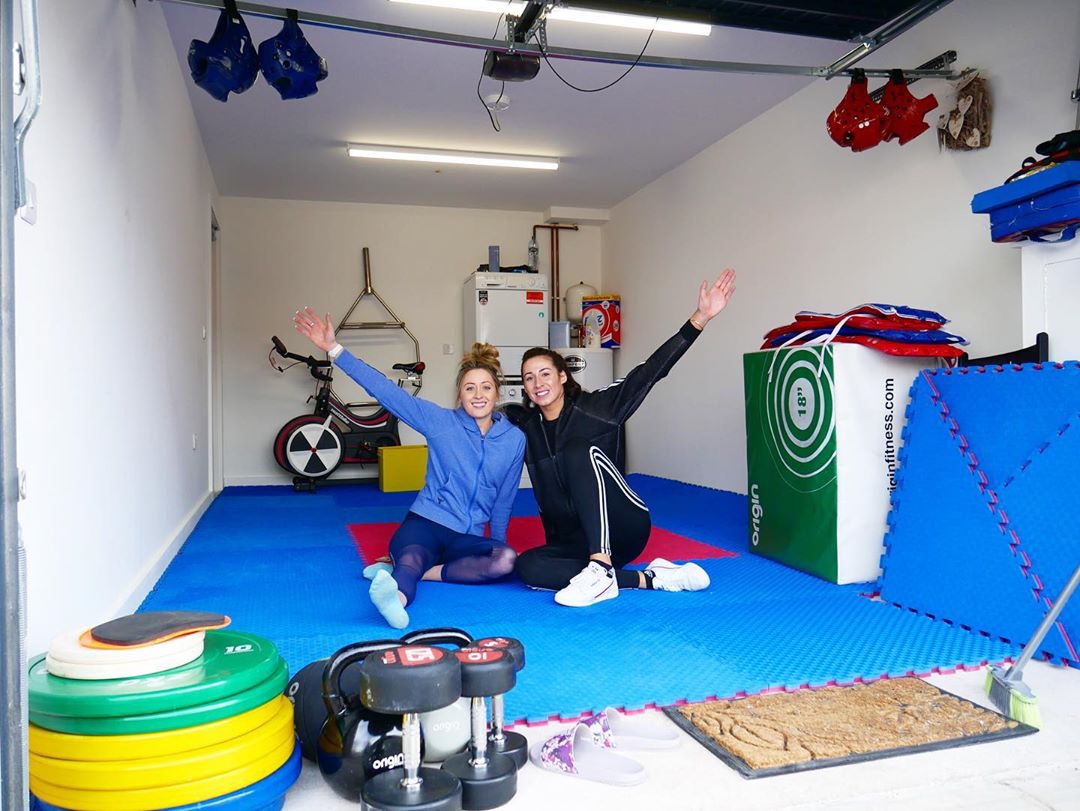