Six Qantas baggage handlers have tested positive to the coronavirus, grounding flights in and out of Adelaide and leaving hundreds of Australians in the lurch.

The airline cancelled seven flights on Tuesday afternoon, including the QF741, which was turned back to Sydney mid-flight. 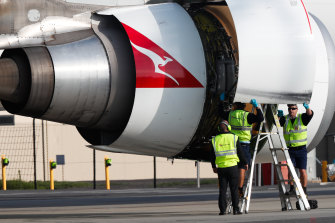 The seven flight cancellations on Tuesday affected travellers between Adelaide and Sydney, Melbourne, Brisbane and Perth.

The six staff have been receiving treatment and Qantas said the airline was working with South Australian health officials to trace the cases.

"Other employees who may have had contact with these employees will be required to self-isolate for 14 days," the statement said.

"We are working to minimise any disruptions to customers who are flying in and out of Adelaide, although passenger numbers are significantly reduced due to government travel restrictions.

"In addition to enhanced cleaning measures introduced since the coronavirus outbreak at airports and on aircraft, we are conducting extensive cleaning of common areas used by these employees in Adelaide." 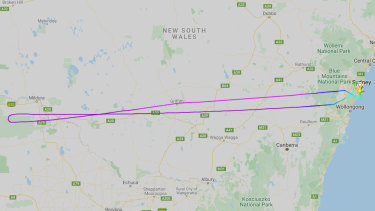 Passengers on the QF741 flight from Sydney to Adelaide had been put up in hotels, Qantas said, and the passengers would take alternative flights on Wednesday.

South Australia's chief public health officer Nicola Spurrier said about 100 workers who operated in the same area might need to self-isolate once tracing was finalised.

"This is a serious situation," she said.

"We are currently talking to Qantas about risk mitigation and there is going to be a requirement for a significant number of staff to go into quarantine."

Dr Spurrier said there was a "relatively small risk" to Qantas passengers who had travelled through the airport, but said health authorities would endeavour to reduce any risks to the public.

"If you have come off a flight [on Tuesday] or in the last 24 hours it may be worth giving your bags a wipe over and also monitoring yourself for symptoms," he said.

She said it was too early to tell whether the six cases were the result of community transmission, but authorities were carefully considering it.

The Transport Workers Union said it was trying to find out what protections were in place for other workers that had contact with those infected.

"We want to know how and when this information became apparent and what steps were taken to minimise the risk to other staff. We are trying to find out what steps Qantas has taken to thoroughly clean the area and equipment that infected staff were operating,” TWU SA branch secretary Ian Smith said.

Sharon Au told to 'go back to China' in racist encounter in France
Sobering reality of how we pay for what’s on ‘the other side’
Popular News
Irene Cara dead – Fame and Flashdance singer dies aged 63 after Oscar and Grammy-winning career | The Sun
26/11/2022
Stuart Broad builds up to second Virtual Test with Sri Lanka
26/03/2020
Bindi Irwin Made Last-Minute Changes to Her Wedding Due to Coronavirus Lockdown
26/03/2020
Widow on The Repair Shop leaves viewers sobbing
26/03/2020
Coronavirus lockdown: Global quarantine reveals weird fact about humanity
26/03/2020
Recent Posts