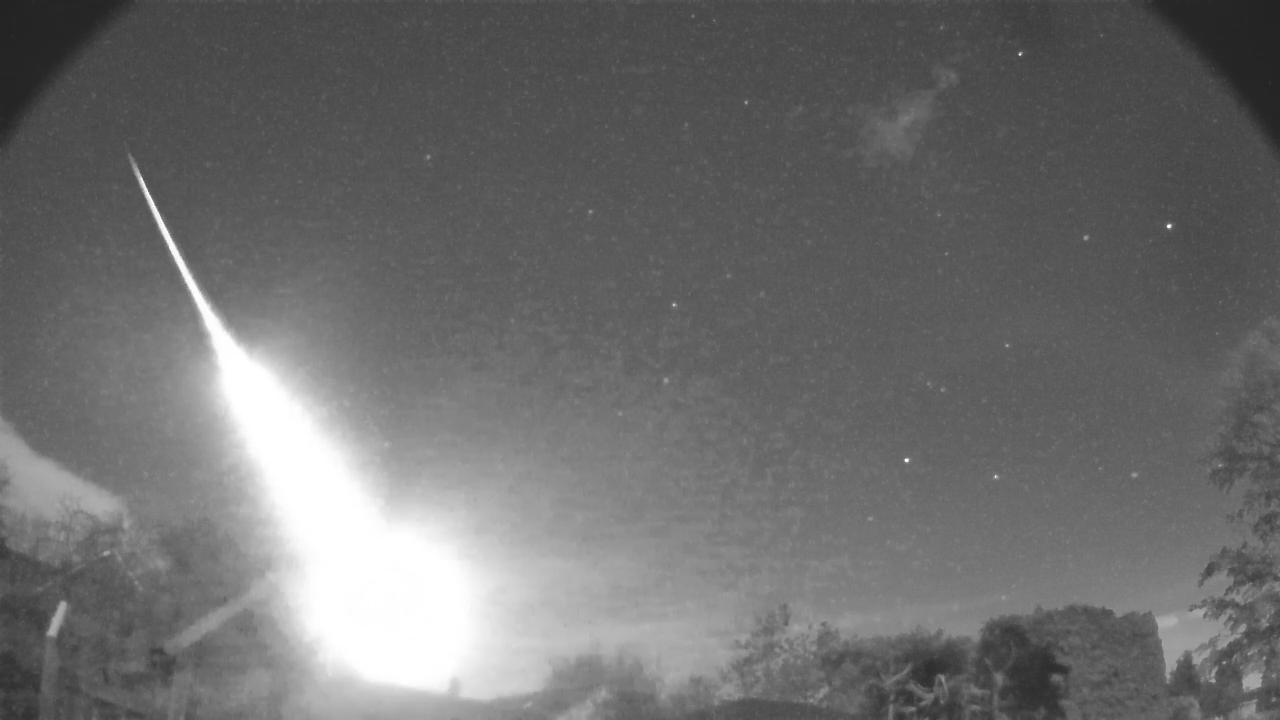 Scientists are calling on Shropshire locals to aid in the hunt for elusive meteorite fragments.

A spectacular fireball seen across the country last Wednesday night may have dropped a meteorite somewhere south of Shrewsbury, according to experts from the UK Fireball Alliance (UKFAll).

Planetary scientists spent the Easter bank holiday weekend combing the Shropshire countryside for fragments of the meteorite with no luck.

They’ve now appealed to the local community to lookout for any space rocks that might have ended up in their back gardens or driveways over the bank holiday weekend.

‘We think about 500g of meteorite survived to the ground in approximately four
fragments just south of Shrewsbury,’ said Dr Luke Daly of UKFAll and the University of Glasgow.

‘Given the amount of wheat in the area, we have been literally looking for a needle in a haystack,’ added Daly.

The UKFAII requested people living in the estimated fall zone of the meteor to keep an eye out for ‘dark shiny rocks in places they shouldn’t be’.

‘But don’t pick it up with your bare hands, use aluminium foil or a sandwich bag!’ they said in a press release.

‘The meteorite won’t be hot and is as safe to handle as any other rock, but please don’t pick it up with your bare hands as that would contaminate the stone,’ said Professor Katie Joy of the Department of Earth and Environmental Sciences at the University of Manchester.

Joy said that the meteor they’re looking for would probably be a glossy black or brown colour, maybe with the dark crust broken off in places.

‘The largest pieces won’t be bigger than an Easter egg, and the smallest could be the size of a mini egg!’ she added.

The meteor might be somewhere rocks aren’t usually found, like on a lawn or footpath said the scientist.

‘Don’t take any risks looking for it and don’t go where you shouldn’t. But if you do find something out-of-place, we’ll certainly be interested to check it out,’ said Joy.

Jacqueline Avant’s Convicted Killer Sentenced To Life In Prison
Cost of mortgages up 20% since December
Popular News
Back pain: Does your lower back hurt? Effective treatments for a herniated disk
05/07/2022
Stuart Broad builds up to second Virtual Test with Sri Lanka
26/03/2020
Bindi Irwin Made Last-Minute Changes to Her Wedding Due to Coronavirus Lockdown
26/03/2020
Widow on The Repair Shop leaves viewers sobbing
26/03/2020
Coronavirus lockdown: Global quarantine reveals weird fact about humanity
26/03/2020
Recent Posts