Nine seats including the electorate of senior Andrews government minister Martin Pakula will be abolished before next year’s Victorian election.

The redistributions were finalised in a decision provided by the Electoral Boundaries Commission on Thursday. They respond to significant population growth, particularly in Melbourne’s booming outer fringes, shifting more than 900,000 voters into new districts. 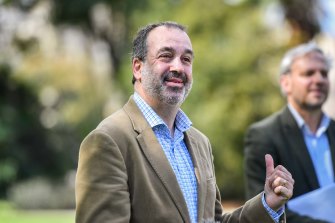 The electorates of Altona, Buninyong, Burwood, Ferntree Gully, Forest Hill, Gembrook, Keysborough, Mount Waverley and Yuroke have been wiped off the electoral map.

They will be replaced by the seats of Ashwood, Berwick, Eureka, Glen Waverley, Greenvale, Kalkallo, Laverton, Pakenham and Point Cook.

Victoria’s electoral boundaries are generally reviewed after every second election to ensure a fair distribution of voters. With suburbs expanding at different speeds, each seat required to be within 10 per cent of the average.

Responding to draft changes that were circulated in June, party strategists viewed the redistribution as a net gain for Labor. The party typically enjoys support in the growing outer suburbs whereas Melbourne’s east – traditionally a Liberal Party stronghold – would lose seats.

But a boundary adjustment for the rural seat of Ripon, which shadow treasurer Louise Staley holds by a slender margin of 0.4 per cent, was not as significant as first drafted.

The June proposal was expected to deliver Labor the seat, north-west of Melbourne, with a margin of about 2.6 per cent according to ABC analyst Antony Green.

Ms Staley was yet to see final predictions late on Thursday morning but expected the result to be better for her prospects than the June draft.

“On the look of it, the commission has come to the conclusion that the way it had divided Ballarat before didn’t have support, really, from anyone,” she said. 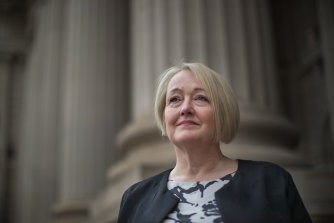 Ripon is likely to remain marginal, but Ms Staley said she would continue to “work hard and hopefully, they vote for me”.

Mr Pakula holds the south-east Melbourne seat of Keysborough, which is set to be abolished. He holds the portfolios of tourism, sport and industry recovery and has been an MP since 2006.

“So what the hell happened to Keysborough?” he said on Twitter.

Given his seniority, he could be accommodated in a different seat. There was speculation he might retire before next year’s election, but it’s presently expected he will recontest if an appropriate electorate can be found.

Former MP John Pesutto, who lost the seat of Hawthorn at the 2018 election, confirmed on ABC Melbourne radio on Thursday that he would stand for preselection to recontest the seat.

The changes, confirmed after the commission considered 152 submissions to its draft proposal, will come into effect at the November 2022 poll.