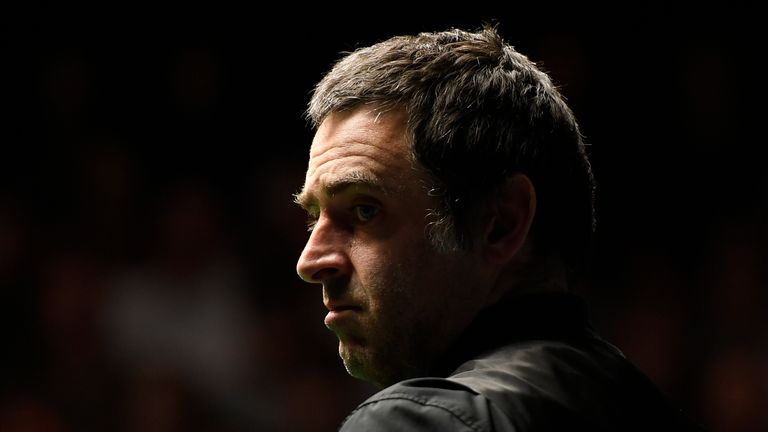 Ronnie O’Sullivan is prepared to take the slow road into the record books as he prepares to kick off his bid for a sixth world snooker title at the Crucible on Sunday against the fastest current player in the game.

O’Sullivan famously delivered a 147 in five minutes and 20 seconds in his match against Mick Price in the 1997 Championships but says he has no intention of trying to keep pace with Thai qualifier Thepchaiya Un-Nooh, who has been timed at less than 17 seconds per shot.

“For a lot of years I played and made maximums in five minutes and 20 seconds and I would be the most exciting player on the circuit and everyone would bang on about it, but I would not win much,” O’Sullivan said.

“It is quite disappointing when you do all that but have no silverware to back it up. The bottom line is about the wins at the end of the day. I had to change my game to be a more consistent player and sometimes you have to adopt a different approach.”

44-year-old O’Sullivan forged an unlikely alliance with former world champion and safety maestro Ray Reardon prior to his 2004 title win, and is now one away from a victory which will see him equal Steve Davis for titles in the Crucible era.

O’Sullivan is clearly content to be starting his quest against the Thai, who is making his third consecutive Crucible appearance having pushed eventual champion Judd Trump to a final frame decider in their first round match last year.

But his often-fraught relationship with the sport is never far from bubbling to the surface. Having berated the authorities for treating players like “lab rats” this week, by initially allowing limited fans into the Crucible, he went on to shrug off the historic implications of a potential sixth world crown.

“For me it is like an addict who needs to feed his habit,” added O’Sullivan.

“It is not about tournament – they are all the same – for me it is about feeding that habit whenever I need to. To be honest, I don’t really care and that is the truthful answer.

“For me, snooker has become a bit of a dirty sport over the last 10 years in many ways, and for me to get grubby every day of the week is just not going to work for me. I kind of just take the cream out of it and just let the others fight over all the other bits and pieces.

“It is their time. My time has been and gone, but I’m a little bit like Tiger Woods and [Roger] Federer, because I was so good, even at 60 per cent I am capable of holding my own against most of the players, and that is probably why I am still hanging around.”

Aside from his near-miss against Trump, Un-Nooh also impressed on his Crucible debut two years ago, when he was beaten 10-7 by the eventual losing finalist John Higgins.

And he is one of the few players to boast a winning record against O’Sullivan, having won their only previous meeting 5-4 at the 2014 German Masters.

Related posts:
Prince William's Staff Has Banned Him From Tweeting
Robert Jenrick reveals plans to hand automatic approval to hospitals
Popular News
New York Dolls Guitarist Sylvain Sylvain Dead At 69
16/01/2021
Stuart Broad builds up to second Virtual Test with Sri Lanka
26/03/2020
Bindi Irwin Made Last-Minute Changes to Her Wedding Due to Coronavirus Lockdown
26/03/2020
Widow on The Repair Shop leaves viewers sobbing
26/03/2020
Coronavirus lockdown: Global quarantine reveals weird fact about humanity
26/03/2020
Recent Posts
This website uses cookies to improve your user experience and to provide you with advertisements that are relevant to your interests. By continuing to browse the site you are agreeing to our use of cookies.Ok