Rare Michelangelo drawing sold for more than $24M at auction

A rare ink drawing by Michelangelo sold at auction for $24.17 million (23.16 million euros) on Wednesday.

The drawing, known as "A nude man (after Masaccio) and two figures behind," was recently rediscovered, according to an April press release from Christie’s, which held the single-lot auction in Paris.

Michelangelo is believed to have made the drawing as a study of "The Baptism of the Neophyte," a fresco in the Brancacci Chapel in Florence, according to Christie’s.

Reuters reported that the drawing is believed to be one of Michelangelo’s early works, from the late 15th century.

The drawing is one of the few works of Michelangelo that is owned privately, according to Reuters. 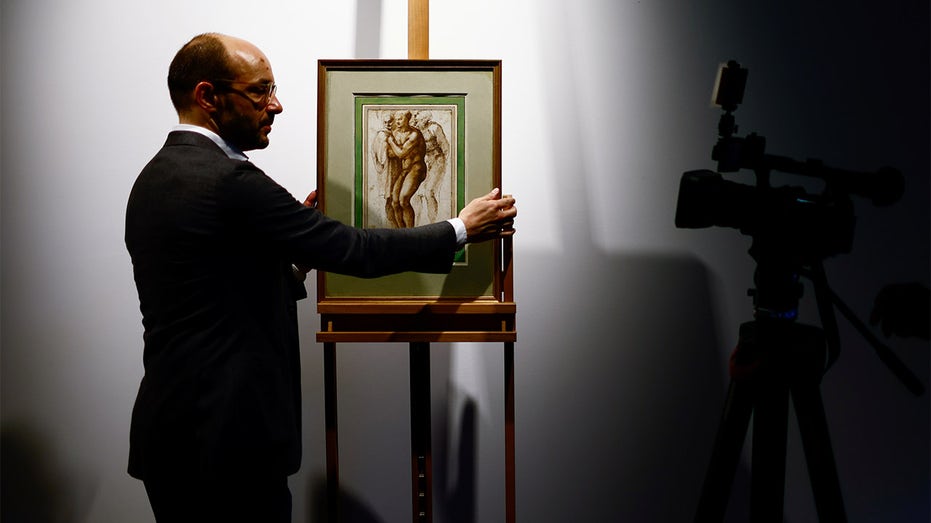 It was previously believed to have been a work from the school of Michelangelo. However, in 2019, a Christie’s specialist realized it was a drawing by Michelangelo himself, according to Reuters.

The outlet reported that the drawing was previously designated as a French national treasure, which meant it couldn’t leave France for 30 months.

That designation has since been removed from the drawing, which allowed it to be sold to collectors anywhere in the world.

Reuters contributed to this report.