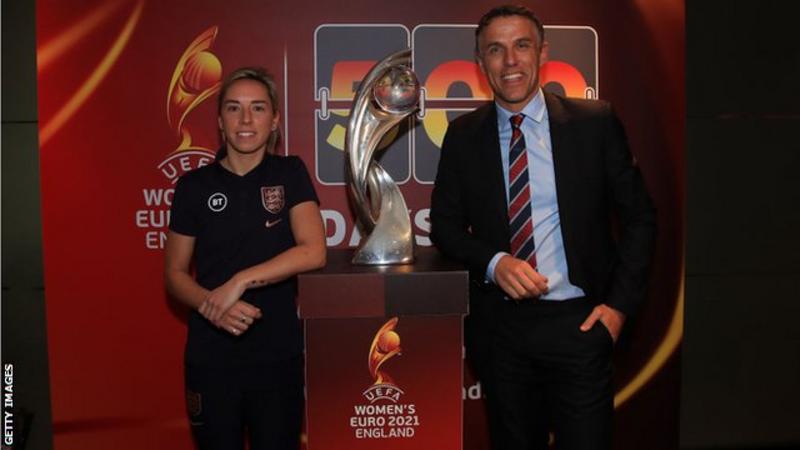 The Olympic Games have been pushed back a year and a postponement of the 2021 Women’s European Championship is also on the cards, so what impact does that have on England manager Phil Neville?

The 43-year-old has just over a year left on his contract and was due to take charge of a Team GB squad in Tokyo this summer.

But with the Olympics now taking place next year and a potential build-up of back-to-back major tournaments in store, will Neville want to stick around? And are the Football Association reconsidering his position?

What do the FA want from Neville?

The FA have publicly backed Neville during a period of poor form which saw England lose seven of their last 11 games – including the loss of their SheBelieves Cup title.

‘Neville remains here to stay’ is the party line and the former Manchester United defender has always enjoyed a close relationship with director of women’s football Baroness Sue Campbell.

He held discussions over the phone with senior FA officials last week, reviewing performances at the SheBelieves Cup, but the question over whether Neville will open talks about extending his contract remains.

Neville, currently tied down until June next year, would need to commit until at least 2022 if Euro 2021 is postponed by a year as anticipated, but in reality would be expected to commit until the 2023 World Cup.

Ideally, Baroness Campbell would want the same manager in place for both major tournaments, avoiding an upheavel in the 12 months between them.

The FA will need assurances that Neville is willing to commit for that period and agree to a two-year extension to his current contract.

Would Neville walk away? 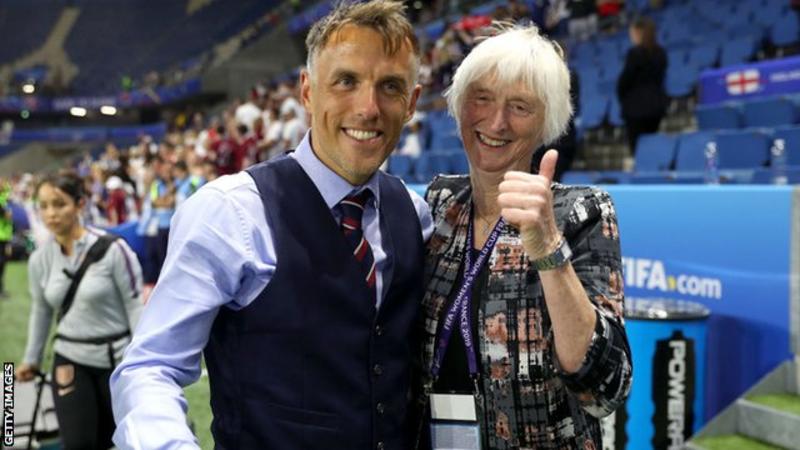 Neville was deflated after England’s defeat by Spain this month and said he held “honest conversations” with players in the dressing room immediately afterwards.

He said he would walk away if he felt he was not “challenging enough” or was not “motivated enough” to continue.

He appears to have the backing of his players. Lyon winger Nikita Parris and Arsenal defender Leah Williamson both came out to defend him after the 1-0 defeat.

Neville stressed he would protect those players “until the day I walk out of this job” – a deliberate choice of words which could signify his intention to leave on his own accord.

So the question is will Neville see this break in football – and the probable wait for tournament football – as an opportunity to step away?

The former Everton and Manchester United defender may feel he has unfinished business in the men’s game, where he is yet to take on a senior managerial role following an unsuccessful spell as assistant boss at Valencia in 2016.

But there is also the possibility that Neville will see this extra time before tournaments as an opportunity to “go back to the basics” and rebuild a new process with England – something he hinted at while in the US this month.

Who could replace Neville? 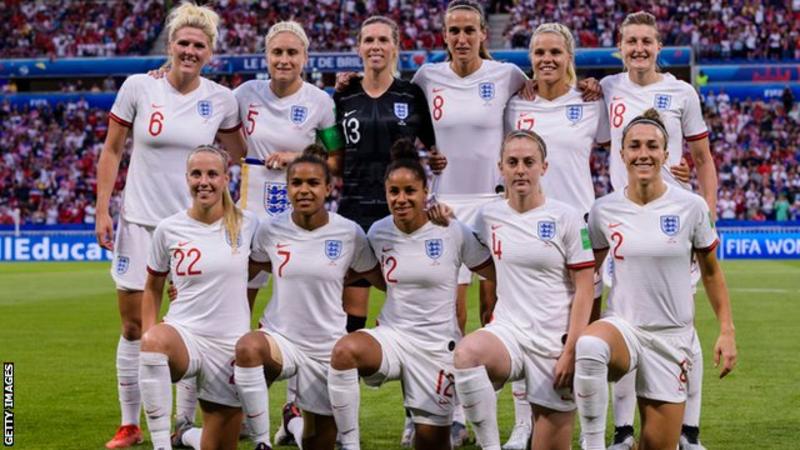 Should Neville decide to go it could be the start of a transition period for England.

Experienced players such as Manchester City duo Steph Houghton, 31, and Jill Scott, 33, – who have been stalwarts of Neville’s team during his tenure – could be nearing the end of their international careers come 2022.

The young players who impressed in the US will be aiming for selection for the Euros and the FA could be keen to bring in a manager with a proven record in the women’s game to help with this process.

When recruiting Neville, it was clear they saw his playing experience in the men’s game as an asset to help grow the women’s game but England need to assess whether achieving positive results is more important than possessing a high profile manager.

The ex-USA head coach Jill Ellis – a two-time World Cup winner and former development director of the US Soccer Federation – is a free agent after leaving the world champions in the summer.

Baroness Campbell has already shown ambition in recruiting “the best in the world” with her recent appointment of Ellis’ former USA colleague Dawn Scott as senior physical performance manager. 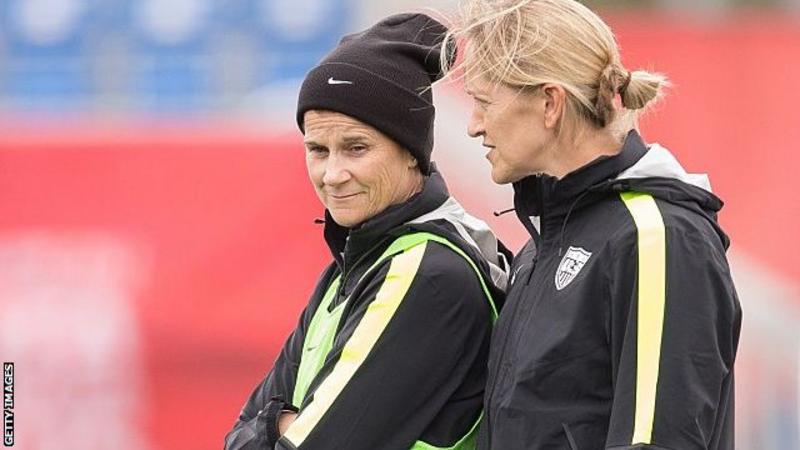 And what about those managers already proving themselves in the Women’s Super League?

Chelsea boss Emma Hayes has won two WSL titles during her eight-year spell at the club and is expected to be interested in the England job, but the timing might not be right.

She still has club ambitions – winning the Champions League is a clear goal and that has been shown by Chelsea’s ambitious business in the transfer window recently.

Manchester United’s Casey Stoney made over 100 appearances for England as a player – a number of those as captain – and was on Neville’s coaching staff after retiring in 2018.

But Stoney signed a contract in November committing her to United until 2022, so would promoting the Lionesses’ assistant head coach Bev Priestman be a viable option to oversee England in the meantime?

The luxury of having these major tournaments delayed is that the FA have time to recruit smartly but they must use it wisely.

Kim and Kourtney Kardashian's savage fight gets David Attenborough treatment
'Curb Your Enthusiasm': Why Cheryl Hines Takes Her Poker Game Seriously
Popular News
Thousands of people to get £200 direct payment in bank account within days to help with energy bills – how to get it | The Sun
03/07/2022
Stuart Broad builds up to second Virtual Test with Sri Lanka
26/03/2020
Bindi Irwin Made Last-Minute Changes to Her Wedding Due to Coronavirus Lockdown
26/03/2020
Widow on The Repair Shop leaves viewers sobbing
26/03/2020
Coronavirus lockdown: Global quarantine reveals weird fact about humanity
26/03/2020
Recent Posts