O2 CUSTOMERS are being warned to stay alert and not to fall for scams about updating their payment details.

Fraudsters have been texting O2 phone numbers and saying bill payments have not gone through and they need to change their bank information. 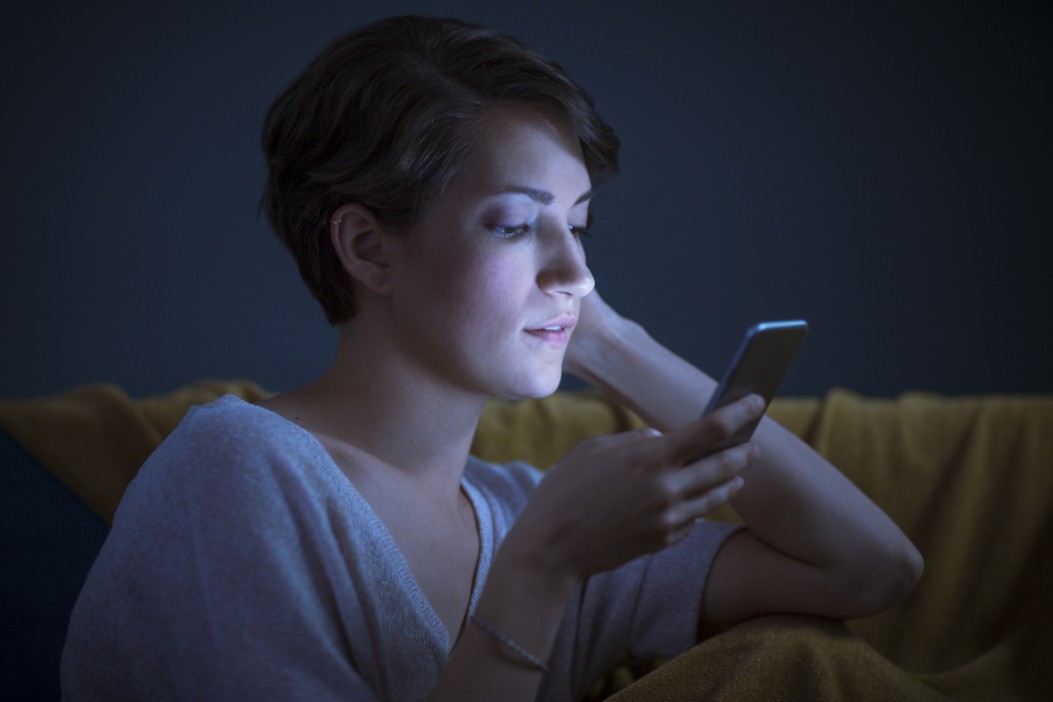 The fake message reads: "O2: Payment for your latest bill could not be processed by your bank. Please update your information via" before a including a link which leads to a fake website.

A spokeswoman from O2 said: "This looks to be an example of an SMS phishing (smishing) scam where fraudsters will send out fraudulent links in the hope that a customer clicks and enters personal details."

"O2 would never email, text or call customers and ask for a one-time code, password, or other security information set up on their O2 account." 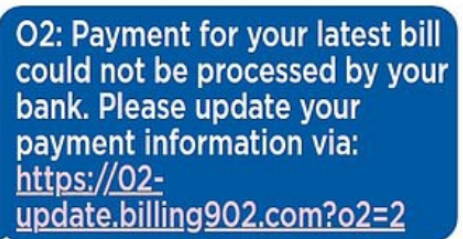 If you do receive a suspicious looking message, then you should report it to O2 on by forwarding text messages on to 7726 and emails to [email protected]

The phone network said it was alerted to the scam by The Mail On Sunday, who had received a report of a scammer trying to steal someone's details.

If you think you've received a fraudulent message, email or call, you can report it to ActionFraud or email the government's new phishing report service: [email protected]

O2 also has a page on its website which gives its customers guidance about what to do if they've received a suspicious message.

How can I tell if the message is from a scammer?

O2 has revealed some signs from fraudsters which show their messages are fake.

Receiving a suspicious email, text or voice call won’t harm you in anyway. It’s only dangerous if you interact with it. Remember:

It's not the first time the network's customers have been targeted by thieves.

In 2018, they were being offering fake refunds following network problems.

And last year hundreds of O2 and EE users were stung by another phone scam.

Action Fraud has revealed there have been a spate of scams during lockdown this year as fraudsters try and steal cash from unsuspecting Brits.

HOUSEHOLDS with a TV licence have been receiving fake emails telling them their TV licence is ending soon.

People have also been "selling" face masks during the quarantine.

And EasyJet customers have lost up to £2,750 each after a data breach.

Related posts:
Gordon Banks' miraculous save from Pele will live on forever
Colin Kaepernick will be considered a ‘hero’ like Pat Tillman: Brett Favre
Popular News
HUMAN MADE and adidas Originals Look to Archives for New Tokio Solar HM
18/09/2020
Stuart Broad builds up to second Virtual Test with Sri Lanka
26/03/2020
Bindi Irwin Made Last-Minute Changes to Her Wedding Due to Coronavirus Lockdown
26/03/2020
Widow on The Repair Shop leaves viewers sobbing
26/03/2020
Coronavirus lockdown: Global quarantine reveals weird fact about humanity
26/03/2020
Recent Posts
This website uses cookies to improve your user experience and to provide you with advertisements that are relevant to your interests. By continuing to browse the site you are agreeing to our use of cookies.Ok