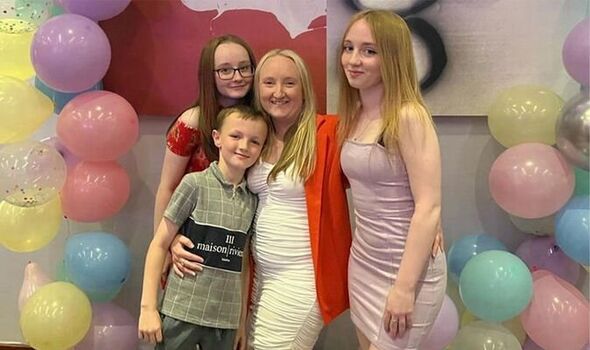 A mum-of-three has told of how she feared she was being a “hypochondriac”, months before receiving a devastating diagnosis.

In April 2021, Kerry Harris began to experience “terrible fatigue”. Originally, she put this down to long hours and family life, but as it got progressively worse, she visited the GP who told her she was lacking in vitamins. However, she soon started to come out in around 50 bruises on her legs prompting her doctor to order blood tests.

In June, she was told her white blood cell count was low and a referral appointment was made for October 25. Kerry thought it “wasn’t serious because it wasn’t being rushed” but, over the next few months, she started experiencing night sweats, more bruising and “lost a lot of weight”.

Come September, her gums were bleeding and she had a severe sore throat which had appeared to have come on in 24 hours. During a subsequent visit to the walk-in, she was given antibiotics and told she had severe tonsillitis. During this time, Kerry told the Liverpool Echo that she felt like she was being a “hypochondriac” and she was “worrying over nothing”.

Her bleeding gums continued and one day when out walking with her friend, Kerry was “struggling to breath” and couldn’t talk due to “swallowing blood constantly”. Soon after she came out in a rash on her stomach that wouldn’t go away and, worried it could be meningitis, she said goodnight to her kids and went to A&E.

She said: “I was just getting worse, I felt absolutely awful. I got to A&E at 9.30pm and the triage at Whiston was brilliant. She said I needed blood tests right away, my friend Jay was sat with me, and 45-minutes later they called me back in, I knew it wasn’t good.

“I know you shouldn’t but I was reading online and had leukaemia in the back of my mind. But she basically told me that I wasn’t going home tonight. Within ten minutes, a brilliant haematology nurse came who told me I had cancer. The next two weeks were a blur, I was in hospital and started on treatment and it was a whirlwind.” 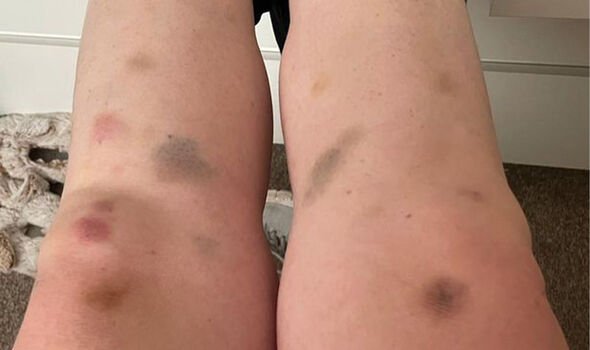 She added: “I wish I’d have pushed for answers more. 70 years ago APL would be the most deadly, but now it’s very curable, but it is quite rare. There was about eight of us in the region diagnosed over the last year which is high.

“It’s about knowing your body, if you don’t think something is right go back to the GP. Keep requesting blood counts if you’re not 100%. It’s being aware and determined to find out what is the matter. It is scary to think if you leave it longer the outcome can be worse. I was really lucky I went in when I did, it could have been another outcome. Had I waited for my appointment I may not be here.”

Now in remission, friends and family threw Kerry a surprise party in June of this year and it was there she decided that she wanted to “give something back” to the staff that helped her during those difficult times. Now she will be putting herself to the test to complete a tandem paraglide later this year for Leukaemia and Myeloma Research UK.

She is sharing her story for blood cancer awareness month, to raise awareness of the signs. She added: “I’ve got three kids, I couldn’t imagine what they would go through if I wasn’t here. 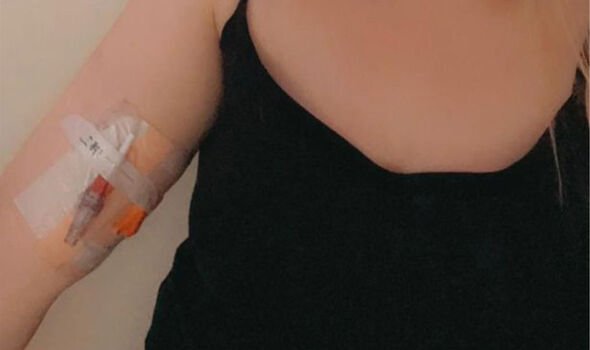 “Know your own body, know when something isn’t right and make sure you go to the doctors. If you have an appointment and you’re still not feeling right, don’t feel like you can’t go back. I felt like I was being a hypochondriac and was worrying over nothing but I wasn’t.”

Anyone wishing to donate to Kerry’s fundraiser can do so by clicking here.

Feeling thankful that she got to ring the bell to signify being cancer-free, Kerry added: “I’d like to thank my children Lauren, Lilly and Jack for being truly amazing through this tough time, my family, Jay Scouler, my team and clients at Liverpool trampoline academy, and my doctors and nurses at Whiston.”

The mum-of-three, who works in Speke, went on to urge people to “give blood” if they can do so which can help save lives. More information on donating blood and plasma can be found by clicking here.

APL is an ‘acute’ leukaemia, which means it develops quickly and needs treatment straight away. It is rare and each year, around 160 people are diagnosed with it in the UK.

The condition is more common in adults than children and mostly affects people aged 30 and over. The main symptoms of APL are caused by not having enough healthy blood cells.

Common symptoms can include: