Home » Lifestyle » Michael B. Jordan Reveals the ‘Cool Experience’ He Enjoyed for the First Time During the Pandemic

Michael B. Jordan Reveals the ‘Cool Experience’ He Enjoyed for the First Time During the Pandemic

In the past few years, Michael B. Jordan went from rising star to a bonafide leading man. With Fruitvale Station, he worked with writer-director Ryan Coogler. The pair collaborated again on both Creed and Black Panther. The latter, of course, proved to be a cultural phenomenon. And Jordan has been using his influence in positive ways, even trying new things himself. 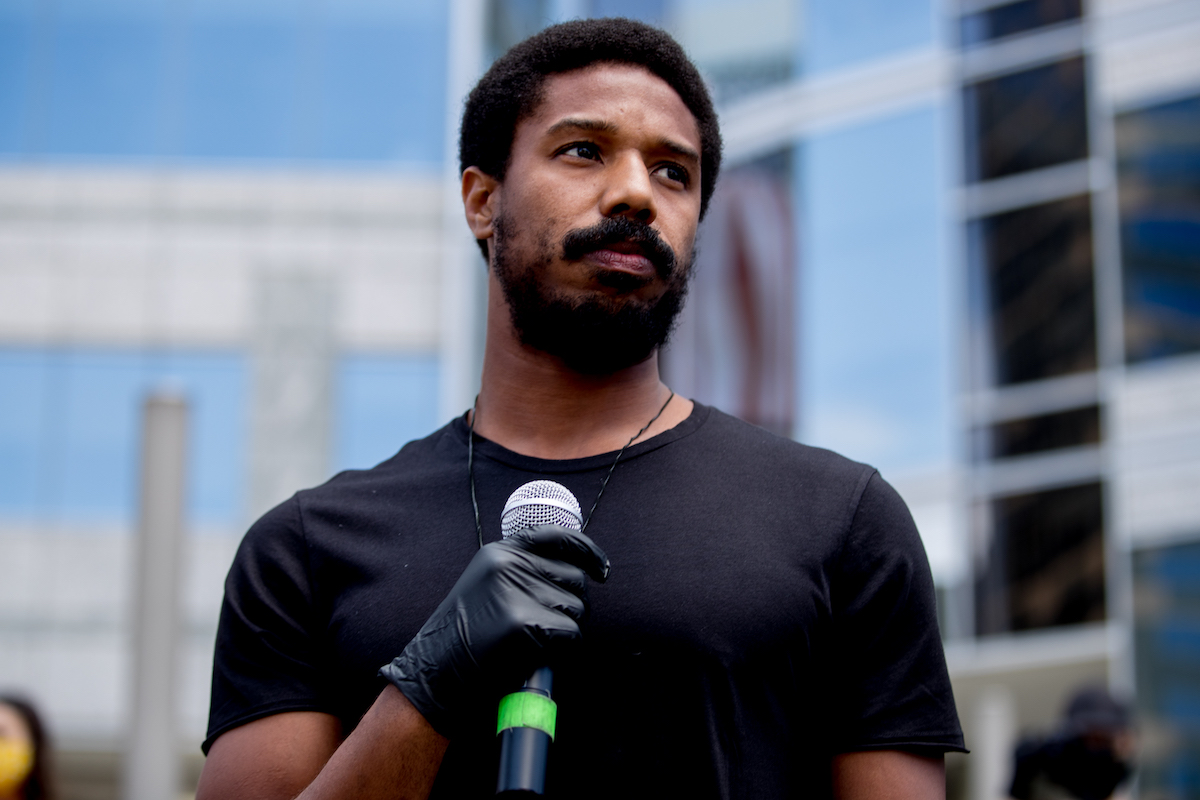 Michael B. Jordan is an advocate and activist as well as an actor

Now that he’s inherited the Rocky franchise and appeared in a Marvel movie, Jordan’s career has skyrocketed. And he’s taken it upon himself to use that fame and clout to make a difference. For instance, Jordan has used his social media following to advocate for a variety of causes, especially those involving rights. He has also participated in peaceful protests as well.

And in his career, Jordan has already begun to focus on telling more diverse and representative stories. In 2019, he starred in and produced Just Mercy, a legal drama based on true events. In the film, Jamie Foxx plays a convicted murderer looking to appeal his case. And Jordan plays the young defense attorney who helps him fight for justice in 1980s Alabama.

The ‘Black Panther’ actor spent summer 2020 at the drive-in

In keeping with his goal of cultural awareness, Jordan teamed up with Amazon for a series of drive-in movie screenings. Films included Crazy Rich Asians, Do the Right Thing, and — naturally — both Black Panther and Creed. But even more interesting than Jordan’s involvement in this project is the fact that he had never attended a drive-in movie before, he told Complex.

“It was cool. It was really cool, man. Just to sit in your car with it. Turn your radio up, speakers up and be able to hear it through your car, pop the trunk and watch it through the back. It kind of gave a camp vibe. Get some snacks and don’t got to worry about anybody telling you, “shh.” It was a cool experience, man. And hopefully this is something that we can continue to do even after the pandemic. ‘Cause I think it might be a nice little bit to kind of keep this thing moving through.”

Jordan went on to explain that he saw the initiative as the chance “to bring a little bit of joy, a little happiness to people that were locked in their homes” during the pandemic. Of course, his isn’t the only effort pushing drive-in theaters ahead. Nationwide, they saw a huge uptick in ticket sales as traditional movie theaters shuttered during the pandemic.

Jordan is also keeping his movie career moving ahead as well. He’s attached to star in and produce Without Remorse, an action thriller based on the Tom Clancy novel. And Jordan will also reprise his title role in Creed 3 at some point, though details are unconfirmed.

According to some reports, Jordan might even be in line to direct the next Creed film. If that happens, he will follow in the footsteps of his co-star Sylvester Stallone. After writing and starring in 1976’s Rocky, Stallone went on to direct four of the sequels between 1979 and 2006.