Michael Avenatti trial: Stormy Daniels testifies against attorney accused of bilking her out of nearly $300K

Stormy Daniels took the stand Thursday in the trial against her former attorney, Michael Avenatti, who is representing himself against allegations that he bilked the adult film star out of nearly $300,000 in book proceedings.

Daniels, whose real name is Stephanie Clifford, faced off against the now-disgraced attorney in the New York City federal courthouse, where Avenatti is standing trial on charges of wire fraud and aggravated identity theft. Avenatti has pleaded not guilty.

Wearing a black dress, black heels and a long burgundy-colored jacket, Daniels told a jury Avenatti "stole from me and lied to me."

The prosecutor asked Daniels to identify Avenatti in the courtroom, prompting Avenatti to stand. 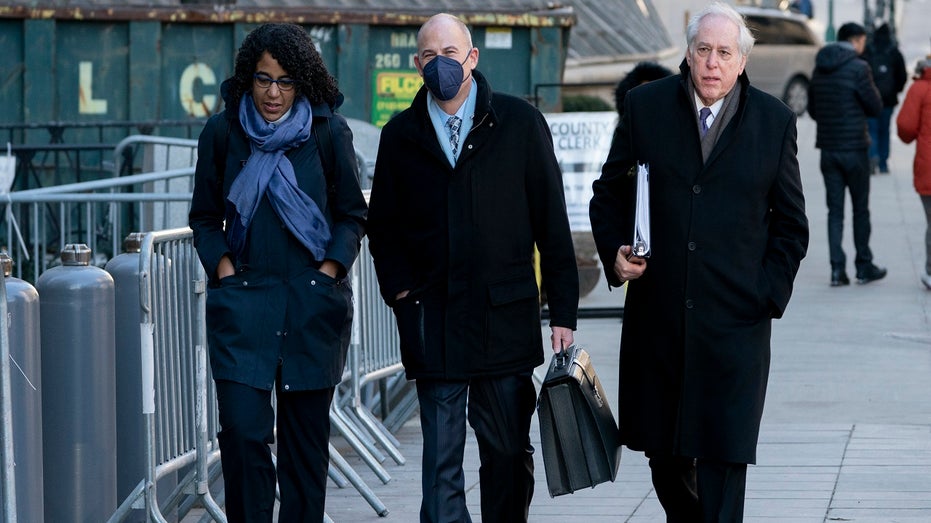 "He's the gentleman standing up in the blue shirt," she said.

Daniels said she had hired Avenatti in early 2018 to represent her in her claims against Trump. Daniels sought legal representation because she wanted to speak publicly about her claims that she had a sexual tryst with Trump more than a decade earlier. She had been paid $130,000 days before the 2016 presidential election to remain silent. Trump has denied the claims.

She said a formal agreement called for her to pay Avenatti $100. She gave it to him in cash at a restaurant in Los Angeles, and he used it to pay for lunch.

She said a crowdfunding website was used to raise $650,000 for Avenatti's representation of her.

Assistant U.S. Attorney Robert Sobelman asked her if she had ever agreed with Avenatti to pay him more than the $100.

Avenatti – who fired his lawyers midday on Tuesday – will cross-examine Daniels after prosecutors first have the chance to question her. 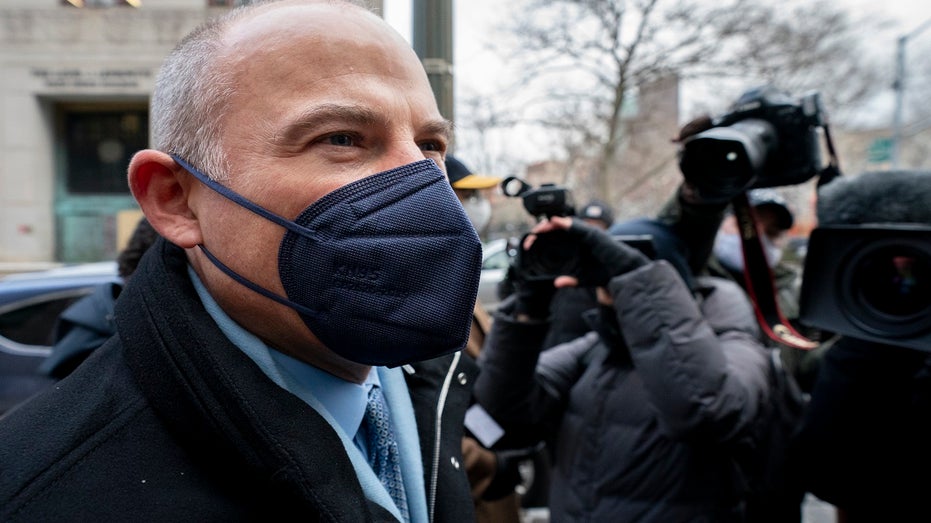 Prosecutors allege Avenatti cheated Daniels of nearly $300,000 she was owed from an $800,000 advance as part of her book deal.

The 50-year-old denies it, saying it was always understood that he would share in the proceeds of some of Daniels’ projects, including the writing of her autobiography, particularly because an agreement the pair signed only required Daniels to pay him $100.

Fox News' Marta Dhanis and The Associated Press contributed to this report.