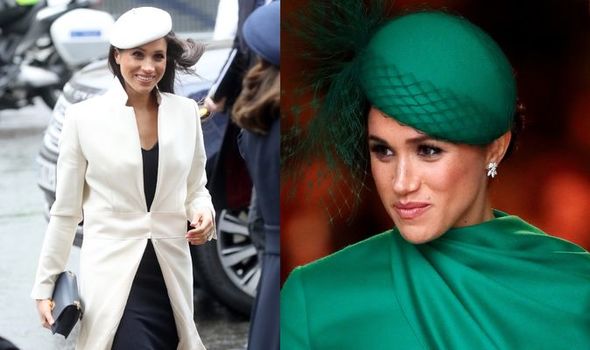 There was a tragic symmetry to Meghan Markle’s first and last outings to Westminster Abbey. The same service, in the same month, just two years apart and things could not have been more different for the couple, who had been through a wedding, the birth of their first child and the decision to leave the Royal Family and relocate across the globe.

Meghan first stepped through the gates at Westminster Abbey with the British Royal Family in March 2018.

It was two months until her wedding, and she wore her engagement ring from Harry on her left hand with pride, bushing her hair from her face with her left hand, flashing her diamond like any excited bride to be.

She and her fiancee Prince Harry walked into the famous British place of worship behind Prince William and Kate Middleton, who was pregnant with her third child.

It was the 2018 Commonwealth Day service, and an outing that cemented Meghan’s place among the senior royals, for the time being. 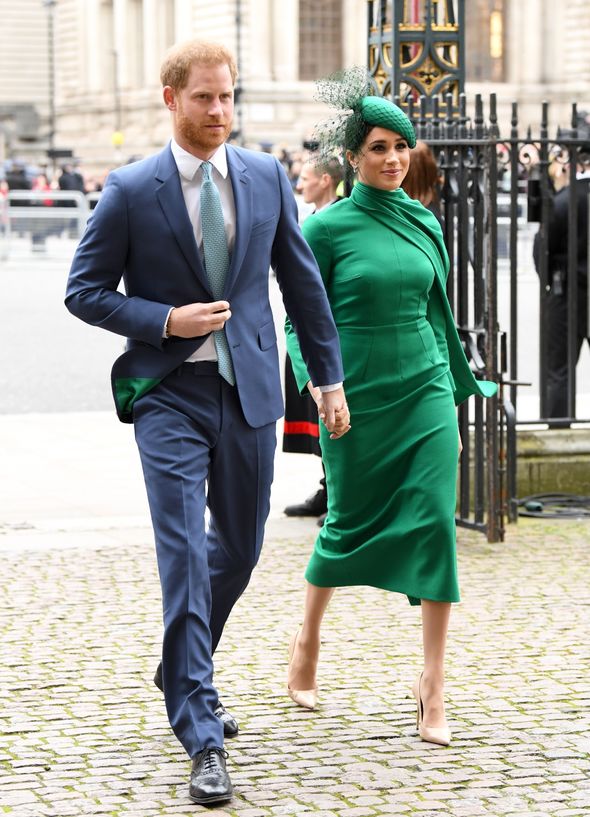 It was to be the Duchess of Sussex’s last ever outing as a senior member of the Royal Family, as she and her husband had announced their intention to leave the Royal Family as working members via Instagram in January.

While Meghan wore bridal white with the Amanda Wakeley “Crombie Coat” and a matching low-key beret hat in 2018, in 2020 she wore an show-stopping emerald green look with a huge fascinator and cape-detail.

Looking at 2018 images, the expert said: “Meghan appears to be taking tips from Kate here, sporting a similar small clutch bag, but unlike Kate she holds it with both hands and close to her body in what looks like a barrier gesture, creating an impression of vulnerability.

“She also listens intently to Harry when he talks to her as though keen to take instructions at this very formal royal occasion.”

Turning to this year’s show, Judi claimed: “By 2020 we have Meghan the virtual super-hero, dressed in block-colour emerald and with her cape flying out behind her.

“This is assured, high statement power-dressing, and the way Harry’s suit has matching lining emphasizes their team values and squad goals.”

After making her intentions to move to the US clear, Meghan is “visiting as a celebrity and a star in her own right rather than a fledgling member of the royal firm,” Judi said. 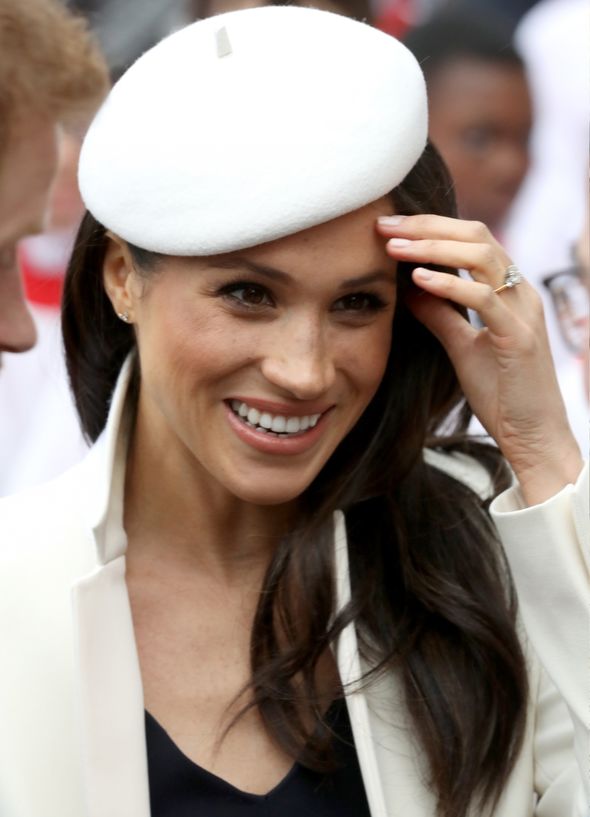 What is more, the Duchess of Sussex appears far less eager to please than in her early outings with the so-called “Firm”.

“Her hair is in a tight, uncompromising bun and she has dropped the cute and slightly tentative body language for the look of a confident woman who is there to protect her mate,” Judi explained.

“Her pelvis is pitched forward slightly as she takes a wide stride across the cobbles and her bag arm hangs at her side rather than performing a body-cross comfort barrier.

“As Harry fiddles with his jacket it now looks as though it’s Meghan muttering the motivational messages rather than the other way round and her beaming, raised-chin smile suggests the woman who looked keen and slightly anxious to be joining the royal firm back in 2018 is now feeling relieved and much more assertive to the point of victorious now that she’s leaving two years later.” 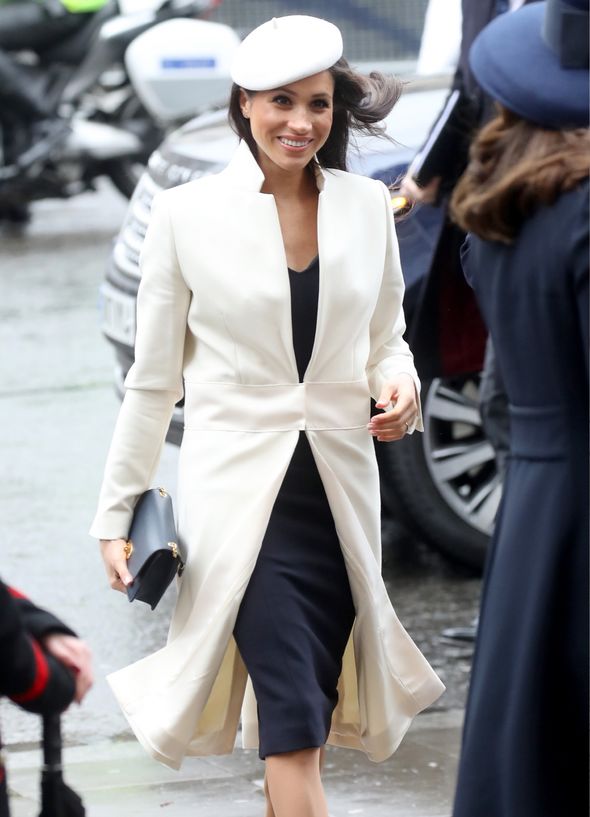 It was recently revealed that Kate Middleton began dressing for her Queen role after Meghan joined the Royal Family.

In April 2019, less than a year after Meghan married into the Royal Family, Kate hired new help in the style department.

While her trusty stylist of many years Natasha Archer was on maternity leave, Kate enlisted the help of fashion editor Virginia Chadwyck-Healy.

Natasha Archer still holds the position, but Virginia has worked with Kate on her outfits during the maternity leave, and after.

An expert explained why Kate upped the ante in the style department.