Meet the White House philanderers who even trumped Trump!

All the President’s women: JFK said daily sex with new conquests staved off migraines, while Lyndon Johnson had a buzzer to warn of his wife’s approach. From raging libidos to love children, meet the White House philanderers who even trumped Trump!

Book of the week

The push and drive required to succeed in politics is connected, says Eleanor Herman, with other characteristics such as ‘impulsivity, restlessness, recklessness, contempt for the advice of others, and over-weening pride’.

Indeed, presidents, prime ministers, kingpins and potentates can seem thoroughly bonkers, with their euphoria, wild mood-swings and ‘a denial that anything is wrong’.

Nowhere is all of this more evident than in the bedroom — or in the case of Warren Harding, president of the United States from 1921 to 1923, the wardrobe, where he shut himself away with debutantes, actresses, wives, widows, prostitutes and teenagers, ‘to muffle the noise’.

Power, vouchsafed former U.S. Secretary of State Henry Kissinger, ‘is the ultimate aphrodisiac’. Donald Trump’s private jets, lewd remarks to and about women, and gold-leaf penthouse apartments are only the latest manifestation. 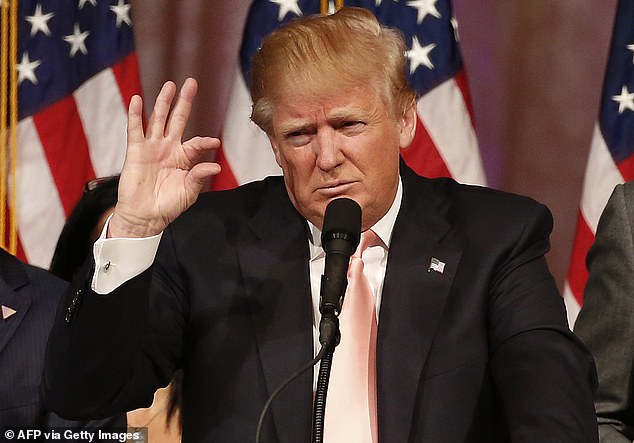 Eleanor Herman takes a look back at the women that each president of America has been involved with, in her book

For example, Thomas Jefferson, president from 1801 to 1809, had affairs with one of his slaves and produced mixed-race offspring, to whom his shoe buckles, spectacles and an ink-well were passed on. Aaron Burr, his vice president, passed through Washington ‘deflowering virgins, seducing wives, raping slaves and taking bribes’.

Grover Cleveland, president from 1885 to 1889, was another rapist. He invited Maria Halpin — a tall, pretty young widow — to dinner and, as soon as they were alone, ‘by use of force and violence’ had sex with her.

In the brutal culture of those days, the woman’s resistance was considered ‘spirited foreplay’. Pregnancy was only ‘a sure sign she had enjoyed the sex’.

The resulting baby was placed in an orphanage. Maria began to drink, so was ‘committed against her will’ to an asylum.

With breathtaking hypocrisy, Cleveland made speeches about ‘honesty, responsibility and clean government’.

Stormy Daniels (pictured) was paid $130,000 to stay quiet about having slept with Donald Trump

His supporters, who knew about Maria, wrote her off as a ‘harlot and drunkard’. She died in 1902, aged 62, of bronchial pneumonia. Her son with Cleveland grew up to become a doctor. He died in 1947.

Woodrow Wilson, president from 1913 to 1921, was another one with a ‘raging libido’, who liked the company of women with ‘wit and vivacity’.

Unfortunately, Wilson’s wife was a dull stick, interested only in doing good works, worrying about ‘the slum-dwellers of Washington, asking that something be done for them’.

Wilson preferred Edith, his mistress: ‘They would drive out into the countryside, park, and close the curtains on the car windows.’

Next came Warren Harding, he of the cupboards and closets, who exchanged raunchy letters with his paramours: ‘…Your body quivers with divine paroxysms and your soul hovers for flight with mine…’ 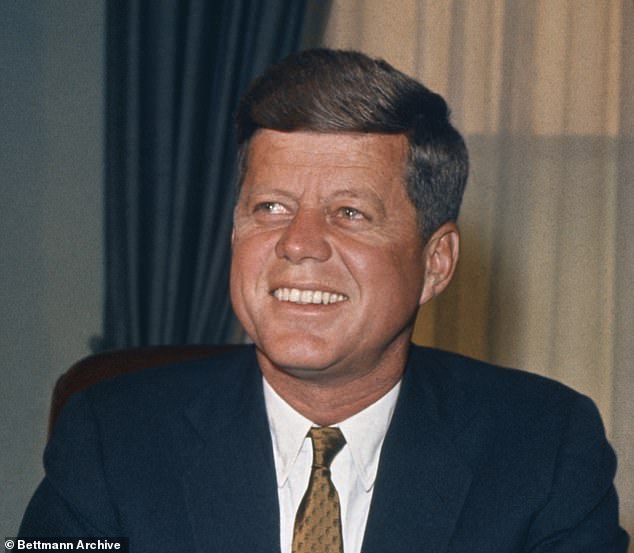 Harding liked it when a woman ‘made him crawl in front of her naked, begging for forgiveness’. Perhaps with reason. His administration was full of sleaze — bribes, kickbacks, embezzlement of funds meant for wounded war veterans.

Polio didn’t curb Franklin D. Roosevelt’s activities. ‘His only concern during sex was he didn’t want anything heavy pushing on his legs.’ He liked to keep a secretary in an adjacent bedroom, ‘so she could take dictation at any hour of the night’.

He had a long love affair with one such helpmeet, Lucy Mercer. His justification was that his wife Eleanor ‘did not enjoy sex’ — at least not until lesbian tastes were aroused in her by Lorena Hickok, who ‘wore men’s clothes, smoked cigars and swore like a sailor’.

Incidentally, that’s the only instance of homosexual affairs in the book, apart from James Buchanan, the president responsible for the Civil War in 1861, who ‘had a 13-year affair with a man’.

World War II certainly took its toll on Dwight Eisenhower. He fell in love with his military driver, Kay Summersby, but was thwarted by his ‘age-related erectile dysfunction’. 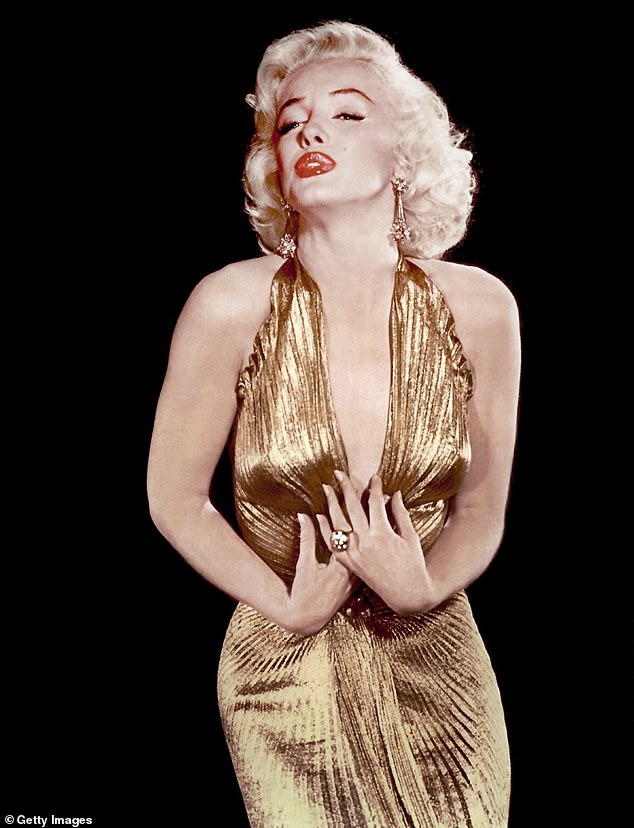 But what’s actually interesting, as we reach the more modern era where witnesses have been more voluble and evidence is more easily available, is how often sex with presidents is actually rubbish.

John F. Kennedy, for example, is always regarded as a satyr, who claimed he got migraines if he didn’t sleep with a fresh girl every day. With JFK, no woman was safe, ‘not your wife, your mother or your sister’. Prostitutes had to be on hand to perk him up before public appearances.

Yet Kennedy was afflicted with chlamydia and premature ejaculation. No less an authority than Marilyn Monroe said: ‘A minute on and a minute off. Brutal and perfunctory in bed.’ Angie Dickinson, however, remembered it as ‘the best 60 seconds of my life’. Marlene Dietrich, meanwhile, was treated to a luxurious six minutes. ‘I looked at my watch…’

Lyndon B. Johnson, sworn in after the assassination in 1963, was a vulgarian who, when urinating in full view of a lawmaker, said: ‘Have you ever seen anything as big as this?’

Johnson appreciated pretty ladies. ‘I can’t stand to have an ugly woman around, or a fat one who looks like a cow that’s gonna step on her udder,’ he said chivalrously.

The records show many long meetings in the Oval Office with only a single woman present. The Secret Service installed a buzzer to warn Johnson of his wife’s approach, giving him time to pull his trousers up. ‘During sex he would imitate animals’ bellows’, we are told. Barnyard noises and buzzers going off — quite a din. 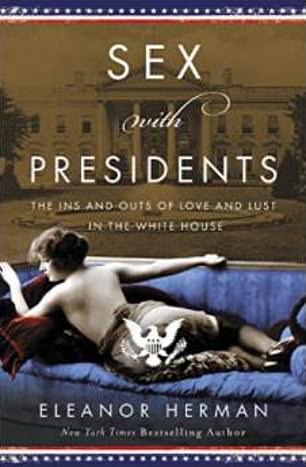 Gerald Ford, Jimmy Carter, Ronald Reagan, the Bush dynasty and Barack Obama escape Herman’s scrutiny, though of Richard Nixon it is said he had a fling, in 1966, with a Hong Kong cocktail waitress ‘whom the FBI believed was a spy for the Communist Chinese’.

There’s a comedy film there, as there is in Bill Clinton’s Confessions Of A Window Cleaner antics with Monica Lewinsky. Despite his ‘bimbo eruptions’, he is ‘not particularly well-endowed’, and the Clinton organ has a peculiar kink to it, as if once trapped in a door.

Unlike the French, who ‘like their leaders to have a sex drive’, the impression left by this salty book is that Americans are both puritanical and prurient when it comes to their president having ‘a superfluity of testosterone’. Hence the awkward lies, cover-ups and ‘eventual admissions’.

There is an assumption, too, that everyone has the unquestioned right to pry into the private lives of public men. And it can get a bit much.