Home » Lifestyle » May 29 – On this day: 69 years since Edmund Hillary and Tenzing Norgay conquered Everest

May 29 – On this day: 69 years since Edmund Hillary and Tenzing Norgay conquered Everest 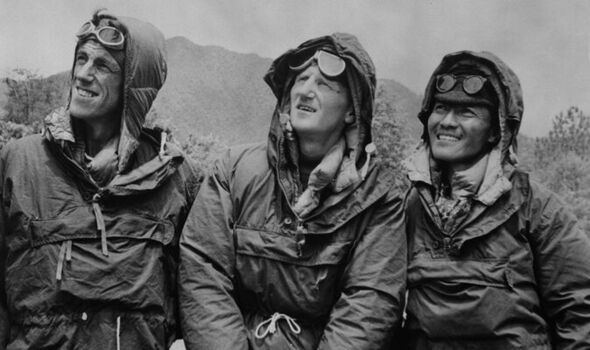 Previously known in English as Peak XV, it was renamed for Sir George Everest, the British Surveyor-general of India at the time. At its summit, the warmest average daytime summer temperature is -19C – in January, it can plunge as low as -60C. Storms appear from nowhere, and as the peak reaches the lower limits of the jet stream it can be hit by 100mph winds.

More than 4,000ft of the mountain is in the “death zone” – the altitude above 25,000ft where oxygen is so sparse it can only sustain human life for a limited period.

Although the first serious attempts to climb it began in the early 20th century, until the 1960s all supplies had to be carried to base camp by pack animals. The first full-scale western effort was in 1922, on the north face of the mountain.

Members of that team, which included legendary mountaineer George Mallory, made it to 27,300ft before turning back.

Two years later Mallory and Andrew Irvine died on a further trip – whether they made a successful ascent or not remains a mystery.

In 1953 army officer John Hunt launched the ninth British expedition. His team climbed in pairs, with the first – Charles Evans and Tom Bourdillon – getting to within 300ft of the top. Difficulties with their oxygen forced them back.

Two days later and the scene was set for Hillary and Tenzing. They summited at 11.30am, pausing to take photographs.

Word of the success reached London on the morning of the Queen’s coronation.

By the time Hillary and Hunt had returned to Kathmandu they had both been knighted.

Tenzing received the George Medal. Question: Which writer, born this day, 1874, wrote the Father Brown detective novels? Last week I asked: On May 22, 1849, which future US President was granted a patent for an invention which used bellows to lift boats over obstructions? ABRAHAM LINCOLN

Also on this day…

1914: Ocean liner the Empress of Ireland sinks off Canada with loss 1,012 lives.

1985: 39 die at Heysel stadium, Brussels, when wall collapses during match between Liverpool and Juventus.