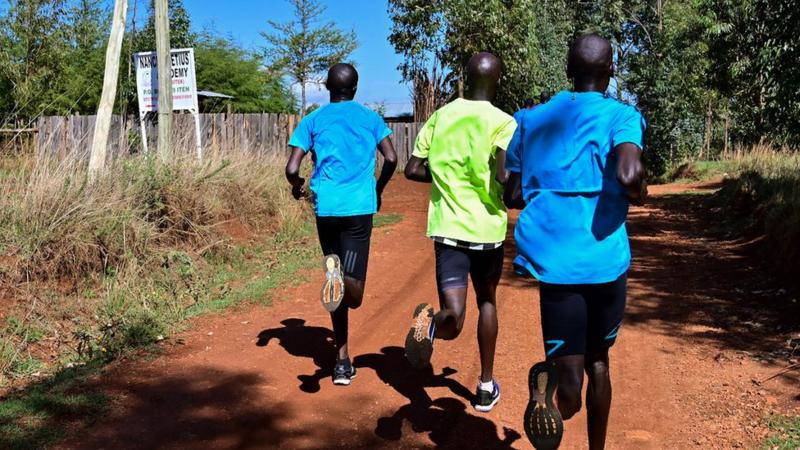 Twelve athletes in Iten, the town in Kenya’s Rift Valley where many elite-level competitors train, have been released by police after being arrested on Monday for not observing social distancing directives.

The athletes spent over 10 hours at Iten Police station after being arrested following Monday morning training. Social distancing is one of the measures recommended to avoid the spread of coronavirus.

Athletics head coach Joseph Cheromei confirmed to BBC Sport Africa the arrest of the 12 athletes, following a directive from the County Executive in charge of Health at Elgeyo Marakwet County.

“The person in charge of health in the county saw them when they had already finished running and looked for reinforcement from the police to arrest them,” Cheromei said.

“You know when the athletes finish the training, they finish almost in one place and they walk to their place.”

Also known as the home of Champions, Iten is best known for producing world class athletes and has become a global running village for many foreign athletes.

Running in large groups was the norm in Iten until the coronavirus outbreak began.

“All our camps are closed – the athletes are not living in camps, they are living individually,” Cheromei explained.

“Some have rented houses in Iten. When we closed the camps, we advised the athletes to train alone in a distance, one or two but not very near to each other,

The athletes were arrested at different times not in a group of 12. None of those arrested were high-profile athletes; one was from Estonia and another from Bahamas.

One of them was 20-year-old David Birir, who started training last year.

Birir, a 1500m athlete, had completed morning training alongside two training partners when all three were arrested.

“We were leaving training at 7.30am when at the finishing point, there was a pick-up truck waiting – we were told to board the pick-up, and we were taken to the police station,” Birir said.

“They said they had issued a warning on Facebook but some of missed it.”

In mid-March Elgeyo Marakwet County Government ordered the closure of all athletics training camps and gyms with an exemption of individualised training.

Birir also said he had been asked to sign documentation on his release that committed him to training alone – though conceded that doing so made training more challenging.

“It is hard because you don’t have the morale to cover longer distances,” he said.

“There is no teamwork and competitiveness when you train alone, because you don’t have someone behind to push you from a distance.”

Nevertheless, coach Cheromei insisted the new laws would be obeyed.

“Everything is under control, the athletes have been released and we told them never to repeat it again,” he said.