KATARINA JOHNSON-THOMPSON has spoken of her heartbreak after having her Olympics ended by injury.

A calf injury saw the Team GB star break down in the 200m stage of the women's heptathlon on Wednesday and the Brit says it's a 'miracle' she was able to finish the race. 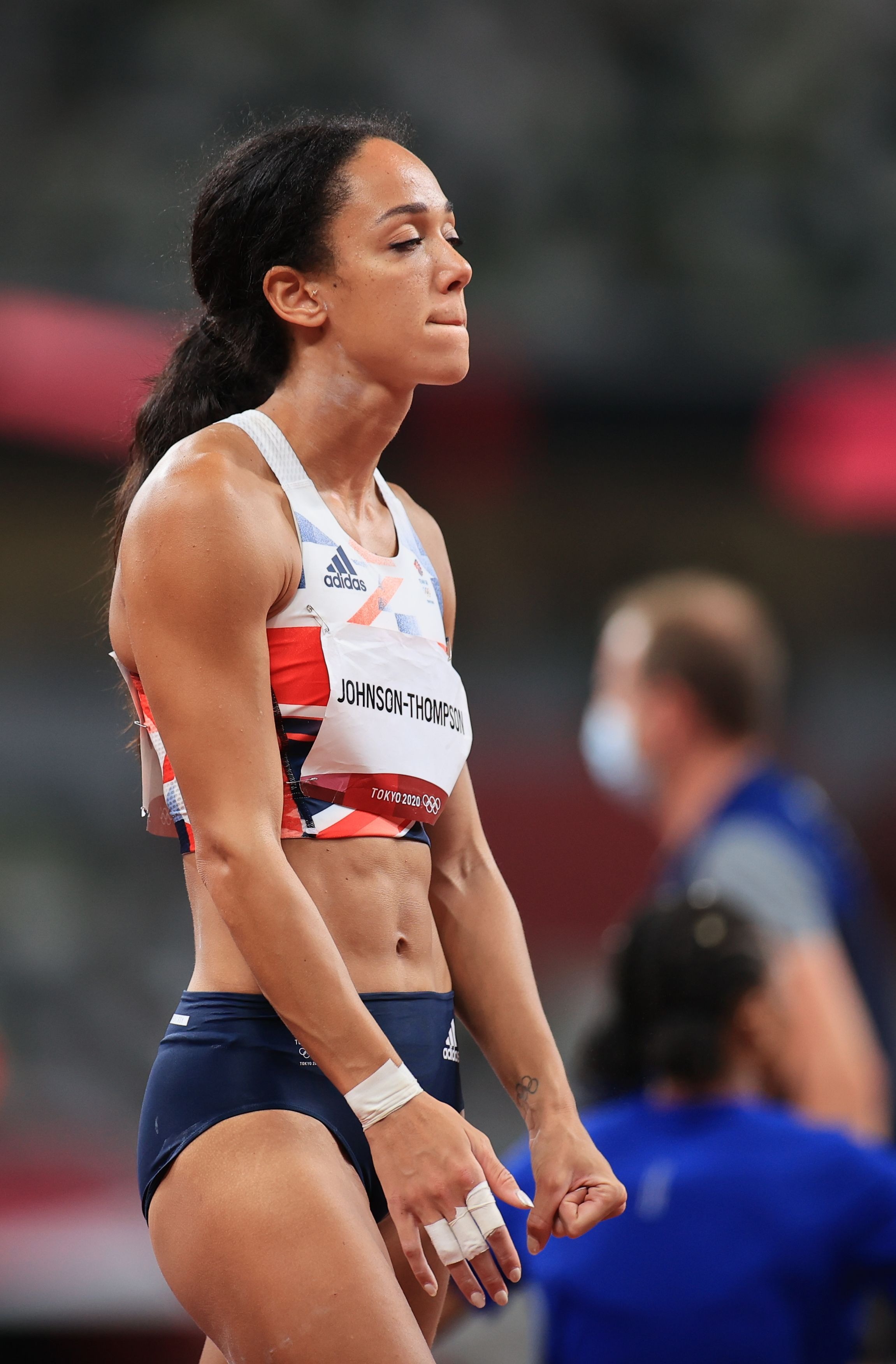 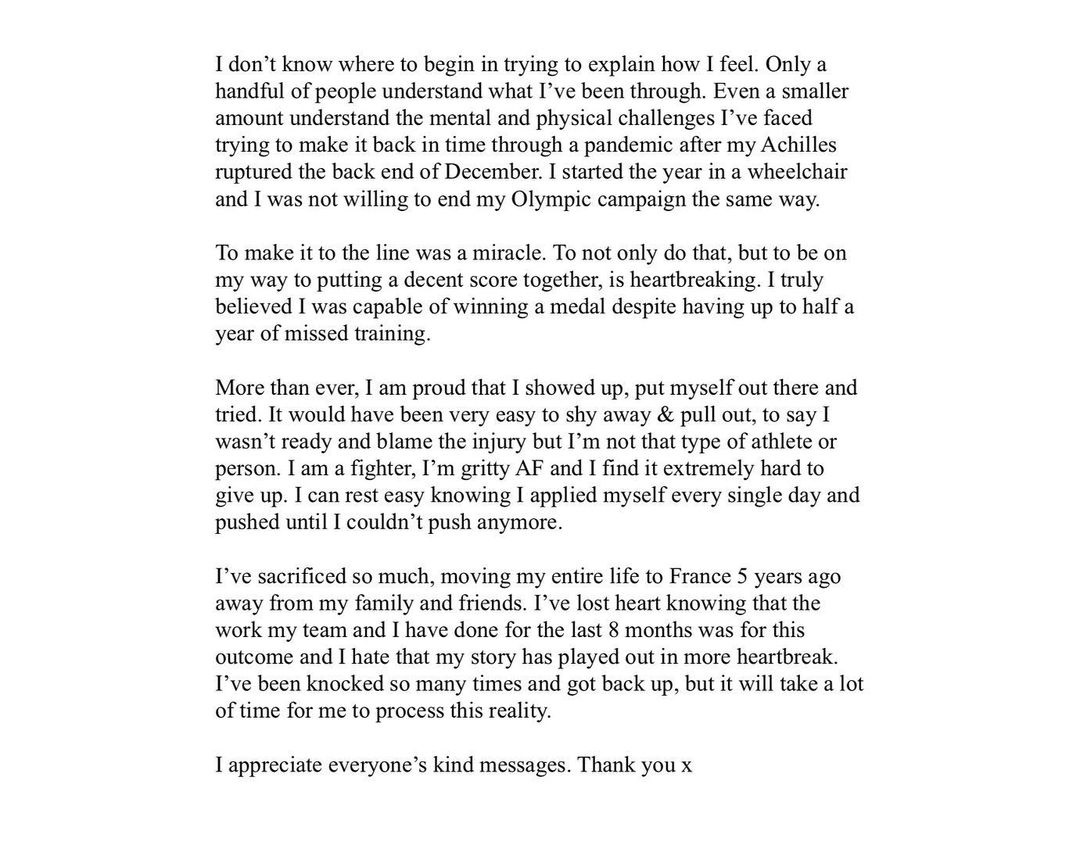 The 28-year-old posted a statement on Instagram and described her disappointment at seeing her Games end in such sad fashion after 'starting the year in a wheelchair'.

She captioned the post: "Going to take some time to process and heal my body and spirit."

And the statement read: "Only a handful of people understand what I've been through.

"An even smaller amount of people understand the mental and physical challenges I've faced trying to make it back in time during a pandemic after my Achilles ruptured the back end of December.

"I started the year in a wheelchair and was not willing to end my Olympic campaign the same way.

"To make it to the line was a miracle. To not only do that, but to be on my way to putting a decent score together is heartbreaking.

"I am proud I showed up, put myself out there and tried. It would have been very easy to shy away and pull out. To say I wasn't ready and blame the injury but I'm not that type of athlete or person.

"I'm a fighter. I've been knocked so many times and got back up but it will take a lot of time for me to process this reality."

Johnson-Thompson ruptured her Achilles at the end of 2020 and also underwent surgery on an unspecified issue.

The fact the Liverpudlian managed to make the start line in Tokyo was an achievement in itself, something she has now called a 'miracle'.

But after 80m of the 200m heat one, the fourth of seven rounds of competition, reigning world champion Johnson-Thompson pulled up and was then disqualified for stepping outside of her lane.

She crashed to the floor in agony and remained there with her head in her hands.

A wheelchair was brought to the track but she refused that and decided to carry on running to record a time – but officials deemed that she has stepped outside of her lane.

Prior to that race, she had been lying in fifth place overall and knew that the track events were her strongest disciplines. 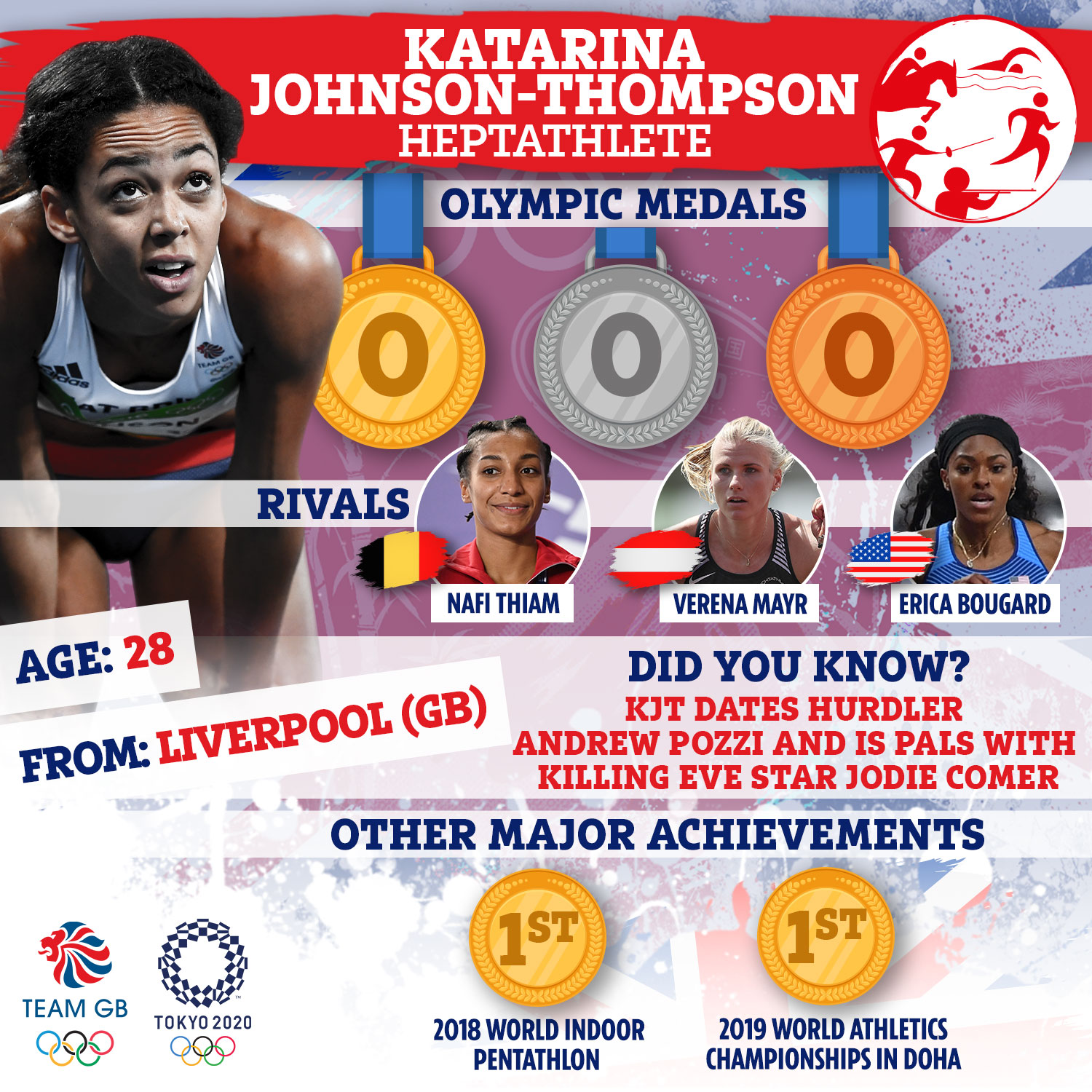