A group of leading Australian authors has called on the federal government to update a vital scheme, established by the Whitlam government, that pays writers for their physical books held in libraries – but which doesn’t account for the soaring popularity of ebooks and audiobooks.

The lending rights scheme, expanded by the Howard government to include educational institutions, divides around $22 million between more than 17,000 claimants each year, based on a survey which counts the number of their books sitting on library shelves, on the principle that authors should be compensated for sales lost to library readers. 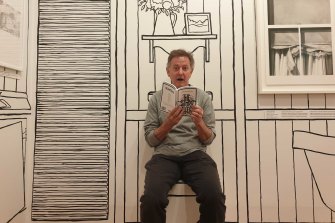 “You have this amount of money coming in June each year, and you know you can count on it. There are authors who are career authors, who are publishing books reasonably regularly and have a readership but aren’t Trent Dalton. You are teaching, and talking about your books in schools, leading writing workshops, and you end up with this portfolio job with income coming from a whole lot of different sources.

“But if you want to write the next book, you actually need some time to clear your head and sit down and focus on the next book – and [lending rights] can be a significant contributor to that.”

Markus Zusak, author of the phenomenally successful The Book Thief, said lending rights money from his prior young adult novels came in very useful when writing it. 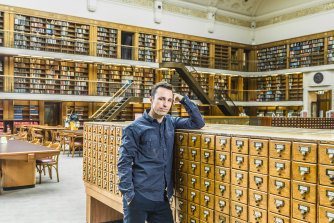 “I wouldn’t say I could never have written The Book Thief without [lending rights money] but it certainly made it easier,” he said. “What I love about this scheme is it gives you just a little bit more time and space to do the thing you love, which just helps – it helped me follow my ambitions as a writer for that little bit longer.”

But the scheme, while treasured, is flawed, said Olivia Lanchester, CEO of the Australian Society of Authors. The survey that divides up the fund doesn’t recognise ebook and audiobook holdings.

“If it only remains applicable to the print world, and libraries are increasingly reducing their print collection, then over time our fear is that the payments will go to fewer and fewer Australian authors,” Lanchester said. “We want it to be a broad-based scheme that really captures everyone whose books are being read via libraries.

“This is the key way that the federal government invests in our authors so we have to future-proof it and ensure it keeps up with the reality of library holdings.”

The impact of COVID has made it a more urgent problem, Lanchester said, with data from Civica revealing some libraries have seen an 80 per cent increase in ebook borrowing.

“The pandemic really did persuade many library patrons to switch to digital borrowing,” she said. “Libraries also tell us that it’s their intention to grow their digital collections. Our whole lives are moving online, and that change might be permanent.”

He recently checked the Brisbane City Council library which held 31 of his digital books and 25 print books, he said. He’s spoken to readers who were “horrified” to discover he didn’t get compensated when they read a digital library book.

“I said, ‘Don’t change what you’re doing, what you’re doing is entirely reasonable’. The library has moved with the times with its collection, it’s responding to its clients’ wishes and that’s a really good thing. I just think the system needs to be updated to respond as well.”

Immediately modernising the lending rights scheme was a bipartisan proposal from a recent major parliamentary inquiry into the cultural industries. It also recommended increasing the scheme’s overall budget by at least 10 per cent.

A spokesperson for federal arts minister Paul Fletcher said his department was “continuing to monitor the lending of digital materials, including analysing the impact digital borrowing has on remuneration provided through the lending rights schemes”.

The Booklist is a weekly newsletter for book lovers from books editor Jason Steger. Get it delivered every Friday.