New York has long been one of the preeminent fashion capitals of the world, standing tall next to London, Milan and Paris. From Bryant Park to Lincoln Center, and now Spring Studios, New York Fashion Week’s centralized showcases have proven to be a strong breeding ground for new generations of talent, with brands like Peter Do, Bode, Area, Pyer Moss, Telfar, Supreme and more benefitting from an international spotlight being placed on the city.

For Spring/Summer 2023 a plethora of trends have already been spotted in each of the fashion capitals. Citrus shades and tailored suiting made an impact in Milan while flirtatious formalwear and genderless garments ruled London, but New York gets an automatic leg-up on predicting what’s next for fashion offerings by showing first on the international calendar.

The first showcase of NYFW designers collectively presenting their collections for buyers and consumers is largely credited to Eleanor Lambert – a founder of the CFDA. Lambert, along with Ruth Finley’s show calendar implementation in 1945, seized the opportunity to put NY on the map as a fashion capital while Paris and its couturiers – Christian Dior, Cristóbal Balenciaga, Coco Chanel, et. al. – reeled from the effects of World War II. Additionally, with the ‘90s introduction of rising Austrian designer Helmut Lang, the fashion world took a turn from New York presenting its collections last on the calendar, to first, when Lang decided to show his 1998 collection in NYC instead of in Paris. Lang’s fascination with the Big Apple sparked interest from other international designers (including the late Alexander McQueen), to show in NY – thus allowing “the city that never sleeps” to lead the way in forecasting global trends.

Take a look below at how New York’s SS23 trends set the tone for London and Milan, also providing a glimpse of what to expect next in Paris.

Put Some Weight On Your Shoulders 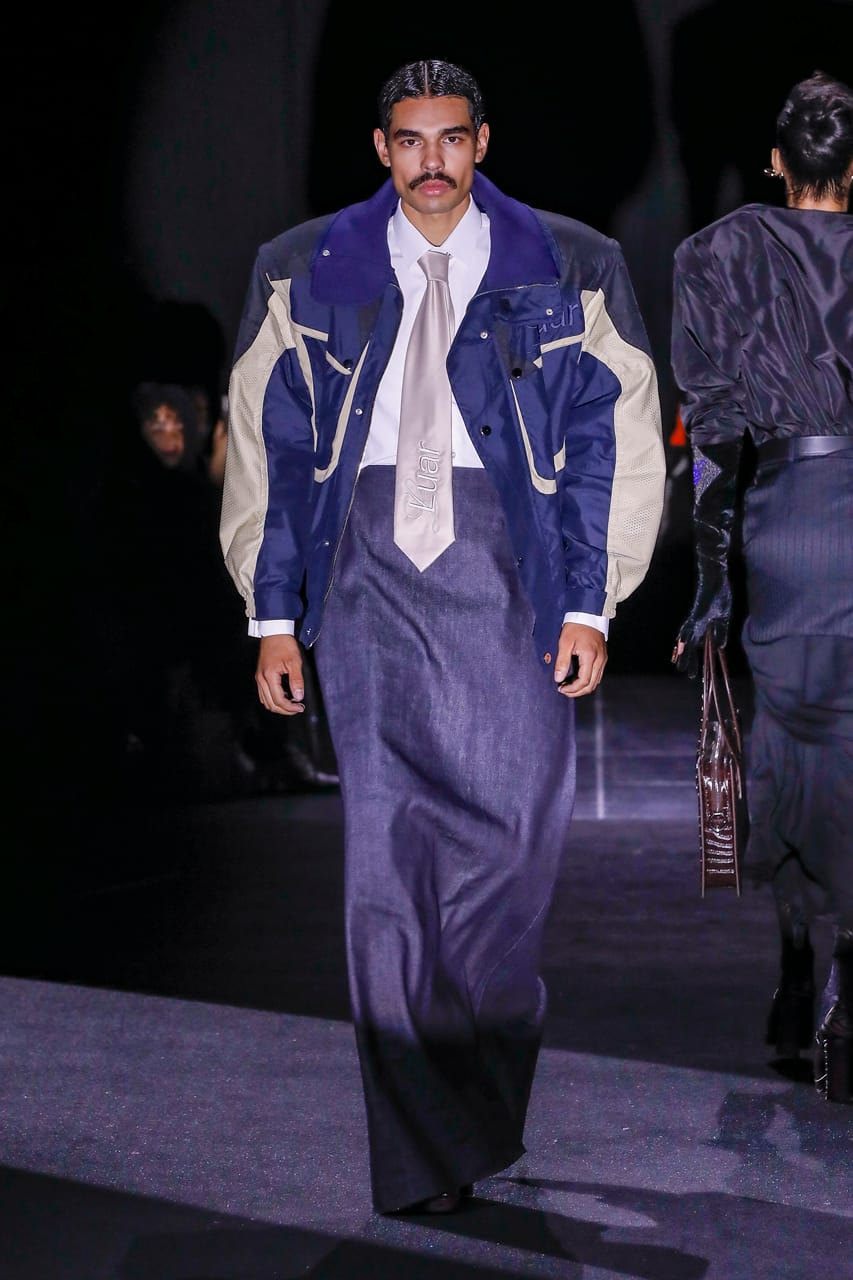 The pandemic has placed an unbearable weight on the world’s shoulders for the past two-and-a-half years, and designers have been keen to make witty references to how world leaders and cultural institutions have mismanaged many opportunities to set things on the right track. In bold fashion, shoulders have become a focal point for SS23, with brands like Luar and No Sesso turning inward to lead the trend charge.

Heavy On The Cargo 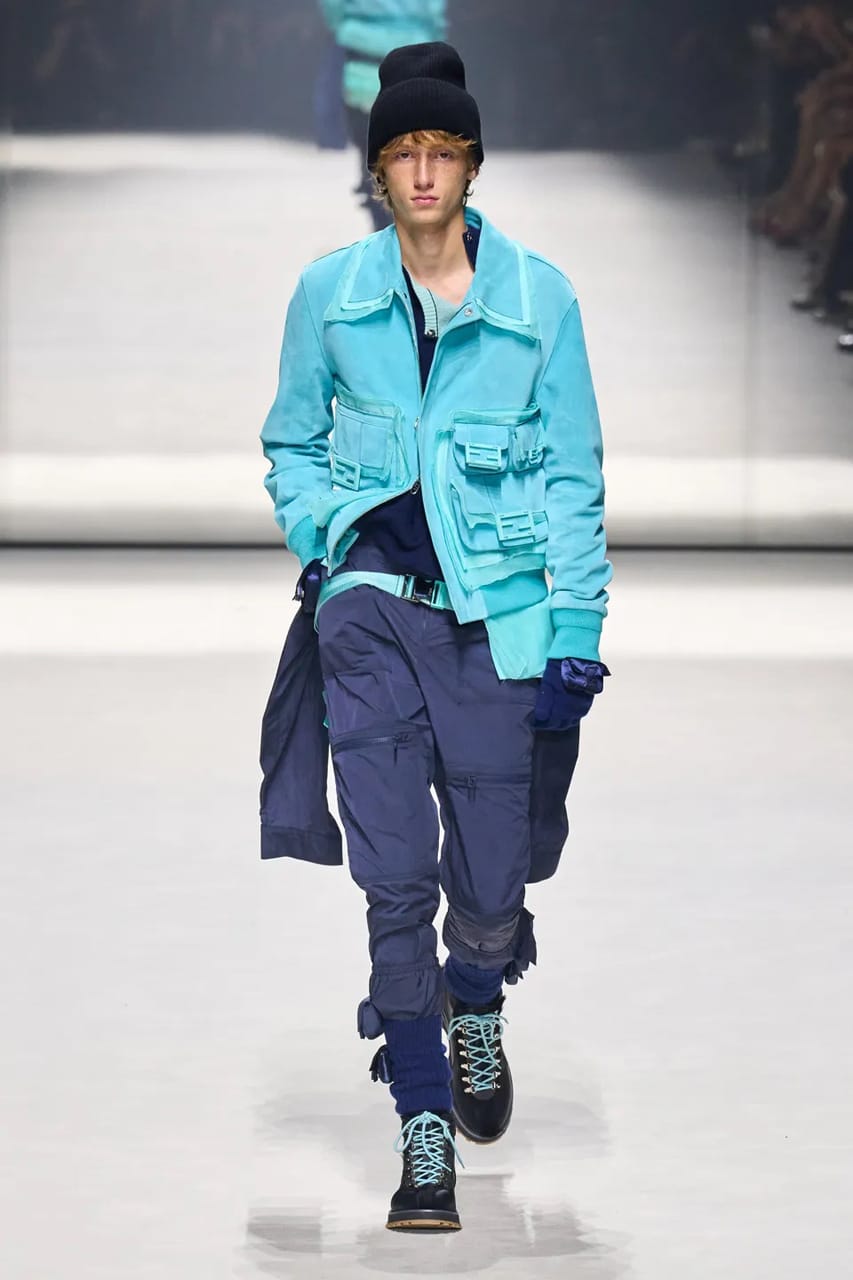 Some of New York’s designers want consumers to gear up for next season in utilitarian codes of ready-to-wear and accessories. From Fendi’s multi-collab project to Tommy Hilfiger, and LaQuan Smith, an array of extra pockets, strap-happy bags and zip-closure detailing have been designed to free up the hands so wearers can enjoy an upcoming Spring/Summer season without clutter.

Spice Up Your Knits 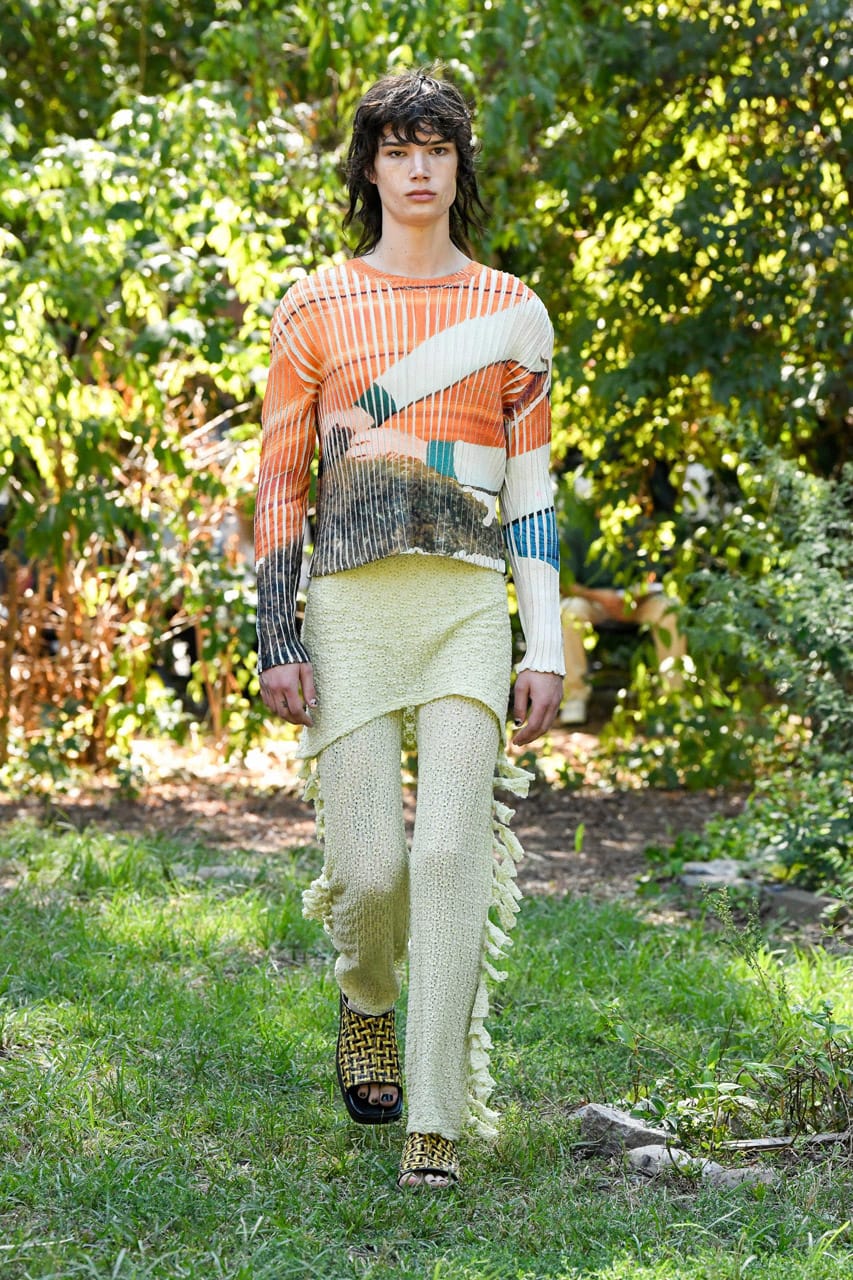 The term ‘sweater weather’ applies to that transition from summer to fall, and from winter to spring – where a layered sweater can suffice without the need for a jacket. So when the weather finally changes, designers want you to grab a good sweater that’s been punched up in brightly colored hues. Whether a chunky knit or a thin cardigan from Eckhaus Latta or Coach, sweaters for next season are dialing it up in the tonal area.

Go For The Glam 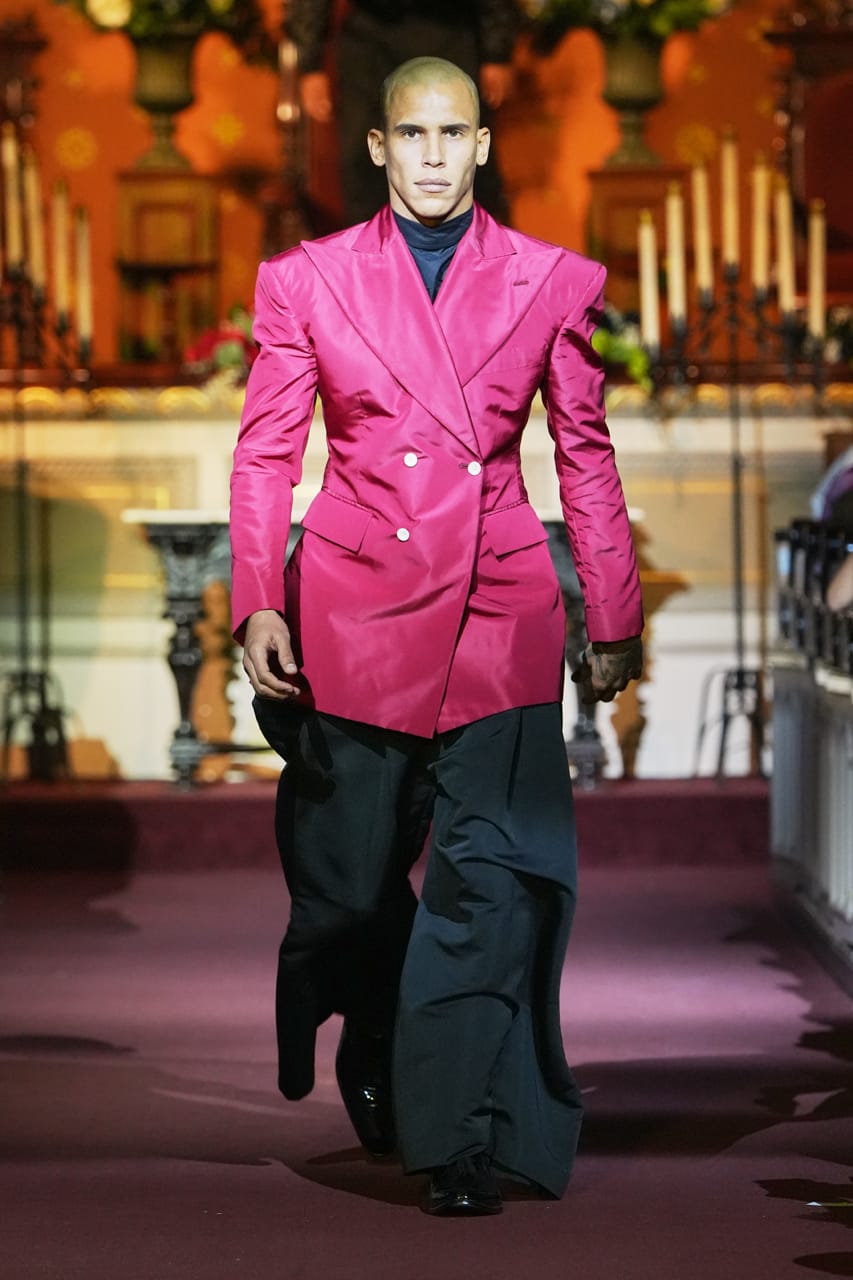 The pandemic’s doom and gloom have weighed heavy on consumers and designers alike over the past two years, and in opposition to that melancholy, several brands have decided to glitz up offerings for next season with shimmering lace and decadent suiting. Lace’s association of being an intimate fabric is noted here, as it’s being shown in a barely-there way. Its presence in next season’s menswear is depicted in a cool manner with button-up shirts or thin tanks. As well, suiting for men has become ornate with extra-wide lapels and plush fabrications – noted in Willy Chavarria’s voluminous sets and silk floral appliqué.

For more Fashion Week coverage, check out the biggest trends from Milan Fashion Week SS23 and get a look at Milan street style — both outfits and sneakers — as well.
Source: Read Full Article