Formula One mourn the death of legendary driver Stirling Moss

‘He reached life’s chequered flag, and what a race he drove’: Gary Lineker and Frank Bruno join Formula One stars as they mourn Stirling Moss following his death at 90

Formula One has paid tribute to Stirling Moss following his death at the age of 90.

Moss, who was often described as the greatest driver never to win the World Championship, passed away in the early hours of Easter Sunday at his London home following a long battle with illness.

The London-born racer was active in F1 throughout the 50s and early 60s which saw him win 212 of his 529 races in every conceivable kind of car. 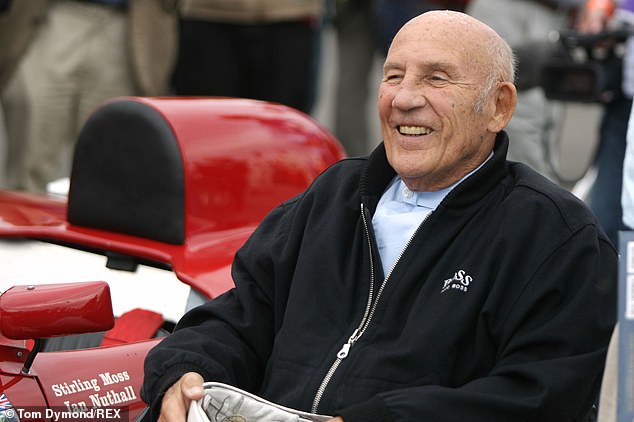 While he famously never won the Formula One world title, his genius was recognised by his peers and fans of the sport, making him a household name over half a century later.

The tragic news of his passing has prompted mass tributes to flood in, with past and present drivers paying homage to the great man.

Williams’ British driver George Russell took to Twitter to recall past encounters with the iconic Brit.

Russell said: ‘RIP Sir Stirling Moss. Only had the pleasure of meeting him briefly a couple of times but even that was enough to understand why he was so highly respected. My thoughts are with his family.’ 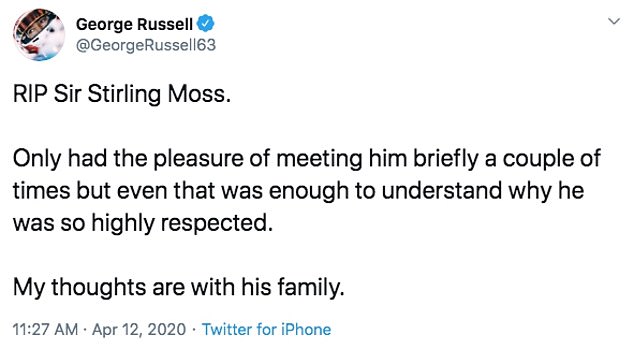 Bottas’ team, Mercedes, also used social media to laud their former driver: ‘Today, the sporting world lost not only a true icon and a legend, but a gentleman. The Team and the Mercedes Motorsport family have lost a dear friend. Sir Stirling, we’ll miss you.’

Commentator and former F1 driver Martin Brundle said: ‘RIP Sir Stirling Moss. A mighty racer and gentleman. He had a press on style on the track and in life. Remarkable man. Survived the most dangerous era of motorsport and died today aged 90. He had such great stories to tell, and it was a privilege to know him.’ 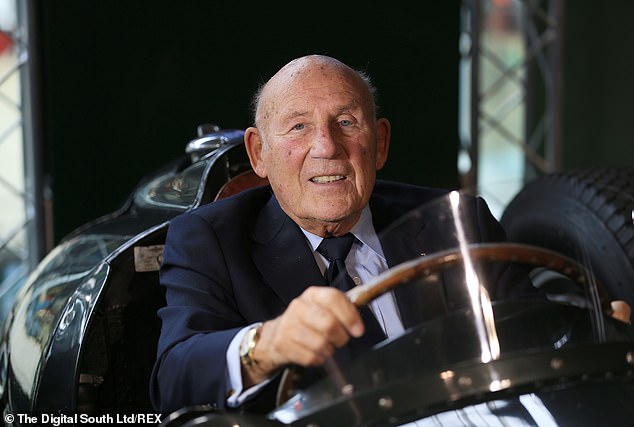 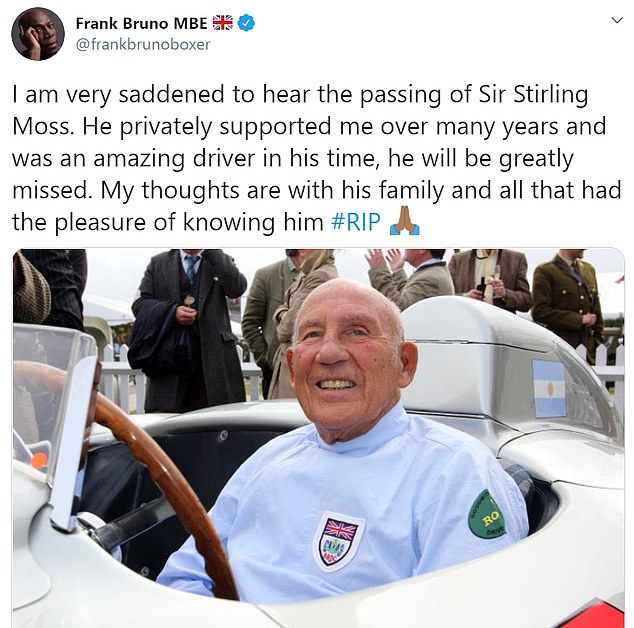 The McLaren team said: ‘All at McLaren mourn the passing of a legend of our sport, Sir Stirling Moss. A prodigious competitor, supremely talented racer, and consummate gentleman, he leaves an indelible mark of greatness on the history of international motorsport. Our condolences to his family.’

And it wasn’t just the world of F1 that paid tribute to Moss, with football’s Gary Lineker and boxing’s Frank Bruno recognising the driver’s global impact on the world of sport.

Frank Bruno tweeted: ‘I am very saddened to hear the passing of Sir Stirling Moss. He privately supported me over many years and was an amazing driver in his time, he will be greatly missed. My thoughts are with his family and all that had the pleasure of knowing him.’ 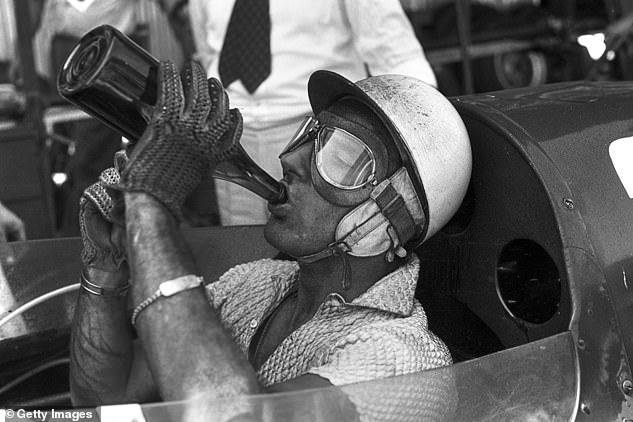 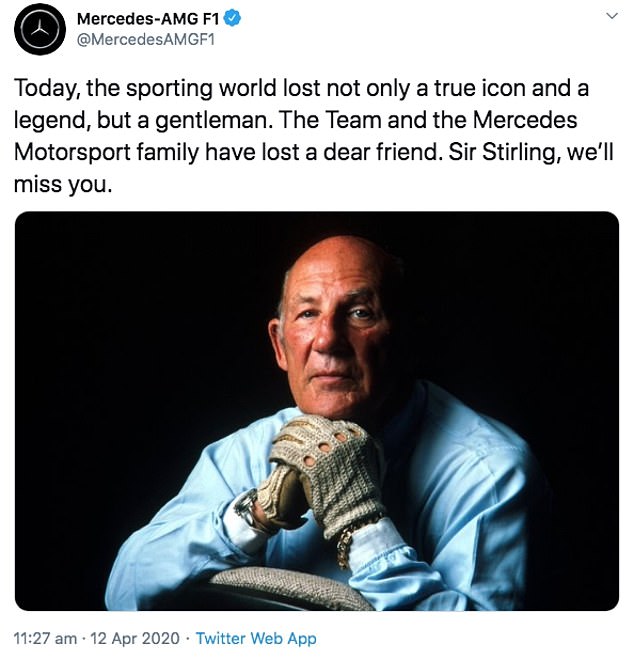 Moss’s passing was the result of a chest infection he caught in Singapore just before Christmas 2016 – there is no indication it was due to coronavirus.

Lady Moss was at his bedside as he died, having nursed him through a long illness, at their central London house. She told the Daily Mail: ‘He died as he lived, looking wonderful.

‘He simply tired in the end and he just closed his beautiful eyes and that was that.’

‘It was one lap too many,’ she added. ‘He just closed his eyes.’