The Queen gave a subtle nod to Harry and Meghan's one-year wedding anniversary by rewearing the outfit she wore to the ceremony. 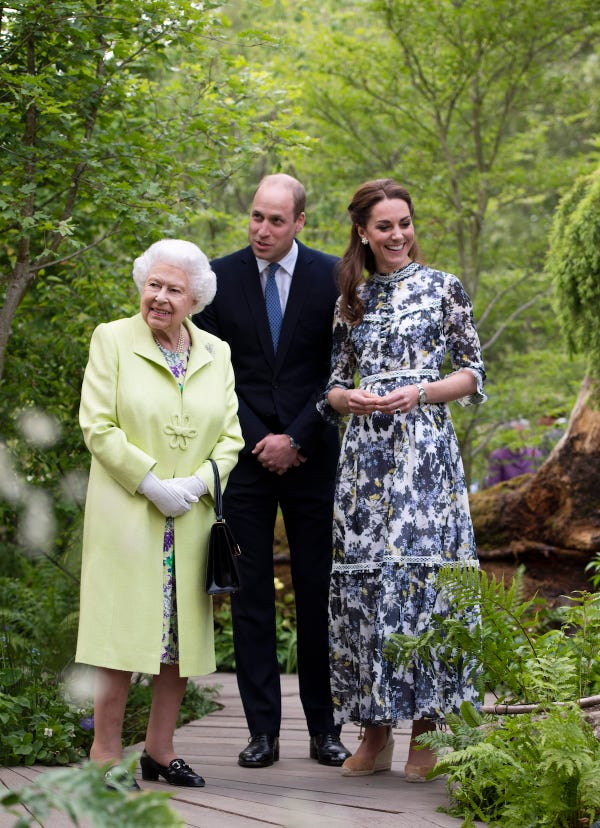 Her Majesty wore the same lime green coat and floral dress that she wore to Harry and Markle's wedding ceremony during an appearance at Kate Middleton's "Back to Nature" garden in May 2019.

The monarch rewore the outfit on May 20 — just one day after the couple's wedding anniversary on May 19. 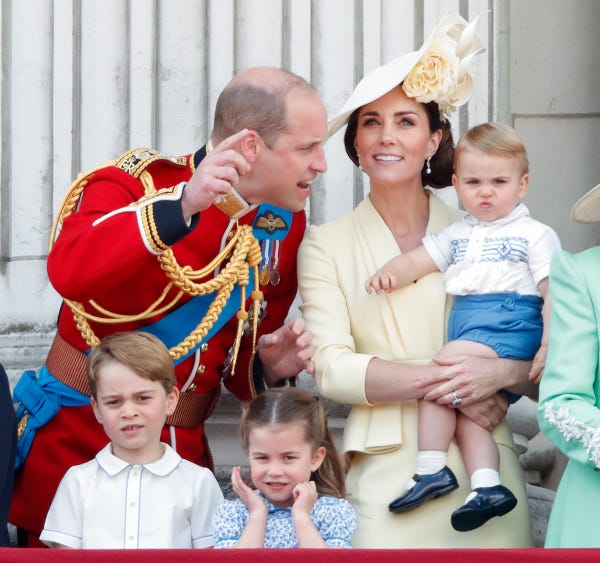 The duchess paired a yellow coatdress by Alexander McQueen with a matching floral fascinator by Philip Tracey to the Trooping the Colour parade in June 2019.

The outfit appeared to be an exact replica of the outfit she wore to see Harry and Markle tie the knot at St Geroge's Chapel in May 2018.

Middleton wore the same fascinator that she wore to Harry and Markle's nuptials, and her coatdress was also a similar style, although it was yellow instead of the cream one she wore to the wedding.

The parade was Harry and Markle's first joint engagement since their one-year wedding anniversary in May.

Princess Eugenie may have taken inspiration from Meghan Markle with her royal wedding dress. 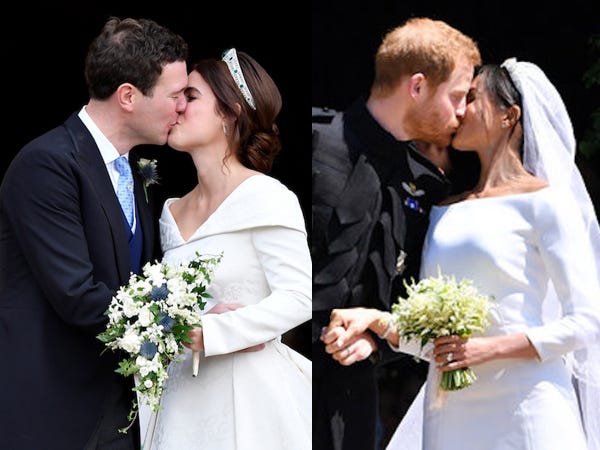 The open neckline of Eugenie's Peter Pilotto and Christopher De Vos wedding gown was reminiscent of the bateau neckline on Markle's dress.

The full, long-sleeved design was also quite similar.

Markle paid tribute to her own wedding at Eugenie's ceremony, which was held at the same location, St George's Chapel, just five months later.

The Duchess of Sussex wore a navy Givenchy dress to watch Eugenie and Jack Brooksbank tie the knot — the same designer that she wore to her own royal wedding.

Kate Middleton got inspired by Meghan Markle's wardrobe, opting for a boho dress that's similar to previous styles worn by her sister-in-law. 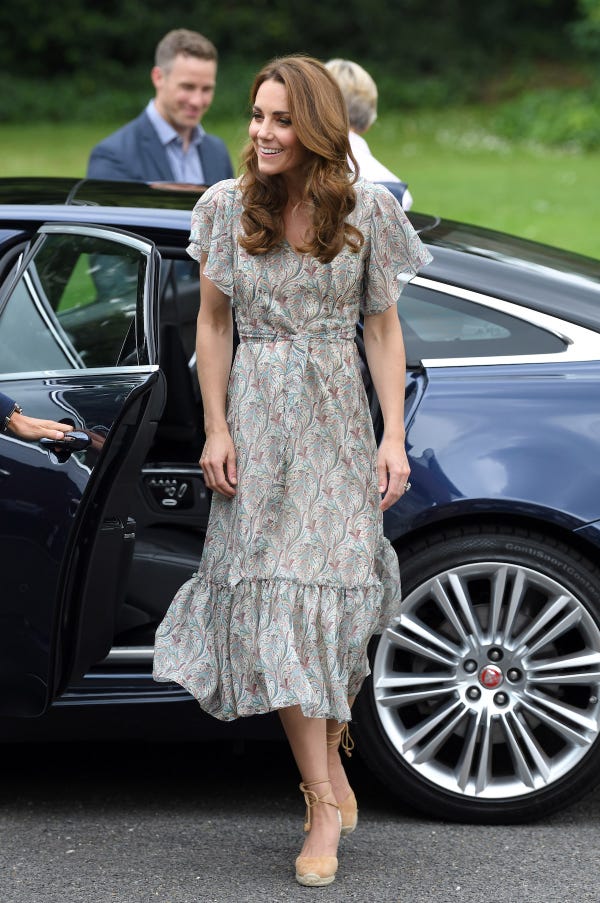 The Duchess of Cambridge — who is better known for wearing coatdresses or blouses — appeared to take inspiration from her sister-in-law last summer with her outfit for a photo workshop.

Middleton wore a pink and blue print dress, which featured a tie waist belt and floaty sleeves, by Ridley London.

The look was reminiscent of Markle's summer wardrobe, as shown during her tours of Fiji and Morocco.

The Duchess of Sussex sported a similar outfit to Middleton back in October 2018, wearing a loose-fitting print dress with espadrilles to an engagement at the University of South Pacific in Fiji.

She then wore a similar style to meet the King of Morocco in February. Markle, who was heavily pregnant at the time, opted for another floaty, bohemian-style print dress with loose sleeves. 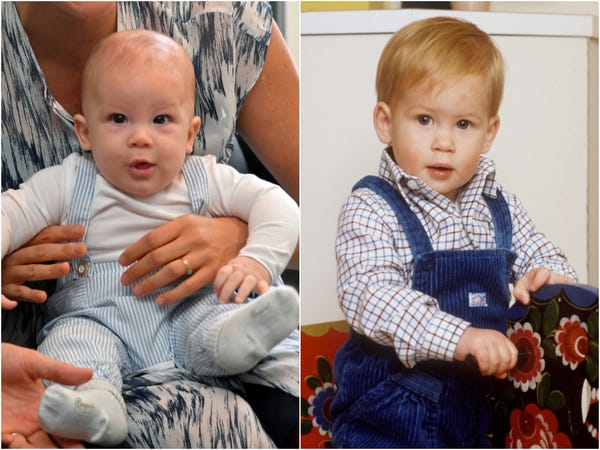 Royal fans couldn't help but notice the resemblance between Archie (left) and his father Prince Harry (right) during the Sussexes' royal tour of Africa in October 2019.

However, some royals have started dressing to reflect the mournful mood of "Megxit," one fashion expert told Insider. 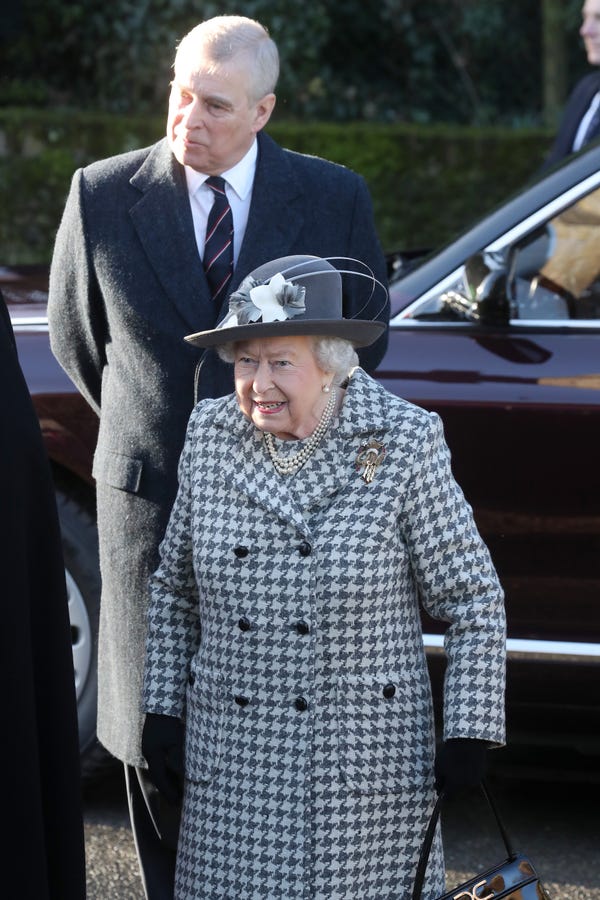 Anthony McGrath, a fashion expert and lecturer at the Fashion Retail Academy in London, told Insider that the change was most noticeable in the Queen.

"Since Harry and Meghan's announcement to leave the UK for a life in Canada, the clothing worn by the Queen, in particular, has changed to reflect their slightly mournful mood," he said.

"The Queen's gray coat and black hat are a great example of this, as she is usually bold and often colorful when making public appearances."

This was particularly noticeable when Her Majesty wore a beige outfit — a color she once swore she'd never wear. 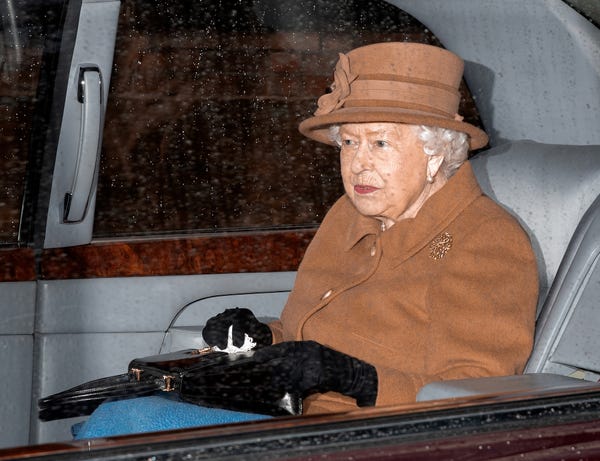 The Queen recently wore a beige coat and a matching hat to a Sunday church service in Sandringham — a stark contrast to her usually bright wardrobe. This is especially significant considering she reportedly once said she wouldn't wear the color, for fear of not standing out to her fans.

"Her Majesty herself said, 'If I wore beige, nobody would know who I am,'" Karen Dolby wrote in her 2019 book, "Queen Elizabeth II's Guide to Life."

Prince Harry's cousin, Princess Beatrice, also reflected this "mournful mood" with her outfit in March 2020, the same month that Harry and Markle carried out their final engagements. 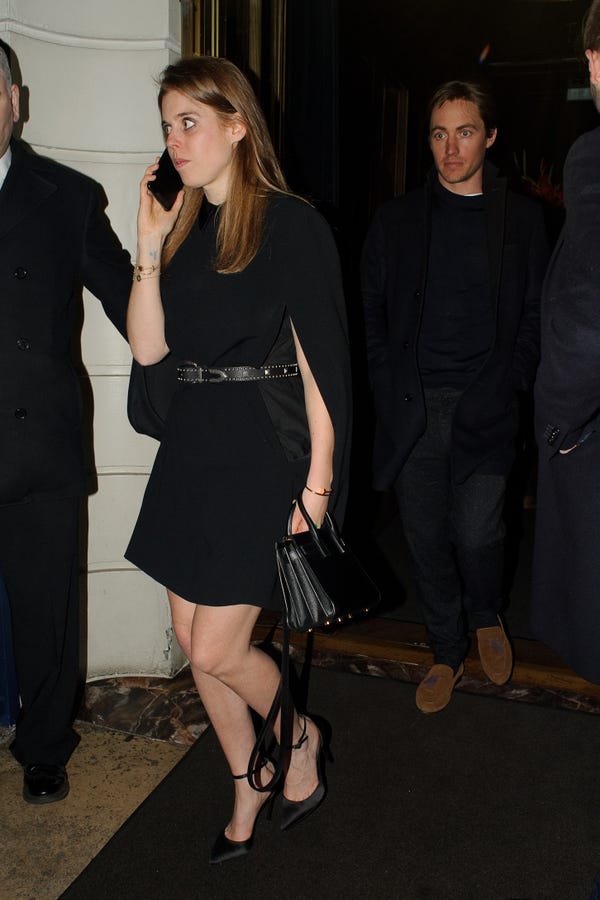 Beatrice and her fiancé Edoardo Mapelli Mozzi both wore completely black outfits when leaving a restaurant in March.

Harry and Markle returned to the UK earlier this month for their farewell tour before departing for North America, where they are said to be remaining permanently.