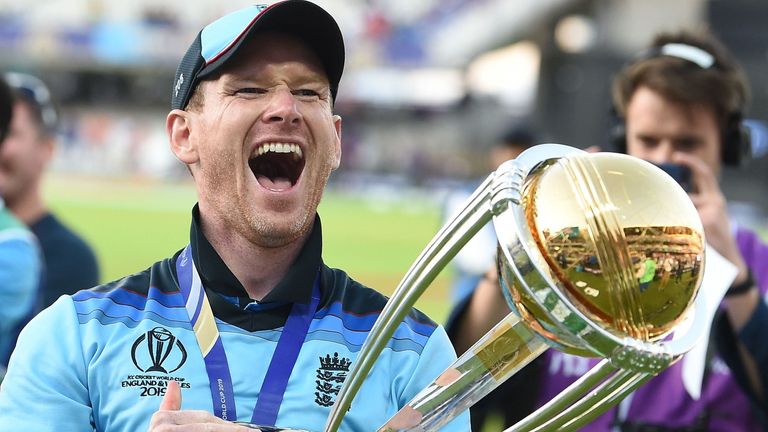 White-ball captain Eoin Morgan says he and his England team-mates are open to the idea of taking a temporary pay cut during the coronavirus pandemic if doing so has a demonstrable impact on cricket.

Centrally-contracted England players have not yet been formally asked to accept less money despite the England and Wales Cricket Board initiating an emergency funding package worth £61m to keep counties and clubs afloat.

All-rounder Ben Stokes – man-of-the-match as Morgan’s England beat New Zealand in last summer’s 50-over World Cup final at Lord’s – described a report that his team-mates had declined an invitation from the ECB in a letter to the Professional Cricketers’ Association to take a cut as “utter lies”.

Morgan confirmed that he has not ruled out such action on a day when Sussex became the latest county to furlough the majority of its non-playing staff under the government’s Coronavirus Job Retention Scheme.

“I’m extremely willing to help where I know it is going to make a difference,” he said.

“In the extremely uncertain times at the moment where nobody seems to have any answers about the actual impact it will have on international cricket, English cricket, county cricket – I’m open to absolutely everything.

“I’m very aware of how serious the situation is, I’m very aware that everybody will be affected from top to toe within the game and every sport, so I’m open to helping when and where I can.”

With no international or domestic cricket scheduled until at least May 28, and recreational cricket suspended, Morgan stressed that he and his team-mates want to do their bit to lift morale.

“Certainly as players and as a player group we’re open to helping in whatever way possible we can and we want that to hopefully make an impact,” he said.

“The difficult thing that we find when we talk as players or even the ECB is that we can’t answer that. What is the best way to help out as players – is it to engage on social media, is it to engage in other streams, is it to just sit back and let this pass and hopefully we’ll play?

“However I think in the coming months when things become clearer from we can start pulling in a strategy and plan and try to implement consequences if there will be and putting our input into those plans.”

England’s preparations for the ICC World Twenty20, due to be staged in Australia in the autumn, appeared to be progressing nicely as recently as February with a 2-1 win in South Africa in a series where the tourists rotated their squad.

But the coronavirus pandemic has stopped planning in its tracks and Morgan, who plans to lead the side in the next two T20 World Cups, says the priority of cricket has dropped down his priorities – especially as last month his wife gave birth to a baby boy. 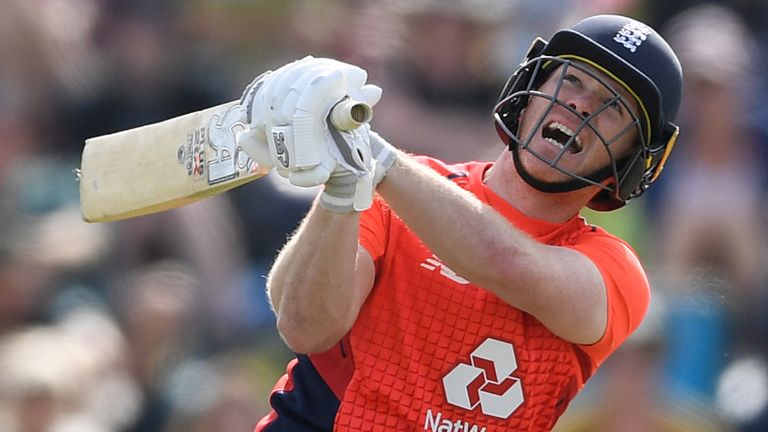 “This time has allowed us to sit back and take stock and one of the things that we were certainly going to benefit from was the amount of T20 cricket that was going to be played between the time we left South Africa and the start of the T20 World cup in Australia,” he said.

“Guys were going to the T20 Pakistan League, the IPL would have started, the Blast, The Hundred and some guys might have gone to the Caribbean League if they didn’t tour India in September.

“So all of that is up in the air at the moment but every country is in the same boat. Managing how you look and perceive this period in your lives I think is extremely important.

“It’s a time for bunkering down and adhering to government regulations and looking after your family. Cricket is not at the forefront of everyone’s thinking at the moment.

“There are more serious issues to think about. Obviously it upsets everybody’s planning but in the grand scheme of things it doesn’t matter.

“Our results have been fantastic the last two years and to be able to say that given that T20 has kind of taken a back seat – there has been a drastic improvement in the results that we’ve had, which shows that we’re going in the right direction.

“In regards to our best team, I think that could change right up until the tournament starts because we’re looking for a really strong squad where we can tinker with maybe one or two or three positions given circumstances, or grounds, or opposition.”

Amazing response to this already. Thank you to all those who have spread the message and bid on the shirt. Please check @RBHCharity to see the impact it will have https://t.co/eQBgh9AsaY

Jos Buttler is auctioning his World Cup Final shirt to raise funds for two London hospitals and England team-mate Sam Curran has launched a fundraising campaign for the cricketing world to support NHS staff battling coronavirus – actions Morgan applauds and may follow, given he’s not one to hold on to memorabilia.

The 33-year-old says he’d also be willing to lead England out to play in an empty stadium if necessary to help raise the nation’s morale.

“If medical experts came and advised that it was ok to play behind closed doors and it was on TV, I think that would be a huge step forward for the game,” he said.

“Very rarely are there circumstances, certainly in my life of being a cricketer, where industries are missed a huge amount but I think we are going through one of them at the moment.

British Airways refunds: How can you get a refund on your British Airways
What happened in the government coronavirus press conference tonight? – The Sun
Popular News
Eckhaus Latta’s Zoe Clog Appears in Pink
06/07/2022
Stuart Broad builds up to second Virtual Test with Sri Lanka
26/03/2020
Bindi Irwin Made Last-Minute Changes to Her Wedding Due to Coronavirus Lockdown
26/03/2020
Widow on The Repair Shop leaves viewers sobbing
26/03/2020
Coronavirus lockdown: Global quarantine reveals weird fact about humanity
26/03/2020
Recent Posts