FOX Business’ Kristina Partsinevelos on how movie theaters are struggling amid the pandemic.

Timothée Chalamet may have inserted himself into the streaming war between Warner Bros. Pictures and Legendary Entertainment.

The 24-year-old actor hosted “Saturday Night Live” this weekend and closed out the show while wearing a black sweatshirt with a logo from Legendary Pictures, which some fans have interpreted as Chalamet’s stance on Warner Bros.’ recent movie deal with HBO Max.

WARNER BROS. WILL RELEASE ALL 2021 FILMS ON STREAMING SERVICE HBO MAX AND IN THEATERS

Both media giants worked out a distribution deal that signed over 17 feature films for immediate streaming on the new platform upon each movie’s theatrical release – a business decision that has drawn criticism from Hollywood insiders.

Chalamet stars in “Dune,” one of the movies that was signed over in the Warner Bros.-HBO Max deal. It is set to release on Friday. 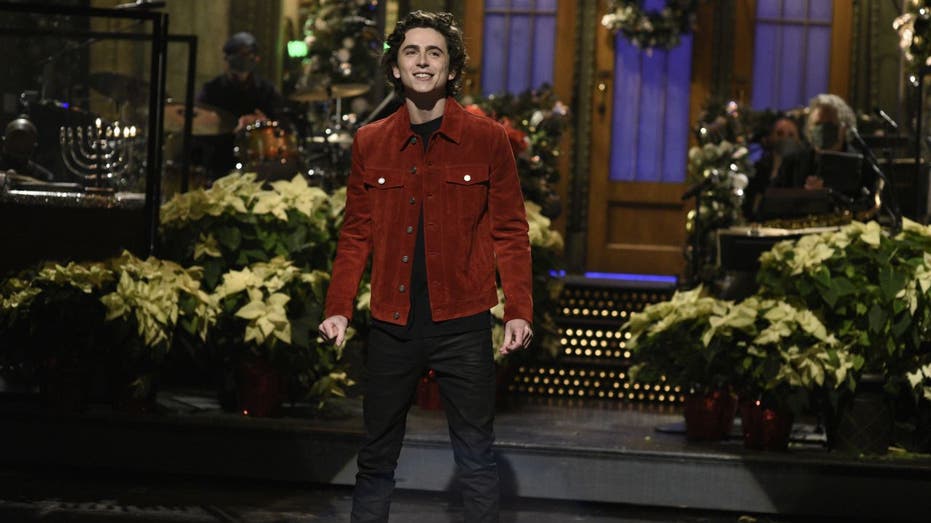 However, executives at the film’s production company, Legendary Pictures, are said to be displeased with the distribution deal Warner Bros. has worked out, according to Variety. Sources familiar with the two companies’ business dealings reportedly say legal action is not completely off the table.

While the deal between Warner Bros. and HBO Max are beneficial toward its parent company AT&T in light of the coronavirus pandemic, it is not clear whether the deal offers much for Legendary Pictures or movie theater operators.

Social media users who watched the “Saturday Night Live” episode and noticed Chalamet’s hoodie went on Twitter to speculate on where Chalamet may possibly stand on the multimillion-dollar issue between Legendary Pictures and Warner Bros.

“Hmm? #TimotheeChalamet sporting a #Legendary sweatshirt at the close of #SNL,” tweeted out New York Times media reporter Nicole Sperling. “Is this his quiet protest of the Warner Bros. 2021 plan? Or have I just not had enough coffee this morning?”

“Timothée Chalamet pointedly wearing a Legendary Pictures sweatshirt at the end of his SNL appearance, which was probably initially booked as Dune promo,” one Twitter user shared late Saturday evening.

“Timothee Chalamet with a power move wearing a Legendary Entertainment shirt during his SNL farewell,” another user commented. “We all know where he stands on this. Respect.”

Despite what fans interpreted Chalamet’s fashion choice to mean, the young actor has not publicly expressed his feelings on the matter.