Sydney councils face a plunge in revenue over the next six months due to the coronavirus pandemic, sparking warnings that they will need a funding injection from the state government to avoid cutting essential services and staff.

In a further blow, Prime Minister Scott Morrison has confirmed that councils will be ineligible for wage subsidies through the federal government's JobKeeper package, saying any necessary support should come from the states. Workforce costs make up to half of councils' expenditure. 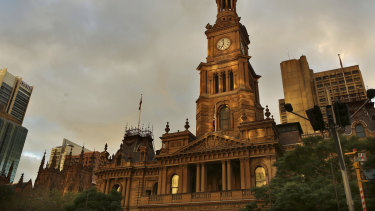 Council across Sydney face a sharp fall in revenue as costs rise due to the coronavirus pandemic. Credit:James Alcock

City of Sydney, one of the wealthiest councils in the state, estimates revenue will drop by up to $75 million over the next six months due to the hit from the crisis. Campbelltown Council anticipates a $12.5 million fall in revenue over six months in a worst-case scenario.

Other councils such as Parramatta, Northern Beaches and Sutherland Shire are still trying to calculate the revenue fall. Many have waived parking and other charges to assist small businesses and residents, while closing pools, venues and other facilities from which they derive revenue.

Compounding the financial pressure on the state's 128 councils, they face a large increase in ratepayers seeking to defer rates over the coming months due to hardship.

Labor's local government spokesman Greg Warren said the fall in revenue for councils across the state was set to run into the hundreds of millions of dollars over the next six months.

"I'm very concerned about the financial position of many councils. The government needs to tell us what they are doing," he said. 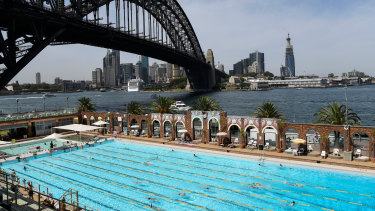 The closure of facilities such as pools and entertainment venues is depriving councils of income. Credit:AAP

Cr Scott said a small number of councils in regional areas were months away from having insufficient working capital to continue their essential services.

Following the closure of pools and other facilities, Sutherland Shire Council has told about 260 casual staff that they have no work. It has provided four weeks of wages to cushion the blow.

Inner West's Labor mayor Darcy Byrne said his council estimated an $18 million cut to revenue this financial year, and he called on the state to inject funds into local government to allow councils to complete overdue infrastructure upgrades and create jobs.

"We are taking a massive hit but we are also part of the solution," he said.

While still calculating the cost, Liverpool Council said the pandemic would have a "significant impact on revenue".

In an attempt to slow the downturn, Planning Minister Rob Stokes is speeding up planning processes to ensure a pipeline of projects, at the same time as he allows construction sites to operate over weekends and public holidays to keep people in jobs.

Councils in regional areas – many still reeling from devastating bushfires – are much more reliant on federal and state grants than their counterparts in Sydney.

Cootamundra-Gundagai mayor Abb McAlister conceded the long-term financial sustainability of his council north-west of Canberra was "not the prettiest picture".

"We have to be very, very careful with our expenditure. We were in a situation before coronavirus where we were having to look at a special rate variation," he said.

A report by the Auditor-General, completed before the hit from the coronavirus pandemic, warned that rural councils' ability to generate their own revenue was already challenged.

Me And My 10 Kids family reveal what life is like with a bumper brood and a newborn in quarantine
Yes, The ‘Walking Dead’ Season 10 Finale Will Air — Just Not Anytime Soon
Popular News
Eckhaus Latta’s Zoe Clog Appears in Pink
06/07/2022
Stuart Broad builds up to second Virtual Test with Sri Lanka
26/03/2020
Bindi Irwin Made Last-Minute Changes to Her Wedding Due to Coronavirus Lockdown
26/03/2020
Widow on The Repair Shop leaves viewers sobbing
26/03/2020
Coronavirus lockdown: Global quarantine reveals weird fact about humanity
26/03/2020
Recent Posts