Council loses $4m from property developers due to red tape

One Melbourne council has missed out on $4.16 million from property developers for local infrastructure because it is hamstrung by excessive red tape, Victoria's Auditor-General has found.

Developers are required to pay levies to councils to help fund local infrastructure, including parks, schools, roads and footpaths, in exchange for building residential estates or apartment complexes.

But Whitehorse Council in Melbourne's east has not partnered with any developers to deliver local infrastructure projects despite significant property development and population growth in Box Hill. Auditor-General Andrew Greaves found the council missed out on $4.16 million in developer levies in the 2016-17 and 2017-18 financial years. 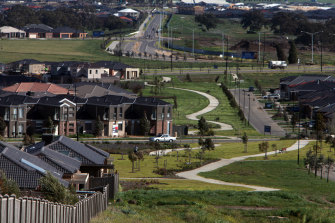 It is not the only council to miss out on lucrative developer levies.

In a scathing report tabled in State Parliament last week, Mr Greaves said the system designed to collect levies from developers and distribute them to Victorian councils was "inefficient, unnecessarily complex, costly and time consuming".

"Victoria's development contributions are not delivering the infrastructure needed by growing communities to support their quality of life," Mr Greaves said.

"This is largely because state agencies have not managed [developer levies] strategically to maximise their value and impact."

Victoria has a "patchwork" of overlapping developer levies that "operate in isolation", the report found.

Mr Greaves found the arrangements were risky for councils, which are often required to stump up the money for infrastructure projects even if a development does not go ahead.

He said levies were managed by four separate state agencies and funding decisions were split between two disconnected processes.

The Department of Environment, Land, Water and Planning has accepted all six recommendations made by the Auditor-General which are designed to alleviate the bureaucratic nightmare impeding councils' ability to collect developer levies and fund infrastructure projects.

"A dedicated group is being established to provide better policy co-ordination and a monitoring framework for all development contributions," a DELWP spokesman said.

"It clearly, according to the Auditor-General, needs urgent reform," Mr Smith said.

"Obviously at the moment there are far more pressing matters than [levy] collections that we are all focused on, but over the months ahead we need to look seriously at how we can best manage developer contributions for our increasingly growing population, and the infrastructure that is required for that."

Municipal Association of Victoria president Coral Ross said the report reflected the concerns councils had raised with DELWP in the past.

"At the end of the day, it is disappointing that our communities are missing out on important infrastructure and assets through the current system," Cr Ross said.

Surprise! Rihanna Teams Up With PartyNextDoor For Her First Song in Almost 3 Years
Belgian hikers emerged from the bush in New Zealand to find they were in coronavirus lockdown with almost no route home and few possessions
Popular News
‘Emancipation’ Review: Will Smith in a Brutal Journey
01/12/2022
Stuart Broad builds up to second Virtual Test with Sri Lanka
26/03/2020
Bindi Irwin Made Last-Minute Changes to Her Wedding Due to Coronavirus Lockdown
26/03/2020
Widow on The Repair Shop leaves viewers sobbing
26/03/2020
Coronavirus lockdown: Global quarantine reveals weird fact about humanity
26/03/2020
Recent Posts