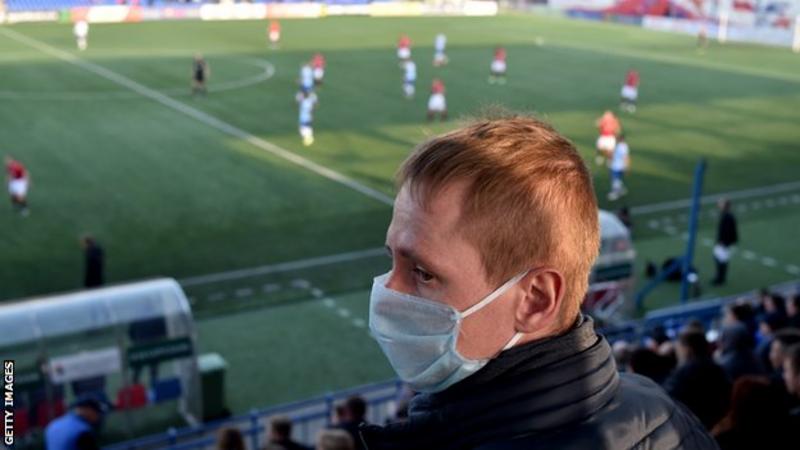 Football is suspended in the UK and across most of world because of the coronavirus pandemic – but the game rolls on in Belarus.

The Belarusian Premier League rarely gets a mention in normal circumstances yet it is attracting attention from foreign fans as one of the few places around the globe – and the only place in Europe – where football is still being played.

On Saturday, there were six top-flight games in the eastern European country including the derby between FC Minsk and Dinamo Minsk watched by a capacity 3,000 crowd in Belarus’ capital.

“It so happened that this derby was practically the only official football match on earth,” read Dinamo’s match report after their 3-2 defeat. 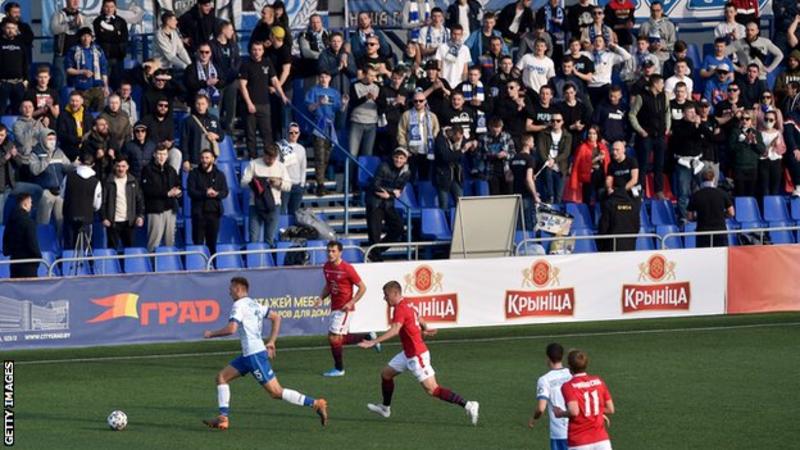 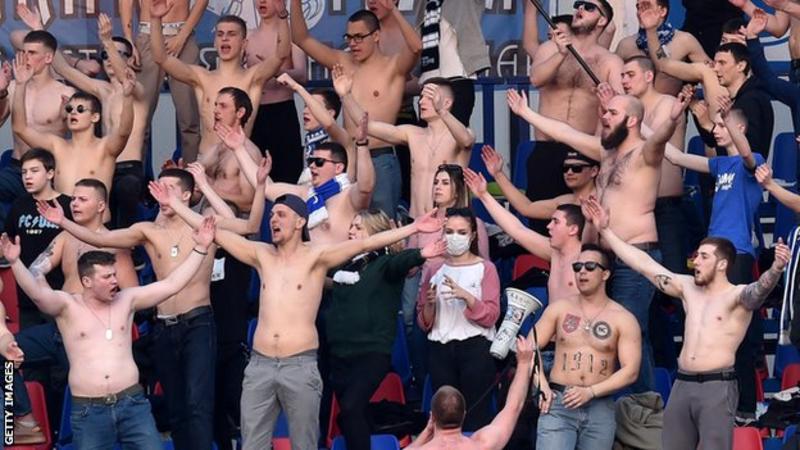 There have been fewer than 100 cases and no deaths from coronavirus in the former Soviet republic, which has a population of around 9.5m.

While most European countries are quarantining their citizens and shutting borders, the president of Belarus, Alexander Lukashenko, is not worried and has even suggested citizens drink vodka to combat the disease.

“We’ve taken all the measures recommended by the Sports Ministry. All those who are in contact with fans are supplied with gloves,” he added.

The decision to carry on has helped the Belarus Football Federation secure broadcasting deals with sports networks in 10 countries, including Russia, Israel and India, where fans have been left with nothing to watch.

Aleinik called it an “unprecedented situation”.

Dinamo Minsk, seven-time Premier League winners, had a player sent off in the 58th minute as they lost to neighbours FC Minsk, who lead the table two games into the 2020 season.

Fans around the world have been posting messages about football in Belarus on social media with Starboard Wunmi tweeting: “You know you’re obsessed with football when you’re checking out the recent form of Slutsk and Dinamo Brest before their games kicks off in the Belarus Premier League.”

David Watson added: “By the end of this everyone will have a team they support in Belarus.”