Bill Gates star sign: Why are Bill Gates and Melinda Gates getting divorced?

American businessman and co-founder of Microsoft, Bill Gates, has recently revealed he has split from his wife Melinda after 27 years of marriage. The reliable and seemingly sturdy couple, who have three children, have said they “no longer believe they can grow together,” and are getting divorced. Twitter users announced their disbelief that one of the richest and most philanthropic couples in the world were no longer together. Express.co.uk chatted to astrologer Francesca Oddie (@francescaoddieastrology on Instagram) to find out what might be going on behind closed doors.

Astrology is not on Bill Gates’ side at the moment – his divorce is seemingly written in the stars.

Francesca said: “Bill Gates is a Scorpio and he’s five degrees Scorpio, which is really interesting because we just had that big Full Moon in Scorpio – it was a Full Moon conjunct Uranus when we expected surprises, endings, relationship patterns, so it’s really interesting that this Full Moon was on his Sun and his marriage is ending.”

The Scorpio Sun and Cancer Rising combination makes Mr Gates a very private and secretive man, but the current astrology is against his secrets remaining private right now.

Francesca added: “With the transits going on (Uranus opposite his Sun and Pluto on his Descendant) the existing structures of his life are being taken down.

“Sometimes this can be empowering, but normally when it’s on the Descendant like Bill’s is… it’s really difficult.

“Pluto on your Descendant often means that one-to-one relationships will become more intense and a change in one of your circumstances may affect the power balance of the relationship.” 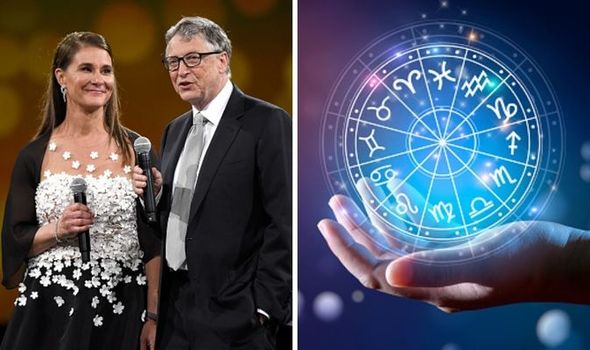 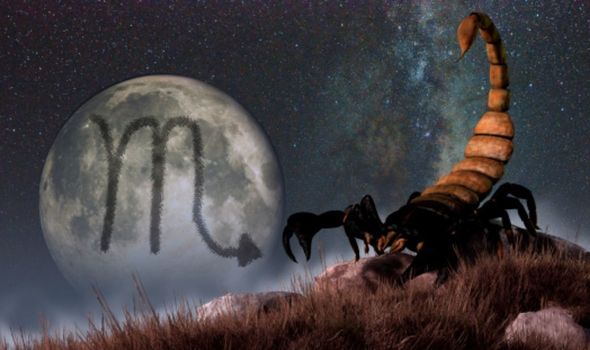 Bill Gates is Rising Cancer at 26 degrees and Pluto is currently at 26 degrees of Capricorn, and this is a really challenging transit.

Francesca explained: “Meghan Markle is Rising Cancer 21 – Pluto moves very slowly and last year he was around 21 or 22 Capricorn… Pluto was right on her Descendant when she said she was really struggling with her mental health last year.

“This year Pluto is at 24, 25 or 26 of Capricorn, on top of Bill Gates’ Descendant, and it’s his turn to go through a rough patch.

“Pluto is passing over his Descendant, which is the point in the sky opposite your ascendant or rising sign which is the relationship axis.

“When Pluto passes over the relationship axis, your one to one relationships become a point of transformation and as we saw with Meghan Markle (Why Meghan Markle decided to speak up NOW – astrologer breaks down the explosive interview), you’re in quite a dark place with Pluto on your Descendant. 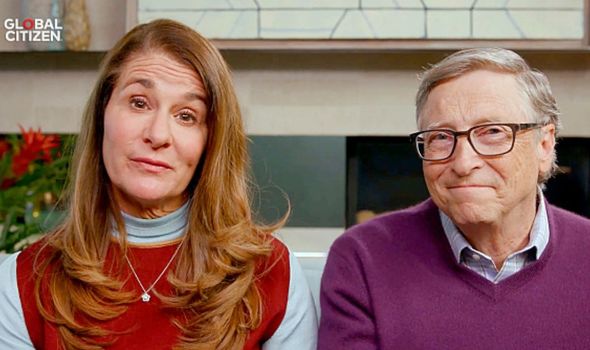 According to Francesca, when people have Pluto on their Descendant, bad things tend to happen in their relationships, for example, their partner might become ill or a relationship might end.

The astrologer said: “During this transit, the dynamic is changing and you have to surrender – there is something else at play.

“For Bill, this could be to do with money and finances, and there will be implications because divorce is always financially implicated, particularly for Scorpio the sign of sex, death and other people’s money, investments etc.”

Mr Gates has Jupiter Conjunct Pluto in the second house, the house of personal resources and cash, and that explains why he is so wealthy.

Francesca said: “Whenever Bill Gates has a Pluto transit, it always echoes his natal placement which is Pluto in the house of money, connected exactly with Jupiter which expands everything – this is why he’s so financially successful because he’s so motivated to be extremely wealthy.”

The astrology right now for Bill Gates suggests that he has lost control of something.

Francesca said: “What’s really interesting is that this transit in Pluto is conjunct with his descendant and so there’s going to be something here that he will be losing control of.

“Perhaps it is simply his marriage, but it could also indicate a loss of wealth and power that comes with a divorce.”

Mr Gates isn’t happy about announcing the details of his divorce, as a secretive Scorpio.

She said: “Pluto rules Scorpio, the sign of secrecy, so there’s going to be secrets involved.

“That Full Moon in Scorpio exposes secrets in the sky and it’s a challenging one for everyone because no one wants this.

“Bill’s personal life is now being exposed when a Scorpio wants to be in the dark and shadows with their secrets.”

She added: “Jupiter in the seventh is expanding any current relationship problems and I would suggest that we have not heard the end of this.

“Jupiter will be passing through his eighth house, there’s going to be further scrutiny to his finances. Everybody will want to know who gets what in the divorce, I imagine.” 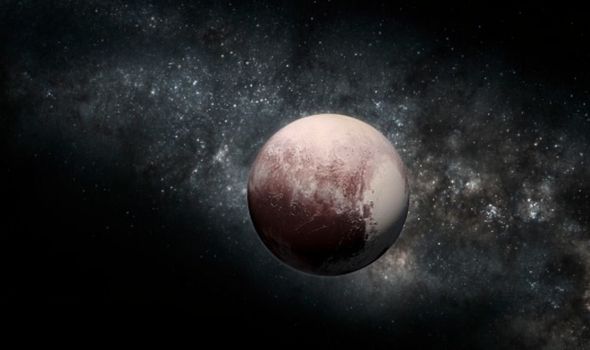 Mr Gates might also be feeling a lack of self-esteem at the moment.

Francesca said: “Venus conjunct Saturn in Scorpio and Jupiter is currently opposing his natal Jupiter-Pluto square to his Venus-Saturn. Jupiter is not always the bringer of good fortune and right now might be magnifying and amplifying problems.

“It looks like there’s an issue here – the Venus conjunct Saturn would implicate some element of low self-esteem on Bill’s part. Donald Trump has this too. There are probably lots of power struggles.”

The bad news isn’t over for Mr Gates, as the eclipse on June 10 could bring more trouble.

Francesca noted: “The eclipse on June 10 is on his south node, so his past or bad karma will come back to haunt him.

“However, this could be a good thing because he will also be liberated from this past.”