The numbers alone are enough to make the faint-hearted giddy.

A 4,101ft sheer rock face with an overhang that, on average, is 105 degrees – steeper than vertical.

These terrifying stats belong to Mount Thor and mean it has the greatest vertical drop in the world – the equivalent of three Empire State Buildings laid tip to tip. 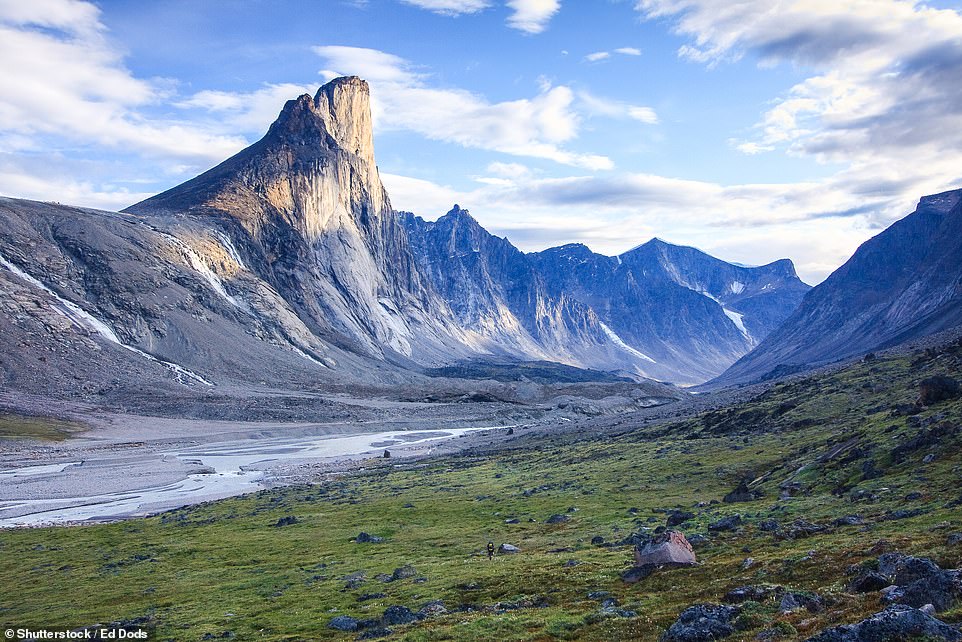 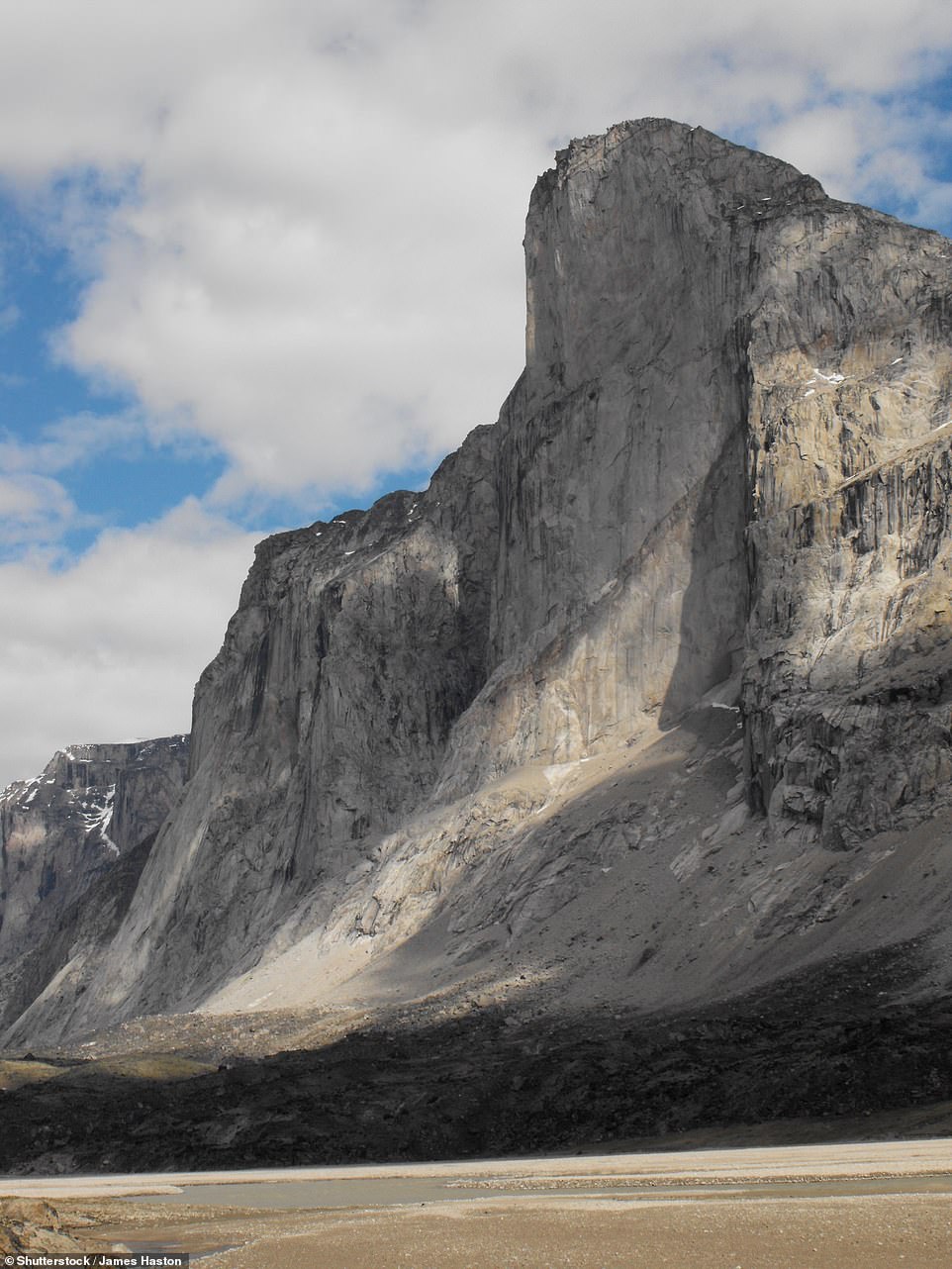 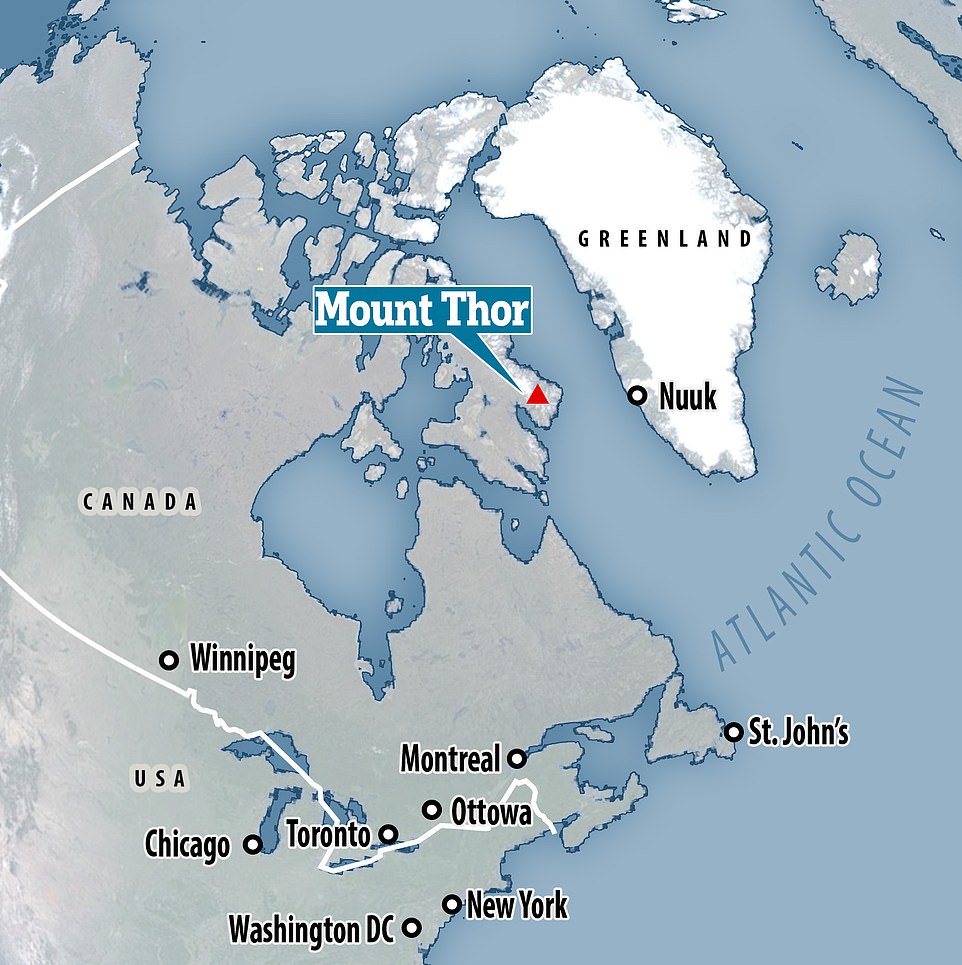 Part of the Baffin Mountain range in Auyuittuq National Park, which sits impressively on the island of the same name in the far northeast of Canada, Mount Thor is named after the Norse thunder god.

Donald Morton and Lyman Spitzer made the first ascent of Mount Thor in 1965 during an expedition led by Pat Baird.

But that team went up the ‘easy’ way.

There were more than 30 attempts on the vertical west face before it was finally conquered in 1985 by a four-man team who, it’s fair to say, took their lives into their own hands. 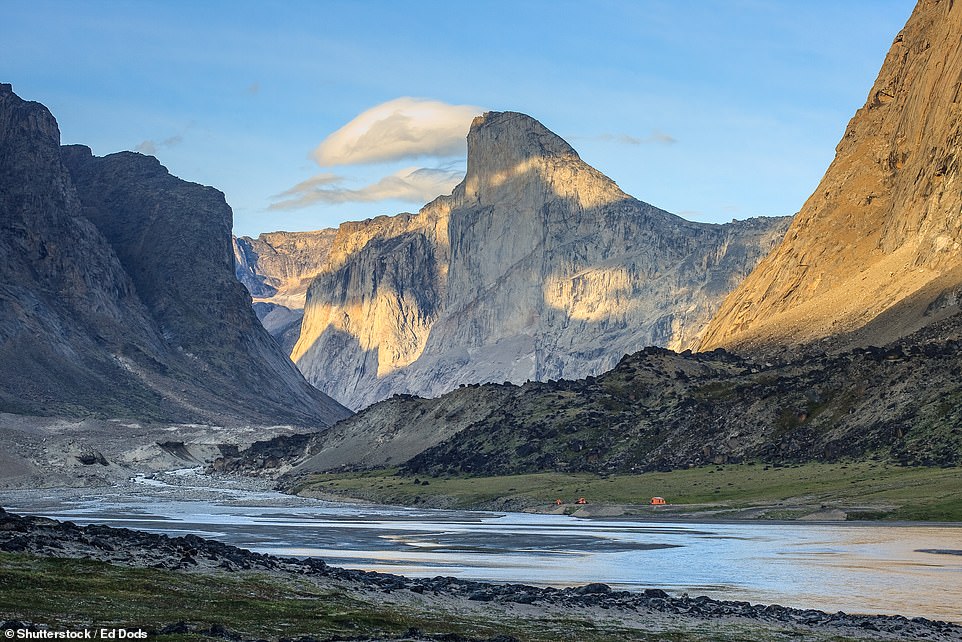 In the book Mount Thor: Direct West Face, one of those four intrepid climbers, Eric Brand, describes the thrilling attempt to conquer the face as a mission frequented by brushes with death.

He writes: ‘We had provisions for 28 days on the face, but the climb took us 33 days after leaving our fixed lines. The rock was crumbly for the entire route, making nailing insecure.

‘Storms, rockfall, and severe cold plagued the lower portion of the face, as did the atrocious hauling conditions.’

Climbing during the cooler evening hours of the 24-hour-day-lit days to avoid falling rock and ice, Eric described the team being ‘at the edge of [its] physical limitations’ as they climbed in shifts of 24 hours or more.

Finally, after a gruelling ascent – and despite a near miss when an ‘egg-sized’ rock whizzed past Eric’s ear with the end in sight – the team arrived at their prized destination. And suddenly all the hardship seemed worthwhile.

‘The vista from the summit was beautiful, with miles of glaciers and jagged peaks stretching northwards as far as we could see,’ Eric said. 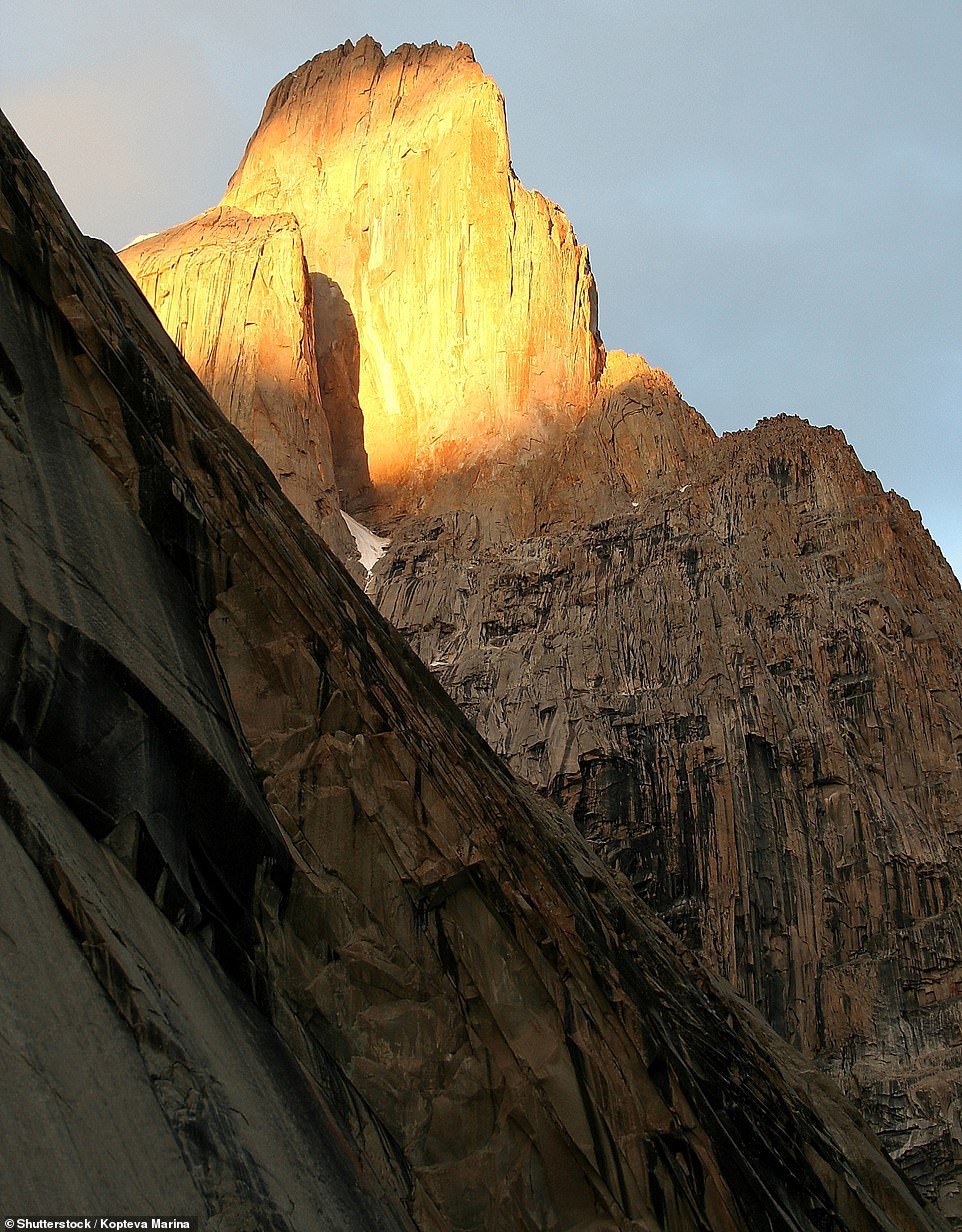 Great Trango’s cliff face is higher at 4,396 feet, but not as sheer as Thor’s

Great Trango’s cliff face is higher at 4,396 feet, but not as sheer as Thor’s.

Still, thanks to its complex overhanging headwalls, steep faces and hard-to-navigate routes, the massif poses extreme challenges even for technically gifted climbers.

Delivery dog offers curbside wine pickup during the coronavirus lockdown
Sunderland ‘Til I Die song: What is the song in Sunderland Till I Die?
Popular News
Back pain: Does your lower back hurt? Effective treatments for a herniated disk
05/07/2022
Stuart Broad builds up to second Virtual Test with Sri Lanka
26/03/2020
Bindi Irwin Made Last-Minute Changes to Her Wedding Due to Coronavirus Lockdown
26/03/2020
Widow on The Repair Shop leaves viewers sobbing
26/03/2020
Coronavirus lockdown: Global quarantine reveals weird fact about humanity
26/03/2020
Recent Posts