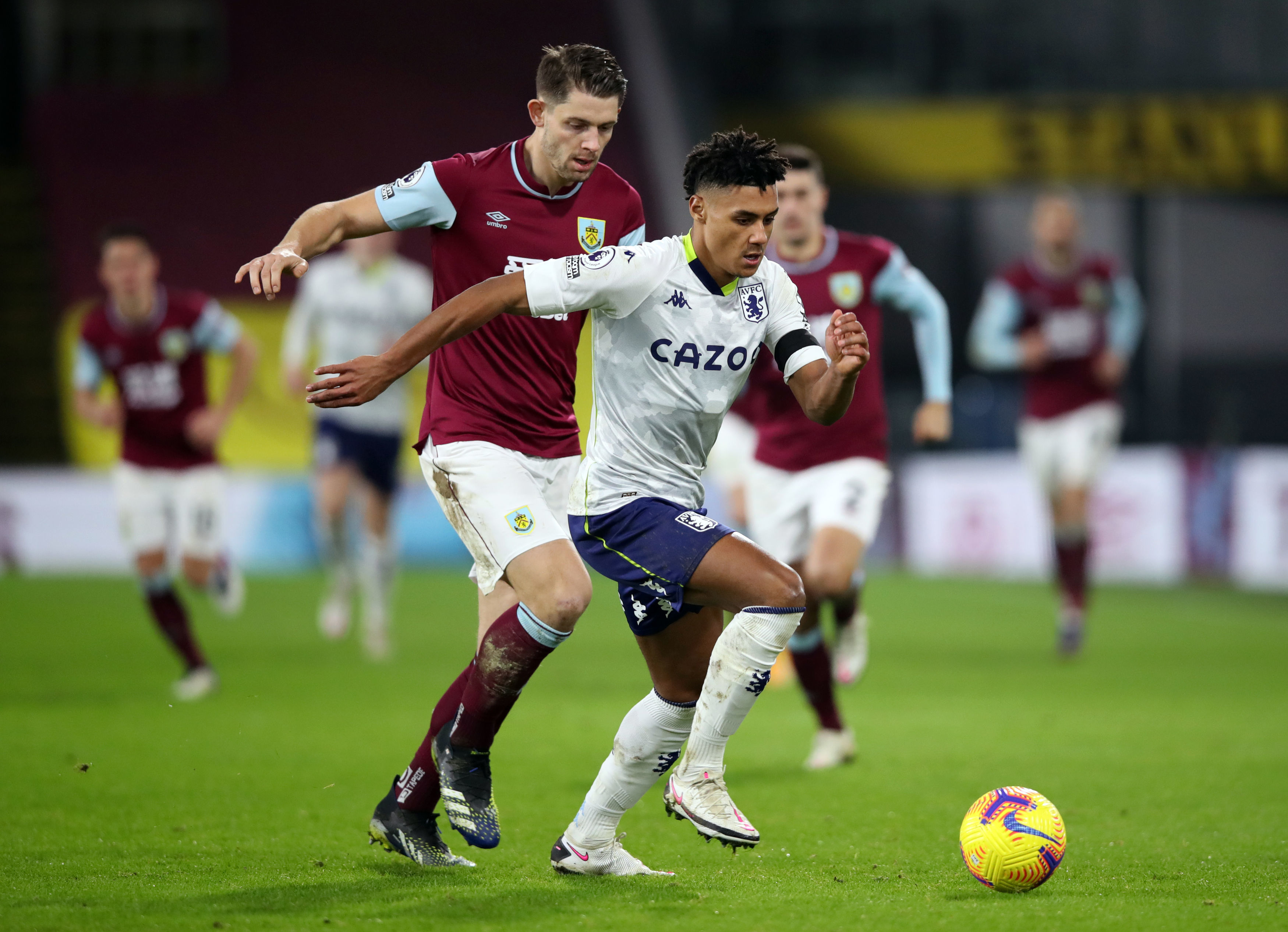 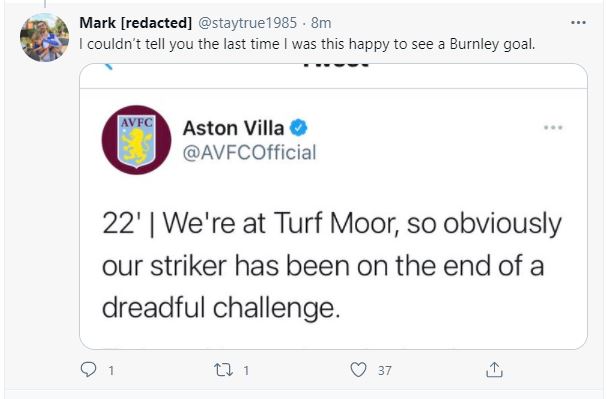 And Villa's official Twitter account responded sarcastically with: "We're at Turf Moor now so obviously our striker has been on the end of a dreadful challenge. Tarkowski goes into the book."

But when Ben Mee equalised, one fan tweeted a screengrab of the tweet along with the message: "I couldn’t tell you the last time I was this happy to see a Burnley goal."

And his tackle on Watkins was not the only flashpoint in a heated Premier League contest.

Referee Paul Tierney warned Dyche – while Cash seemed angry at the apparent suggestion he had dived.

The dramatic contest went up a few moregears in the final quarter.