Home » Lifestyle » Am Dram – The world's most lethal hobby

Am Dram – The world's most lethal hobby

Michael Coveney says, in a statistic that stretches credulity, that there are 2,500 amateur dramatic societies in Britain, putting on 35,000 productions a year in disused cinemas, chapels, barns and converted Nissen huts.

The most spectacular venue is the Minack in Cornwall, carved from a cliff. ‘There is a coffee shop, exhibition centre and decent toilet facilities,’ says Coveney, who has clearly done his research.

Amateur theatricals were always popular as country house revels and in schools, the armed services and universities. 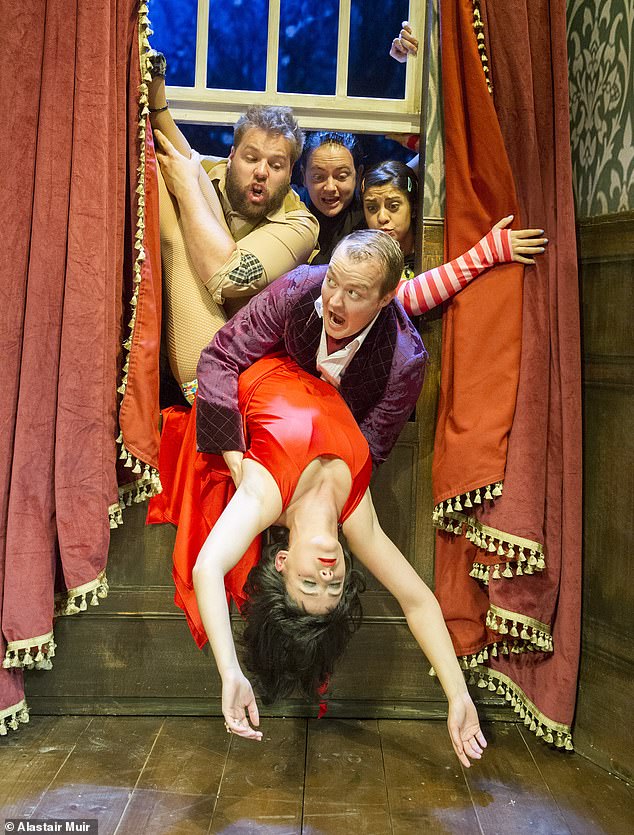 Michael Coveney celebrates amateur theatricals (pictured) in a new book, as he reveals that there are around 2,500 amateur dramatic societies in Britain

They particularly thrived (and continue to do so) in middle-class, suburban environments. Indeed, one of the glories of this pursuit is the preservation of a traditional English culture otherwise vanishing, like steam trains or pageantry. Coveney makes the excellent point that — thanks to commercial theatres’ preference for musicals and experimental rubbish — it is often only on the amateur stage that audiences can find and enjoy classics such as J.B. Priestley, J.M. Barrie and, increasingly, Shakespeare.

A lot of well-known actors were first bitten by the bug at their local amateur dramatic society — Anthony Hopkins and Michael Sheen at the YMCA in Port Talbot; Michael Gambon, an apprentice engineer, in Bexleyheath; Ben Kingsley in Salford. Leonard Rossiter was an insurance salesman in Liverpool for years, before becoming a pro.

Ross Noble, looking back at his formative days in Newcastle, says: ‘Doing things at the weekend which all week at school you would get mocked for was a total joy.’

Dame Flora Robson only escaped the conveyor-belt at the Shredded Wheat factory in Welwyn Garden City by forming her own troupe, in 1923. Kenneth Branagh says he first learned the value of discipline by joining The Progress Theatre in Reading, becoming part of ‘a hive of feverish activity and organisation’.

Throughout his study, Coveney is careful not to be patronising, and quotes with approval Sir Ian McKellen’s noble opinion that ‘the amateur theatre is the rock, the foundation, upon which is built the theatre of our time’. 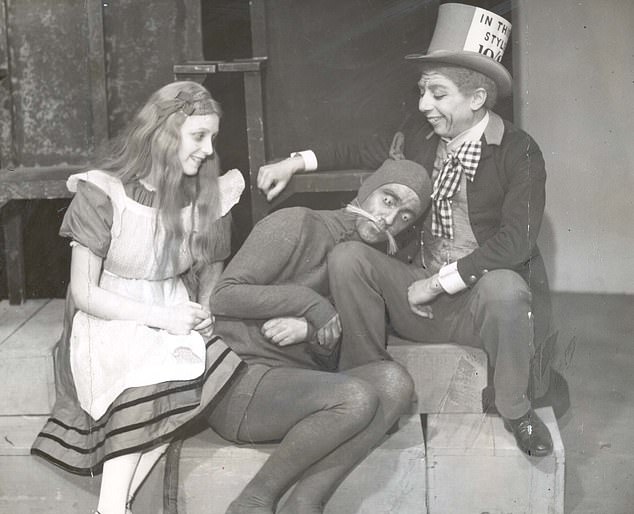 The amateur theatrical world is known as a place ‘where people who love theatre put on plays they love, with love’. Pictured: An amateur production of Alice in Wonderland

Maybe it is, maybe it isn’t, but in my experience the actors who most look like actors are the glorious amateurs, who seem to be in it for the sheer escapism. They sport silk cravats and camel-hair coats draped over their shoulders. Purple fedoras are not uncommon and they have a tendency to overdo the stage make-up.

These would-be exhibitionists, when not giving Newport their Fagin or Mobberley their Professor Higgins, are holding down ordinary jobs as geography teachers, ironmongers, underwear manufacturers, market porters and tattooists.

In addition to the actual performing, these good people paint the sets, run the box office, operate the lighting, design the posters, sew the costumes, print the programmes — and receive no wage packet.

But what makes their world a particular joy to behold, as catalogued by Coveney, are the plays that go wrong — fluffed cues, dysfunctional trapdoors, doorknobs coming off in the hand, prop bottles refusing to smash on impact and telephones with a mind of their own. 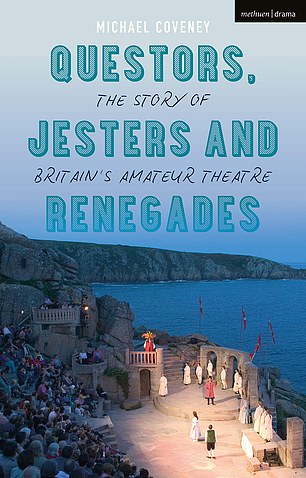 I’d love to have been in Cardiff the night King Lear’s beard transferred itself to Cordelia, or at the finale of Hamlet when the dead were carried solemnly into the wings to, instead of funeral music, the catchy strains of Tea For Two.

Overall, Coveney’s book is a hysterical and warm-hearted celebration of British ‘eccentricity and independence’. The amateur world, ‘by definition, is where people who love theatre put on plays they love, with love’.

It would also be true to say, slightly less soppily, that these are also in the main men and women who’d not quite make a living on the stage if they’d ever risk resigning from their safe day jobs. Of the two Coveney mentions who made the leap, one became Shirley Bassey’s dresser and the other is currently ‘cooking for an old people’s home in Wales’.

Hands Down, These Are the Best Deep Conditioners for Curly Hair
Elizabeth Smart talks about being in isolation during pandemic
Popular News
Thousands of people to get £200 direct payment in bank account within days to help with energy bills – how to get it | The Sun
03/07/2022
Stuart Broad builds up to second Virtual Test with Sri Lanka
26/03/2020
Bindi Irwin Made Last-Minute Changes to Her Wedding Due to Coronavirus Lockdown
26/03/2020
Widow on The Repair Shop leaves viewers sobbing
26/03/2020
Coronavirus lockdown: Global quarantine reveals weird fact about humanity
26/03/2020
Recent Posts