Kristen Stewart typically kept mum about who she dated…that is, until her fiancée, Dylan Meyer, came into her life. Instead of being “sort of cagey” with the details of her relationship—her words, BTW!—Kristen can’t stop gushing about Dylan whenever she gets the chance. The couple has been solid as a rock for the past couple of years, and K-Stew confirmed they are engaged, which is obviously v exciting!

With wedding bands in their future, it’s time to learn more about Dylan, the woman who captured Kristen’s heart. If you don’t come out of this shipping the hell outta Kristen and Dylan, well…then I’m sorry to break it to you, but your heart is no longer in working order. 😬 Get to know more about Dylan below. 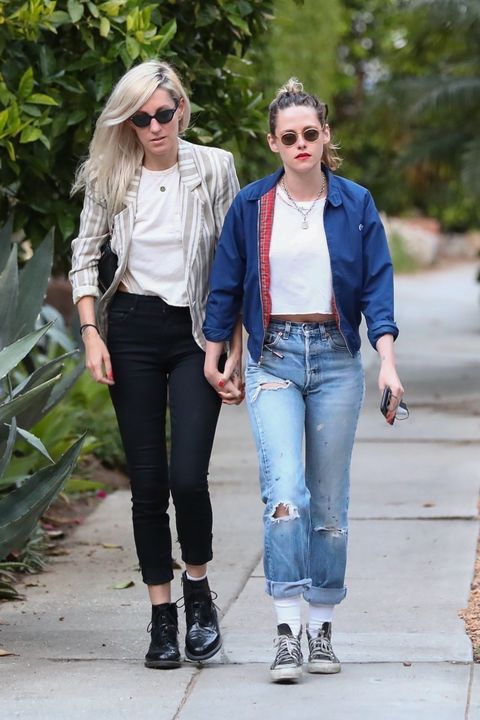 Kristen and Dylan made their red carpet debut!

In the lead-up to the 2022 Oscars, Kristen and Dylan were spotted more frequently in the spotlight together. They attended an Oscars party hosted by the Hollywood Reporter back in March: 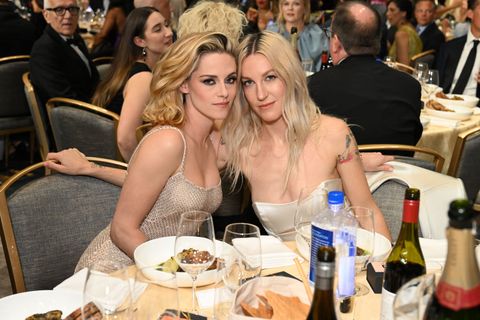 And soon after, the duo made their red carpet couple debut at the 2022 Critics Choice Awards! Check out these cute photos of them: 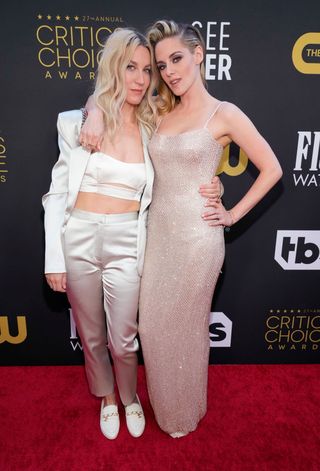 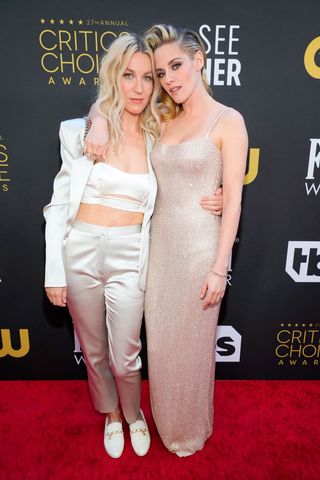 Kristen confirmed she and Dylan are engaged as of November 2021

Dylan proposed!! “We’re marrying, we’re totally gonna do it,” Kristen confirmed on SiriusXM’s The Howard Stern Show. “I wanted to be proposed to, so I think I very distinctly carved out what I wanted and she nailed it. We’re marrying, it’s happening.”

While truly thrilling, this isn’t exactly breaking news because Kristen has been pretty open about wanting to take her future with Dylan more ~seriously~, previously telling Howard Stern that she “can’t fucking wait” to propose to Dylan (although it ended up being the other way around!).

“Yeah, I want to be, like, somewhat reasonable about it, but I think good things happen fast,” Kristen previously said as she talked through her plan for popping the question. “I can’t say right now because she’ll find out.” Kristen also said her wish to get married isn’t “tied to any weird sort of convention. It’s just, like, when you know, you know.”

Dylan is a screenwriter and actor

In a November 2020 interview with Howard Stern, Kristen revealed that she and Dylan actually met on a movie set visit eight years ago. Kristen didn’t specify which movie it was, but Dylan’s résumé has an impressive list of options—according to her IMDb page, she has writing and production credits on Moxie, Rock Bottom, Miss 2059, and Loose Ends.

Kristen and Dylan were reportedly dating in August 2019, just a month after Kristen was seen kissing Stella Maxwell on a yacht in Italy. An E! News source didn’t seem to sweat this though. They claimed that “Kristen’s spending time with Dylan and very happy about it” and Kristen wasn’t “holding back at all and loves being with her. They’re moving quickly and always together.”

Kristen knew right away that she liked Dylan a lot

And according to Kristen, their connection was absolutely cosmic. Kristen told Howard Stern all about it and said:

Kristen doesn’t have an Instagram account of her own, but Dylan does! Soon after they started dating, Dylan posted a black-and-white Polaroid of her and Kristen kissing with the caption, “Find me under the covers hiding from the happiness police. 🖤”

Dylan also wrote a super-sweet tribute to Kristen for her birthday that read, “It’s my absolute favorite person’s birthday and I’m wishing everyone the volume of beautiful feeling I feel toward her. It’s a short ride on this earth, spend your time with someone that inspires you to be the best version of yourself and lights your shit on fire.”

And there has been plenty more Insta cuteness since:

Can’t wait to see these two walk down the aisle! 😭