Singing is not the only talent within the Braxton family. Fans of Braxton Family Values have watched the Braxton sisters gather around for family cookoffs since the first season. All five sisters claim to be the best cook of the bunch, with their mother often having to mediate between who actually has the best chef skills. One thing they can agree on when it comes to the kitchen is that the eldest sister, Toni, lacks skills in the kitchen. 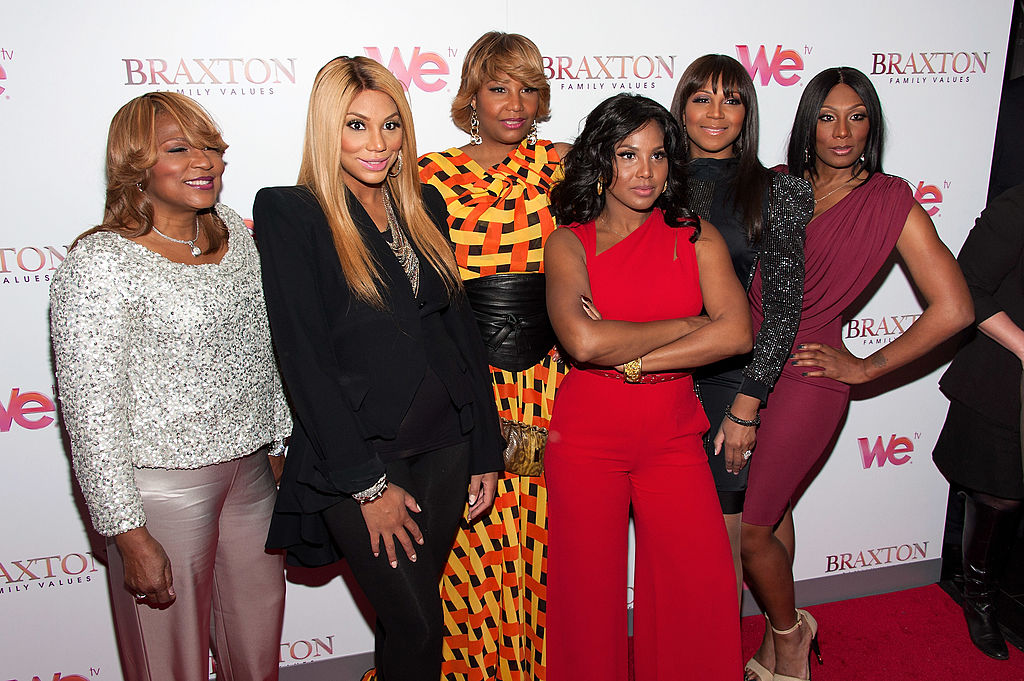 Despite Toni’s insistence that she can throw down in the kitchen, the sisters have often disagreed during their cooking sessions. In an interview on The Steve Harvey Show, the family shared how Toni’s love of fine cuisine once ruined Christmas dinner.

Long before their reality series hit the airwaves, three of the Braxton sisters participated in a cook-off for a potential series. Toni, Trina, and Tamar – along with their husbands – were all instructed to cook a three-course meal with a limited budget and minimal tools. The sisters were excited to participate as cooking has been a huge tradition in their family.

“My sisters and I have been cooking for a long time. Coming from a large family, food is very important,” Toni explained in the clip. “We would always compete, especially when we started dating and got married, we’d have the spouses compete with each other. We would just all come in the kitchen and make our best dishes and decide who was the winner. That’s how we came up with this fabulous idea.”

The sisters have had several cookoffs on Braxton Family Values throughout the course of the show and each one is more intense than the last. The sister who has the least cooking ability is typically a tie between Toni and Trina.

Toni won the competition for their potential cooking series, but from the experiences shown later on their reality show, she may have had good luck. The sisters often tease Toni for her love of fine dining that they say “lacks soul.”

In their interview with Harvey, the sisters got into a heated debate about who was the best cook in the family and without a doubt, they singled out Toni as the worse. After Toni begged the family to let her host Christmas dinner at her home, the sisters said they left starving and disappointed.

“It was seven courses of a bite,” Tamar explained. “The start was a soup, you got a spoon full of soup…that was it. [The salad] was one piece of lettuce. And then she had ravioli…not raviolis, it was one piece of ravioli on a plate. We were starving after we left for Christmas!”

The sisters have not held another large family meal at Toni’s for a holiday since the infamous Christmas dinner. Still, Toni promises that she’s a great cook and prefers a fine dining experience, specifically with healthier options.