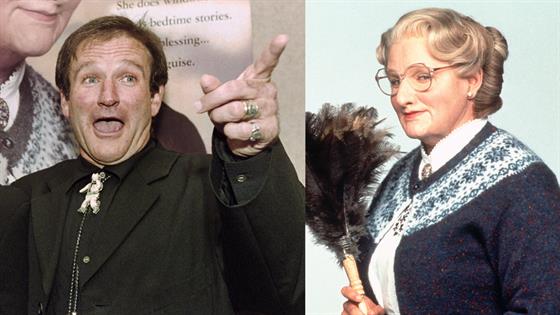 Pop culture fans have another big reason to visit YouTube.

Earlier today, the estate of the late comedian Robin Williams launched an official YouTube channel, featuring classic clips from some of his most memorable stand-up shows.

With help from Time Life and the Robin Williams Estate, the channel is also expected to feature interviews with Robin’s friends and family. Other retrospective videos of the Hollywood star will also be released in the days and weeks to come.

So what can fans start watching right now from their home or office?

The YouTube page already has clips of Robin’s 2002 HBO special titled Live on Broadway where he discusses everything from golf to Koko the Gorilla. There’s also a portion from his 1978 HBO Special titled Off the Wall.

“You’re only given a little spark of madness, and if you lose that… you’re nothing,” he shared in the throwback clip available for all to watch.

Lewis Black also sits down to share fond memories of his talented friend in a personal video.

Robin passed away in August 2014 at the age of 63. His death was ruled as a suicide.

“I’ve spent this last year trying to find out what killed Robin,” his wife Susan Schneider previously shared with People. “Depression was one of let’s call it 50 symptoms, and it was a small one.”

Ultimately, family, friends and fans continue to honor Robin as a Hollywood star who brought constant laughs and talent to the big screen and whatever stage he walked on.

“If you’d like to do something in his honor, volunteer at your local homeless shelter, or look up how to make homeless aid backpacks. Give one in his name. He’d have loved that,” Robin’s daughter Zelda Williams previously wrote on Instagram. “Otherwise some great orgs he loved include @cafoundation, @dswt and @reevefoundation. Mostly, try to spread some laughter and kindness around. And creatively swear a lot. [Every time] you do, somewhere out there in our vast weird universe, he’s giggling with you… or giving a particularly fat bumblebee its wings.”

New clips are expected to be uploaded every week until June. Visit the page here.