Justin Bieber is getting ready for his new era. On Friday, Feb. 26, he revealed on Instagram he’s dropping his sixth studio album, Justice, in a matter of weeks. The record will arrive just a year after he shared Changes in February 2020. Judging by his post explaining the inspiration behind his new songs, Justice will be his most vulnerable project yet. If you’re excited for the release, you should know all of Justin Bieber’s Justice album details because they give a preview of what to expect.

These days, a lot of artists like Nick Jonas, BTS, and TXT have been inspired by their experiences during the pandemic to deliver more personal music to fans. They’ve touched on topics like loneliness and isolation, and now, Bieber is joining the conversation because Justice is meant to bring hope to listeners who may be struggling. "In creating this album my goal is to make music that will provide comfort, to make songs that people can relate to and connect to so they feel less alone," Bieber said on Instagram. "Music is a great way of reminding each other that we aren’t alone. Music can be a way to relate to one another and connect with one another."

Bieber added that while he can’t "solve injustice by making music," he’ll do his best to make even the smallest impact on other people’s lives. "I do know that if we all do our part by using our gifts to serve this planet and each other that we are that much closer to being united. This is me doing a small part. My part. I want to continue the conversation of what justice looks like so we can continue to heal," he explained.

Justice — which is a play on his name Justin — will drop this March (Bieber’s birthday month), so here’s everything you need to know about it.

Fans won’t have to wait long to hear Justice because it drops on Friday, March 19. If you want to be one of the first to listen to it, you can pre-order both the physical and digital album starting today. There will be four different physical versions, so make sure to save up to get them all! (One includes the standard picture and the other three include different-colored versions of the alternate cover.)

To go along with his album announcement on Instagram, Bieber shared Justice‘s official cover art showing him crouching down in the middle of a tunnel. His serious facial expression and the image’s overall mysterious vibe tease the album’s more raw sound.

You can also check out the alternative covers below. 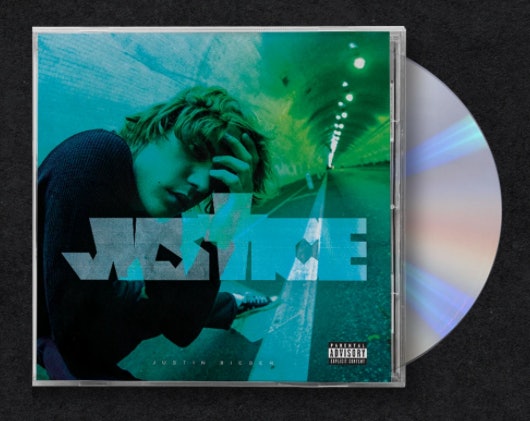 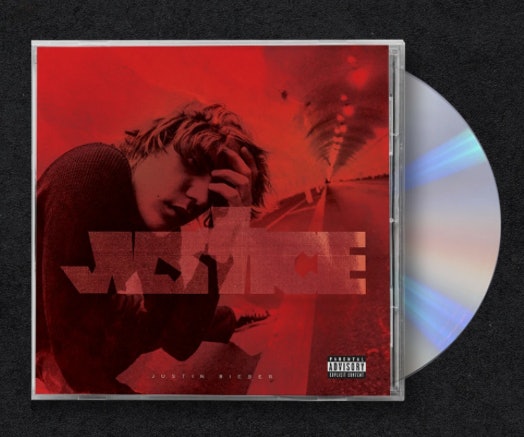 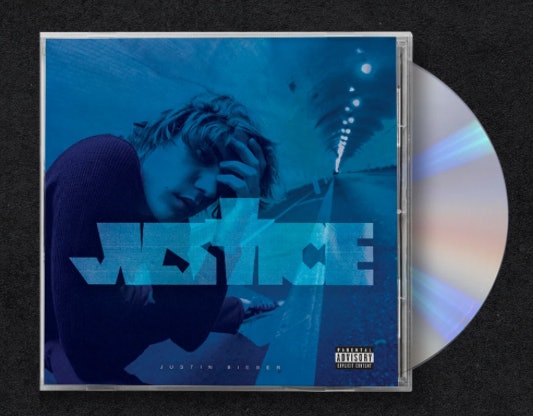 Bieber hasn’t unveiled the tracklist yet, but according to Rolling Stone, Justice will include his previously-released singles like "Holy," featuring Chance the Rapper, "Lonely," featuring Benny Blanco, and "Anyone," which he dropped on Jan. 1. The songs deal with various aspects of his life, including feeling pressure under the spotlight, being criticized for his past mistakes, and falling in love with his wife Hailey Baldwin.

The only music videos Bieber has shared so far as part of his Justice era have been for "Holy," "Lonely," and "Anyone," which you can watch below.

If you want to show your support for Bieber, snag some of his Justice merch from his official website! 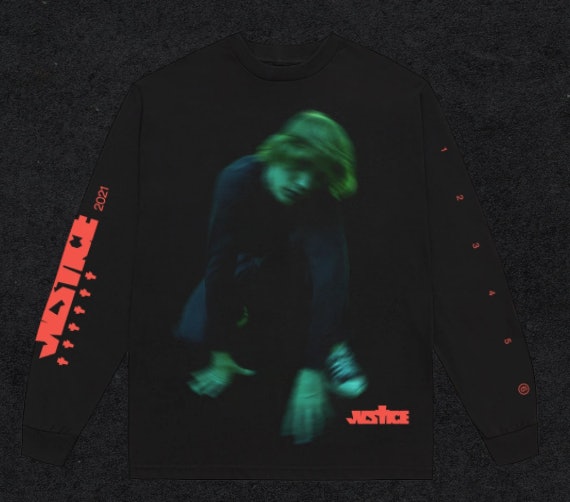 Get ready, because this Bieber era looks like it’s going to be amazing!

Related posts:
Rice water for hair hack – Does rice water really work? Hair experts have their say
Amazon's viral Seasum leggings review – do they really have butt-sculpting super powers?
Popular News
'The Falcon and the Winter Soldier': No, Building a Failsafe Into Bucky's Metal Arm Wasn't a Bad Idea
12/04/2021
Stuart Broad builds up to second Virtual Test with Sri Lanka
26/03/2020
Bindi Irwin Made Last-Minute Changes to Her Wedding Due to Coronavirus Lockdown
26/03/2020
Widow on The Repair Shop leaves viewers sobbing
26/03/2020
Coronavirus lockdown: Global quarantine reveals weird fact about humanity
26/03/2020
Recent Posts
This website uses cookies to improve your user experience and to provide you with advertisements that are relevant to your interests. By continuing to browse the site you are agreeing to our use of cookies.Ok