The Vicar Of Dibley: Inside Out

This is a nasty one, Sarge. Here’s our victim, a Sunday night telly viewer . . . dead on their sofa.

Looks like they settled down to watch McDonald & Dodds (ITV) and got bludgeoned over the head with leaden dialogue. Never regained consciousness.

Up and down the country, people were bored into comas or simply lost the will to keep breathing. This two-hour plodathon might be the first crime drama to qualify as a serial killer in its own right.

Among its deadliest elements is the running skit about how mild-mannered DS Dodds (Jason Watkins) likes to smear his takeaway chips with butter. His partner, DCI McDonald (Tala Gouveia), moans about this every time. 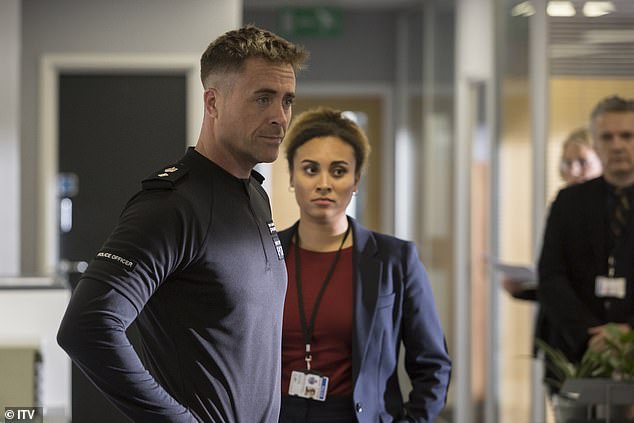 She could just give a shudder, or wind the window down. Instead, she launched into a lecture about the importance of five daily portions of fruit and veg.

Dodds protested that he sometimes ate meat pies with peas in them. Jokes as stodgy as that, even delivered by an actor of Watkins’s calibre, can block an artery.

Later, the scenario was reheated and served up again, like leftovers, as Dodds announced he was switching to ‘low-fat butter’ as a concession to healthy eating.

Even when the script did try a little levity, it was steamrollered flat. Sharon Rooney, as the put-upon friend of a murder suspect, boasted to Dodds that she possessed a ‘photogenic memory’. Half an hour later she said it again, in case we hadn’t got it the first time.

‘Photogenic’, do you see? Because she means ‘photographic’. But she said ‘photogenic’. It’s amusing.

Holiday tip of the weekend:

Flies don’t bother zebras much, we learnt on Attenborough’s Life in Colour (BBC1).

Confused by the stripes, they find it hard to spot a place to land.

So no need for mosquito repellent — just paint yourself in stripes.

Somewhere on this long trudge, the original joke of the show has been forgotten. Diffident, awkward Dodds is meant to be a deductive genius. His boss, the ambitious and politically astute McDonald, has no talent for real police work but is brilliant at taking the credit for her partner’s intuitions . . . and no one ever guesses.

We’ve seen the gag before, in the comedy film Without A Clue, starring Ben Kingsley as a clever Watson and Michael Caine as the idiot Holmes. But there’s lots more mileage in it.

McDonald & Dodds has lost sight of this format. Gouveia’s character has become so sharp-eyed, she takes one glance at a body on railway tracks and diagnoses cause of death as an overdose of the date-rape drug Rohypnol. Her sergeant just bumbles. He mistakes a nightclub wrist-stamp for the signature of a satanic murderer, then arrests the wrong suspect.

After a promising start, this series has completely lost its way. The only certainty now is that next week’s episode will include a long-winded routine about butter on chips.

Comedy writers Richard Curtis and Paul Mayhew-Archer showed how to keep squeezing magic from a running joke in The Vicar of Dibley: Inside Out (Gold).

This behind-the-scenes look at a glorious sitcom highlighted the repeat gags that brought fresh laughs — the puddles, the doorstep misunderstandings and those wonderful exchanges between Dawn French and Emma Chambers, whose dozy character Alice was incapable of grasping any punchline. 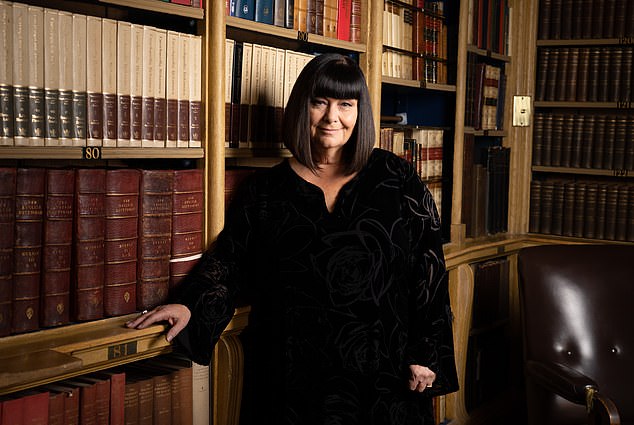 Comedy writers Richard Curtis and Paul Mayhew-Archer showed how to keep squeezing magic from a running joke in The Vicar of Dibley: Inside Out (Gold). Pictured, Dawn French

I never tire of these ‘making-of’ documentaries. Juiciest revelations: Dawn wanted Michael Palin to play her boyfriend (she got Richard Armitage).

And Rowan Atkinson refused to appear — he hates the show, apparently, although Curtis created his timeless hit Blackadder. Very odd.