Nicola Peltz looked radiant as she sported a prominent baby bump while posing for pictures on the set of her new film. The actress wrote, co-directed, and stars in upcoming independent drama Lola James, and celebrated wrapping her project by sharing a series of behind the scenes snaps on Instagram.

The film follows the 19-year-old titular character, who is working to save enough money to get her little brother Arlo out of their toxic home and away from their mother Mona, played by Virgina Madsen.

Lola ends up addicted to drugs, and while Arlo’s bright outlook keeps her head above water, one tragic night changes her life forever.

Nicola plays Lola in the flick, which she directed alongside actress and filmmaker Bria Vinaite, with Luke David Blumm cast as her on-screen brother Arlo.

Nicola is also keeping her directorial debut in the family, as her brother Will Peltz also stars in the movie. 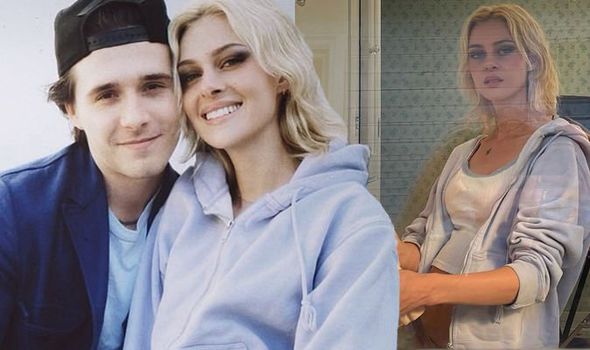 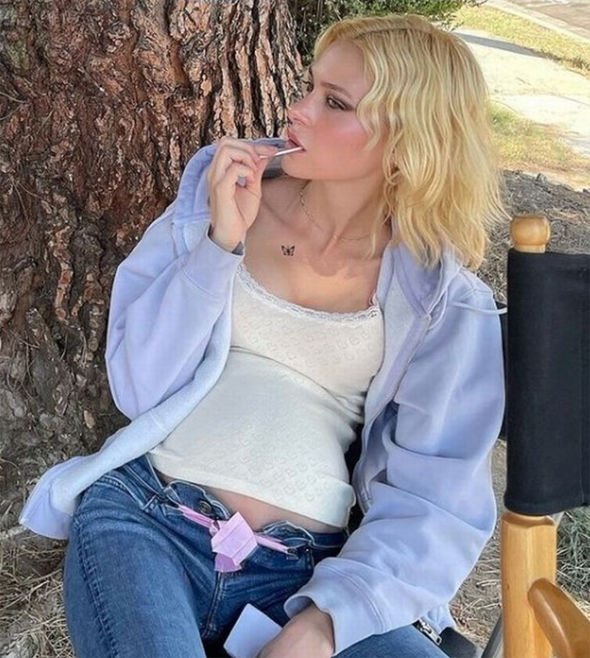 In photographs shared on social media, the actress rocks bleach blonde hair and a baby bump, while another shows her looking pensively out the window as she washes the dishes.

Nicole told her followers that being on the set of the film was her “happy place”, and her celebrity friends were quick to heap praise on her new project.

“Congrats girl! This is a huge milestone and you should be incredibly proud of yourself! I know I am and I can’t wait to see the result of this project full of love,” fellow actress Eiza Gonzalez wrote in the comments.

While another fan commented: “Wow are you pregnant!?”

A third person typed: “Is she pregnant?”

In another photo, Nicola is pictured watching scenes from behind the camera while on a night shoot, before she also uploaded a photo of her with cotton swabs up both of her nostrils for a Covid test. 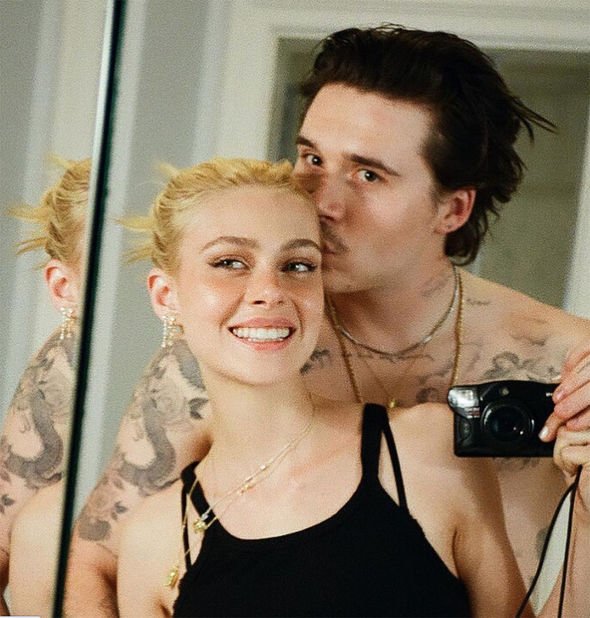 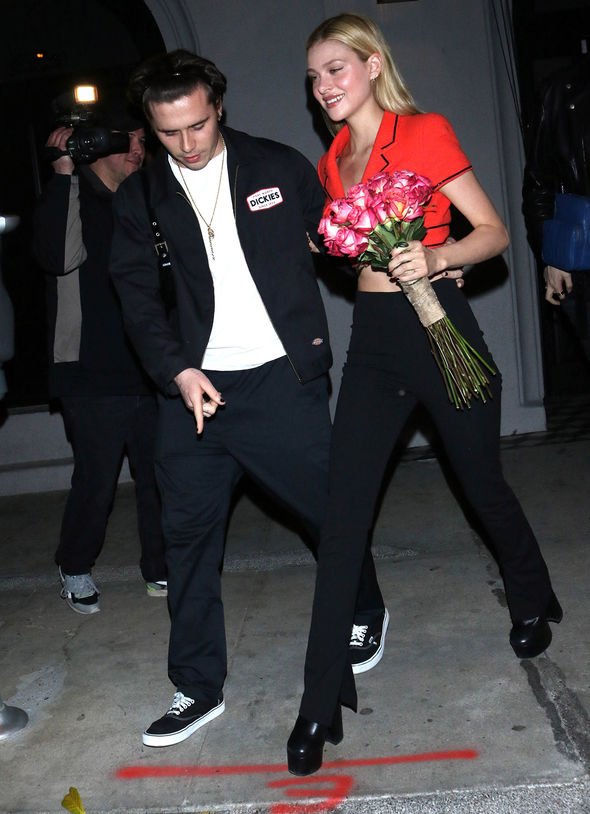 Her fiance Brooklyn served as the on-set photographer for Lola James, and he called the budding director “the most talented person I know”.

“I am so proud of you baby x 3 years in the making and tonight was the last night of filming this masterpiece.

“I’m so in love with you and you are the most talented person I know,” he wrote alongside a black-and-white snap of Nicola peeking from behind a camera.

“I am so in love with you xx my sexy director,” Brooklyn added.

“I love you so much thank you!” Nicola replied, along with a crying face emoji.

Production on the movie began in March, and took place in Los Angeles, but a release date for the independent drama has yet to be announced.

The couple have reportedly worked well together on the set of her film, and a source revealed that they were a “very creative” duo.

“Brooklyn and Nicola are a very creative couple and Brooklyn has a way with capturing moments in images,” the insider explained to The Mirror.

The couple have been dating for around two years and got engaged last summer.

In the past, the photographer has also been in a relationship with Kickass actress Chloe Moretz.

Brooklyn and Nicola moved in together after only five months of dating as they enjoyed a whirlwind romance.

A representative for Nicola has been contacted by Express.co.uk for comment.