Alex Jones, 43, has revealed she found Matt Baker’s, 42, decision to leave The One Show to be “very sad”. The presenter admitted she has “been top every night thinking about” her co-host’s departure since the beginning of this month.

She told The Sun’s TV Mag: “It’s very sad. From the first day in March, I’ve been up every night thinking about it.

“We’ve sat next to each other for nearly a decade.

Alex went on to say the programme are struggling to find a replacement for Matt. 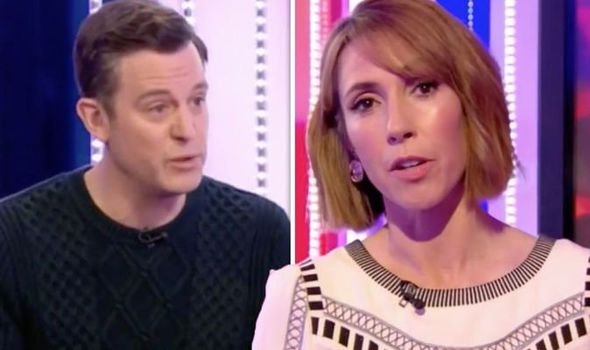 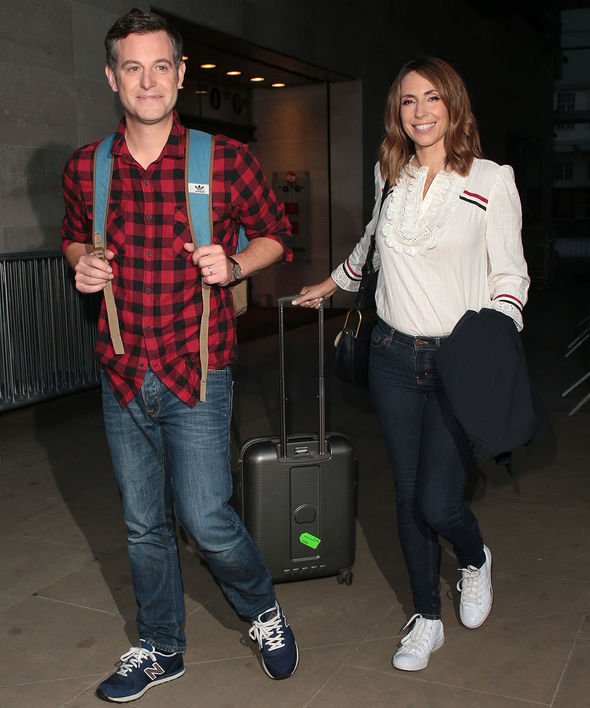 The television personality added: “We decided that we aren’t going to rush into a decision of who to replace him.

“Matt nailed it, but it’s a hard job. And it’s got to be someone I can have a laugh with.

“We’ll probably have guest hosts a week at a time over summer. We’ve been racking our brains and there are lists and lists [of people], but I think the right person will become obvious in their own way.”

In spite of Matt’s move away from the show, Alex insisted she is happy to stay in her hosting role. 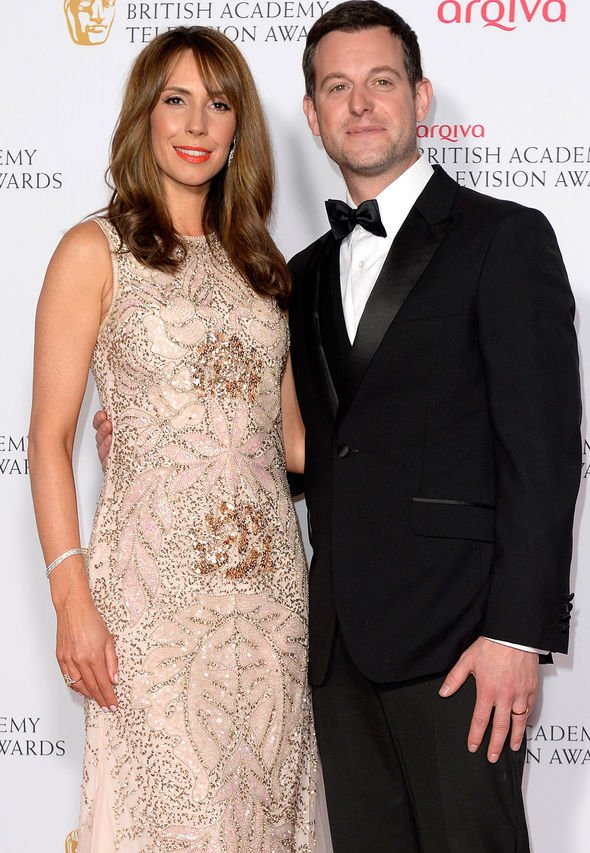 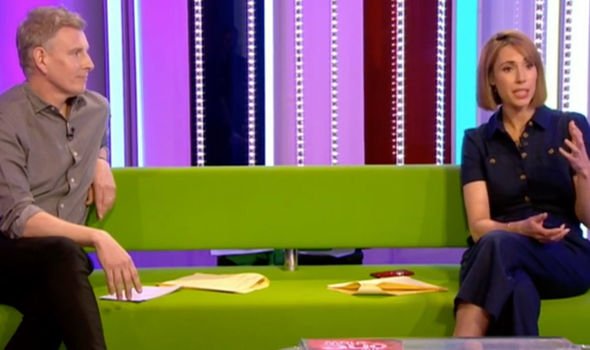 The star explained: “I’ve had nearly a year away to be a full-time mother [to baby Kit and three-year old Teddy], so I feel like I’ve had a break and am completely refreshed.

“I would like to stay for the foreseeable future. It’s my dream job.

“The last decade of my life has been the most defining for me: I met my husband; we bought our first house and moved to London; we had both of our children. Everything has happened while I’ve been on the show.”

Matt told viewers about his plans to leave The One Show during an episode of the programme in December last year.

After fronting the show for nine years, he said: “The One Show has been a massive part of my life for almost a decade now and I have loved every second of being a part of it.

“But I am going to be leaving this green sofa in the spring.”

Matt is currently unable to be with Alex in the studio, as he is working from home due to the coronavirus outbreak after one of his family members came down with a cough.

Alex recently told Zoe Ball that his exit is “bad timing” amid the pandemic during an appearance on her BBC Radio 2 Breakfast show.

The Welsh presenter said: “It’s just bad timing because Matt was leaving anyway on Tuesday and he has had to follow guidelines like we all do.

“He had to isolate. So I don’t really know what the plan is.”

Discussing his departure from The One Show, Alex commented: “Obviously in the future, when we’re all back to normal, hopefully in the not too distant future we’ll do something really special [for him].

“Give him a proper send off that he deserves because he’s given so much to that show over the last decade and I’ll find it really strange sitting next to somebody else.”

John Sergeant: ‘It’s my wife on the front line now… as a Samaritan’
Every time the royal family paid tribute to Prince Harry and Meghan Markle with their outfit choices
Popular News
Thousands of people to get £200 direct payment in bank account within days to help with energy bills – how to get it | The Sun
03/07/2022
Stuart Broad builds up to second Virtual Test with Sri Lanka
26/03/2020
Bindi Irwin Made Last-Minute Changes to Her Wedding Due to Coronavirus Lockdown
26/03/2020
Widow on The Repair Shop leaves viewers sobbing
26/03/2020
Coronavirus lockdown: Global quarantine reveals weird fact about humanity
26/03/2020
Recent Posts