MAKEUP enthusiasts, listen up because shoppers claim they've founda £3 foundation that is an EXACT dupe of the cult favourite Estée Lauder Double Wear – and it's a must have.

The W7 Legend Lasting Wear foundation can be picked up at B&M for just a few pounds, with beauty fans claiming that it gives the same coverage and finish as the £34 cult favourite. 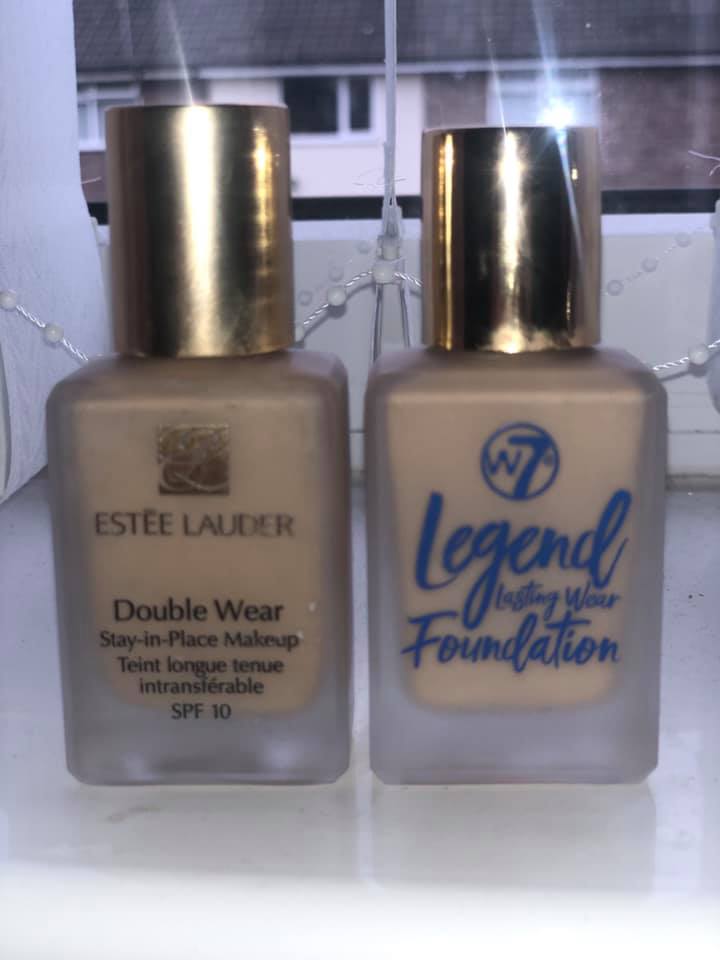 One makeup fan recently made the switch after stumbling across the bargain buy in a Wales store and decided to give it a go.

And she's so glad she did as she claims "it's a really good dupe" and with a price difference of £30, it's well worth the switch.

Keen to share her find, the makeup lover took to the Facebook group Extreme Couponing & Bargains UK, to recommend the product, giving it a rave review.

She said: "I’ve always worn Estée Lauder double wear foundation for full coverage, but at £34 a bottle it is a bit pricey!I came across this W7 foundation costing just £4!! In a bargain shop on a visit to Wales… but I know that it is sold in the likes of bodycare, etc. 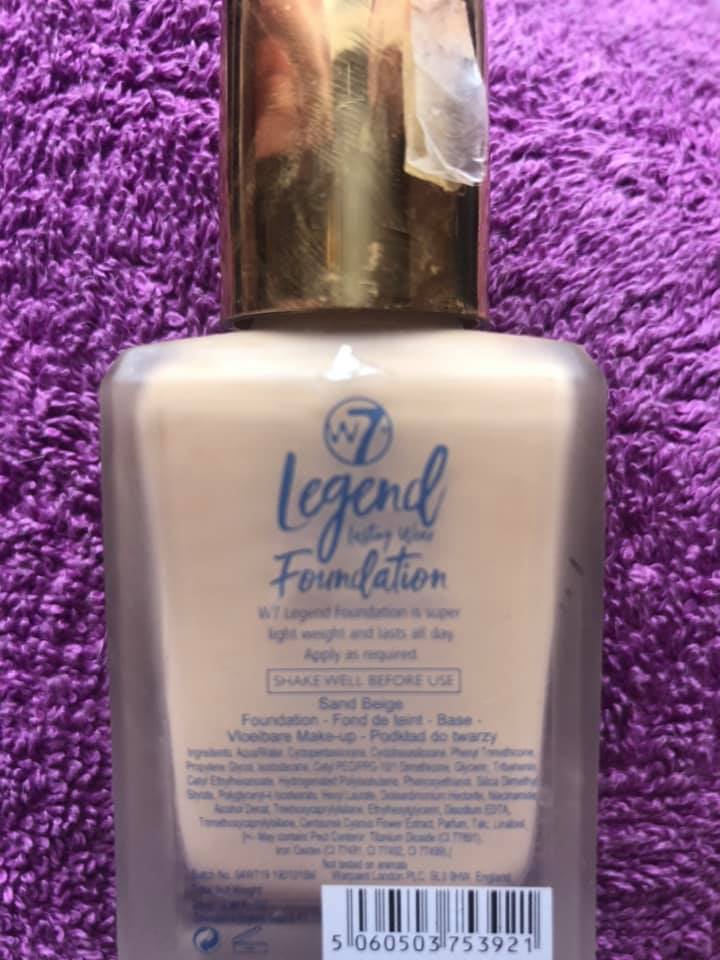 "It is almost identical to the Estee Lauder! I usually get Shade sand, so got a similar only the W7 and I love it! W7 is a little thinner in consistency (which I actually think is a good thing, as double wear can be a little too thick and cakey!"

And added: "I just thought I would share for those who wear Estée Lauder as it is a really good dupe with a price difference of £30!!"

While many admitted they could never stray from the trust Double Wear, it seems that plenty of others agreed, with her post receiving dozens of comments from those who attested her review. 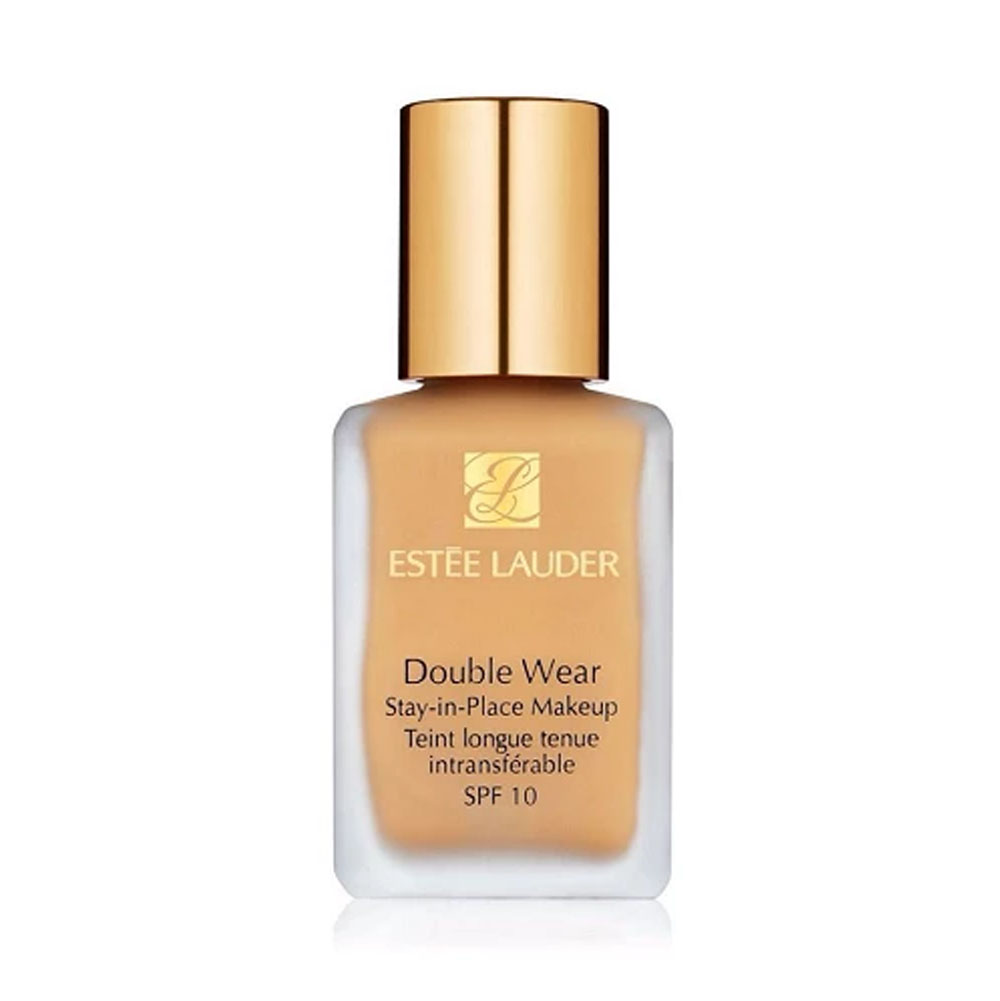 Clearly a fan of the budget buy, another wrote: "I honestly believe the W7 is better than Estee Lauder, like you say it is thinner but I also think that's better, also just glides onto skin and not heavy at all.

"Some people think by paying more they are getting better quality when really your just paying for the brand! Girls, its a must try."

And a fourth said: "I will second this. I'm an Estee Lauder fan but wanted something a little cheaper for everyday wear and this is just as good."

Many others who regularly use the Estee Lauder version were thrilled by the recommendation and vowed to try the W7 foundation if it meant cutting costs.

"Thank u for the Tip, " one person wrote, "I love Ester Lauder foundation and make-up but can’t afford it so will definitely be trying this one so thanks."

The W7 foundation has an RRP of £7.95, with B&M selling it for better than half price.

Shoppers said they've also spotted it on Amazon for £5

In other beauty news, does this £60 bottle of Estee Lauder Night Repair really hold the elixir of youth? We put it to the test.

And a mum swears by £2.50 Savers hairbrush for getting knots out of daughters hair – and says it’s BETTER than a Tangle Teezer.

Plus beauty fans rave about miracle £3.99 Aldi face oil – and say it’s just as good as the expensive stuff.

Related posts:
Winston Churchill statue: ‘WW2 PM in different category to Edward Colston’ says historian
Barack Obama’s half-brother rips ‘cold and ruthless’ ex-president
Popular News
Has WFH killed the lunch hour?
06/08/2020
Stuart Broad builds up to second Virtual Test with Sri Lanka
26/03/2020
Bindi Irwin Made Last-Minute Changes to Her Wedding Due to Coronavirus Lockdown
26/03/2020
Widow on The Repair Shop leaves viewers sobbing
26/03/2020
Coronavirus lockdown: Global quarantine reveals weird fact about humanity
26/03/2020
Recent Posts
This website uses cookies to improve your user experience and to provide you with advertisements that are relevant to your interests. By continuing to browse the site you are agreeing to our use of cookies.Ok