A FIRST-TIME mum has revealed the creepy moment she spotted a pair of hands next to her son's head on the baby monitor – leading to fears he was being snatched as he slept in his cot.

Terrified Charlie Davies, 28, rushed into the bedroom to check on four-month-old Isaac – but found him alone. 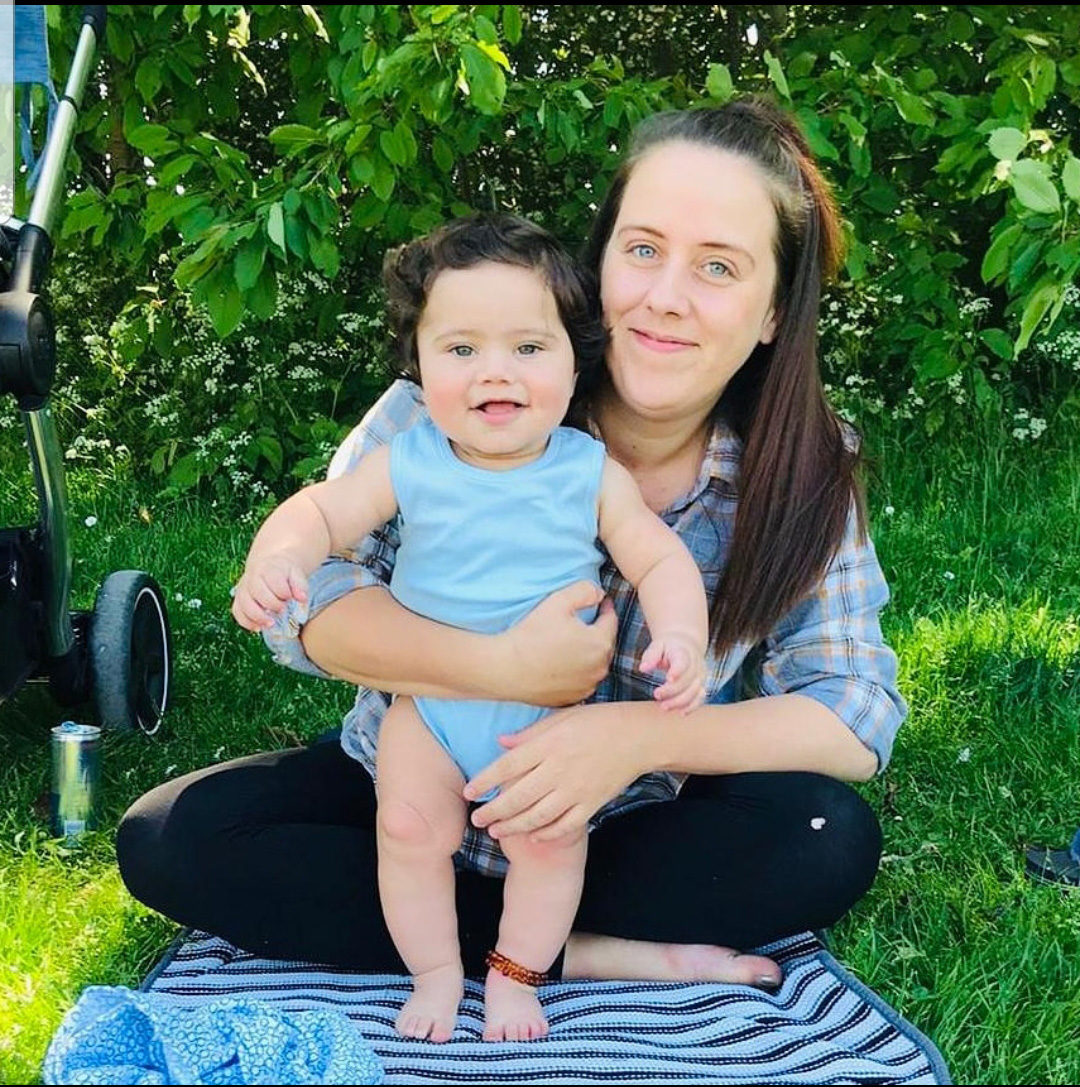 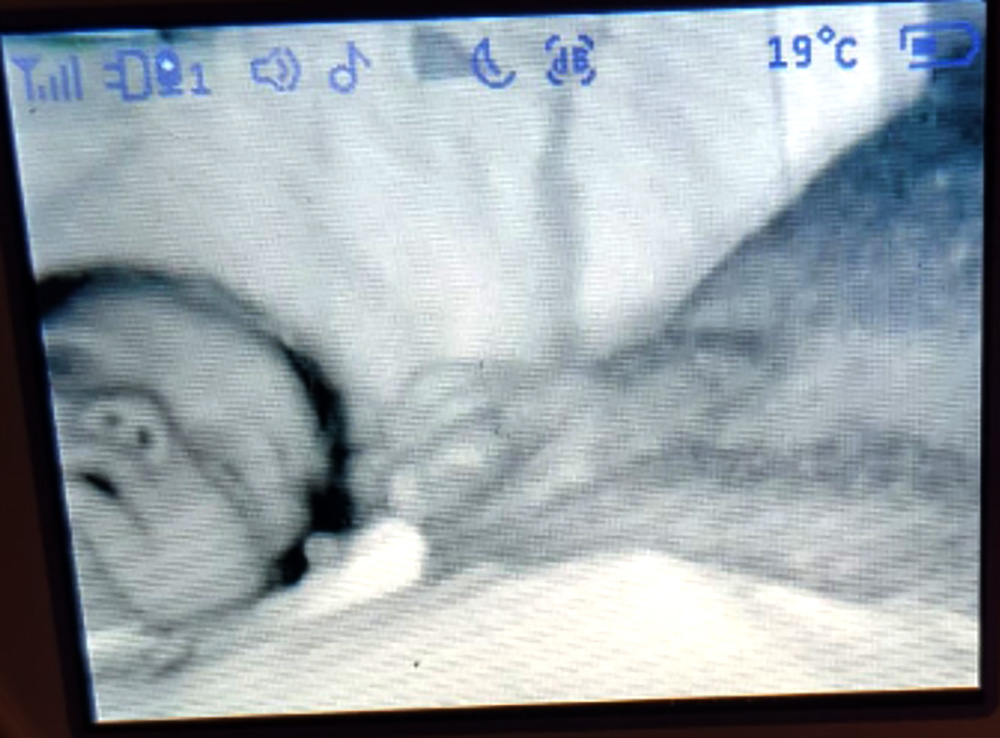 The first-time mum was baffled and rang her sister Kylie, 32, who reached out to a psychic.

And the girls were told the ghoul-like hands belonged to Isaac's grandparents, who had both died long before he was born and were trying to comfort the tot as he recovered from a chest infection.

Speaking exclusively to Fabulous, Charlie, from Aylesbury, Buckinghamshire, said of the spooky encounter: "I was in shock. I thought someone might be there trying to take my baby.

"I could clearly see Isaac and the pair of hands right next to his head, but not touching him. I didn’t know what to think, panic just set in. 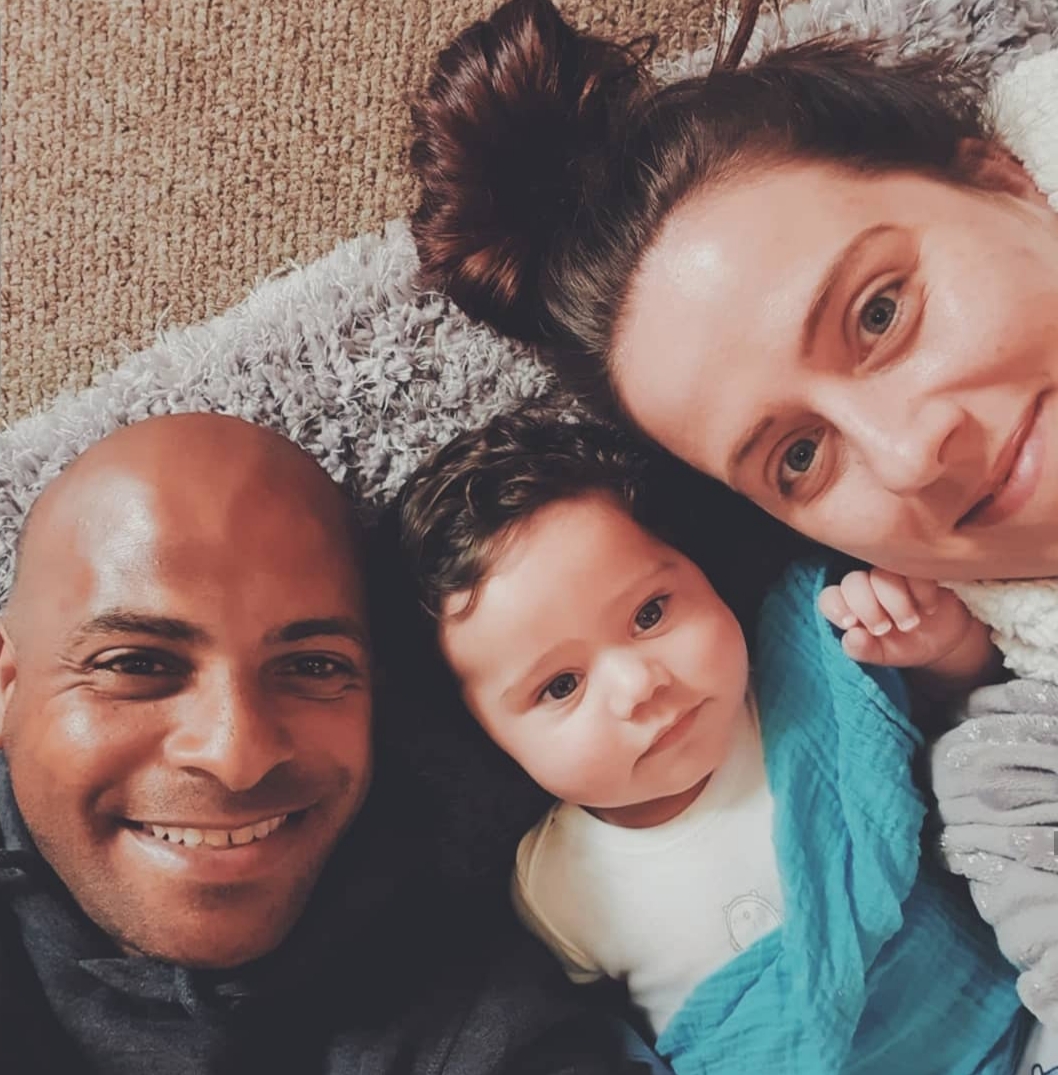 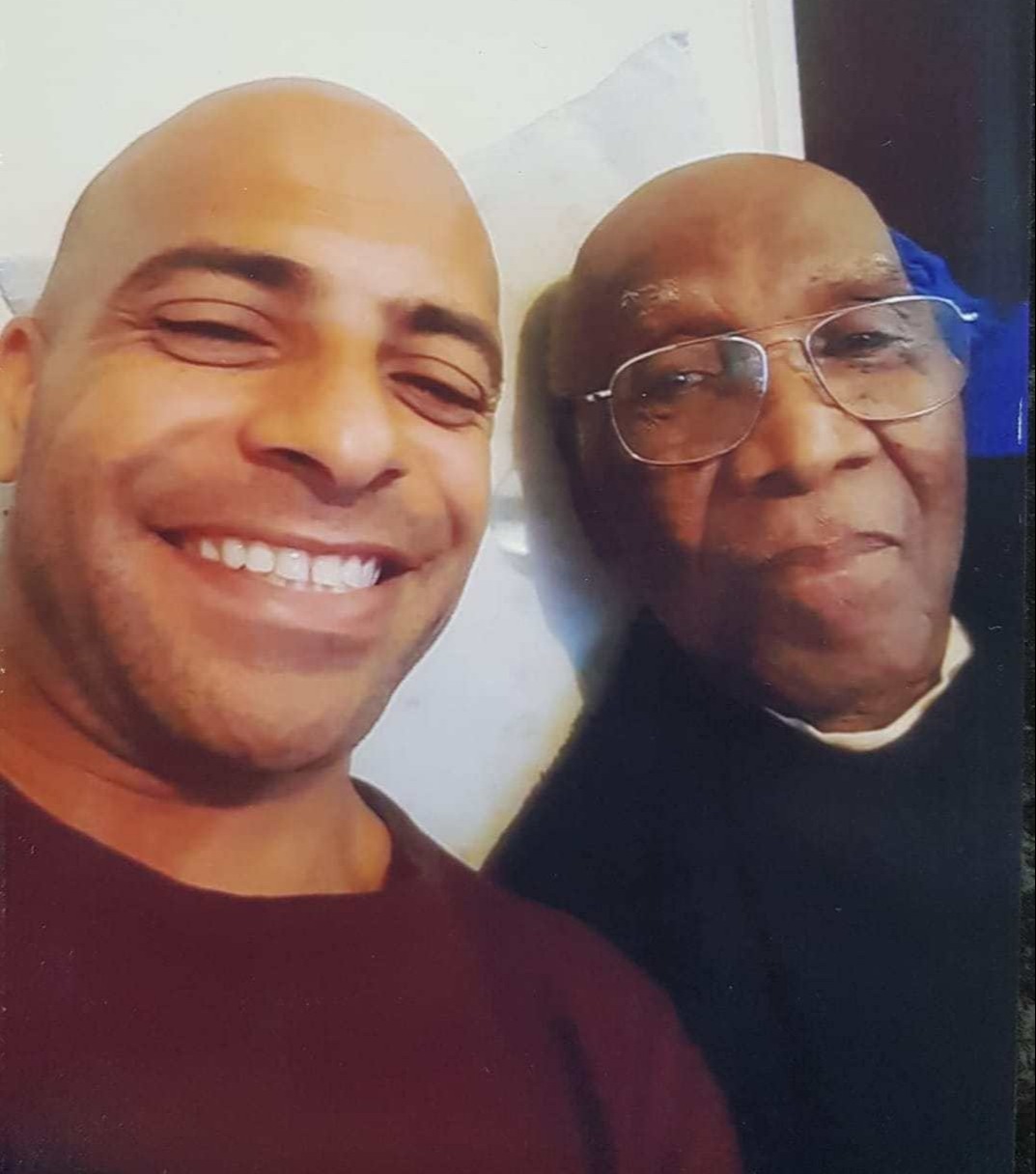 "I raced into the bedroom, terrified I was going to come face to face with an intruder, but no-one was there and Isaac was still fast asleep.

"I looked at the monitor and could see the hands – that’s when I took a picture. I checked Isaac just to make sure he was OK, but he was sleeping really deeply.

"Then the monitor turned itself off, and when I turned it on again the hands had disappeared.

I thought someone might be there trying to take my baby. I could clearly see Isaac and the pair of hands right next to his head

"Isaac had been really under the weather with a cold and chest infection.

"The medium didn’t know any of this, so when he said Isaac’s illness was nothing to worry about and that the hands had been protecting him I was so relieved.

"My boyfriend Paul’s parents have both passed away. Isaac had never met them but it was lovely to know that they were looking after him when he was sick." 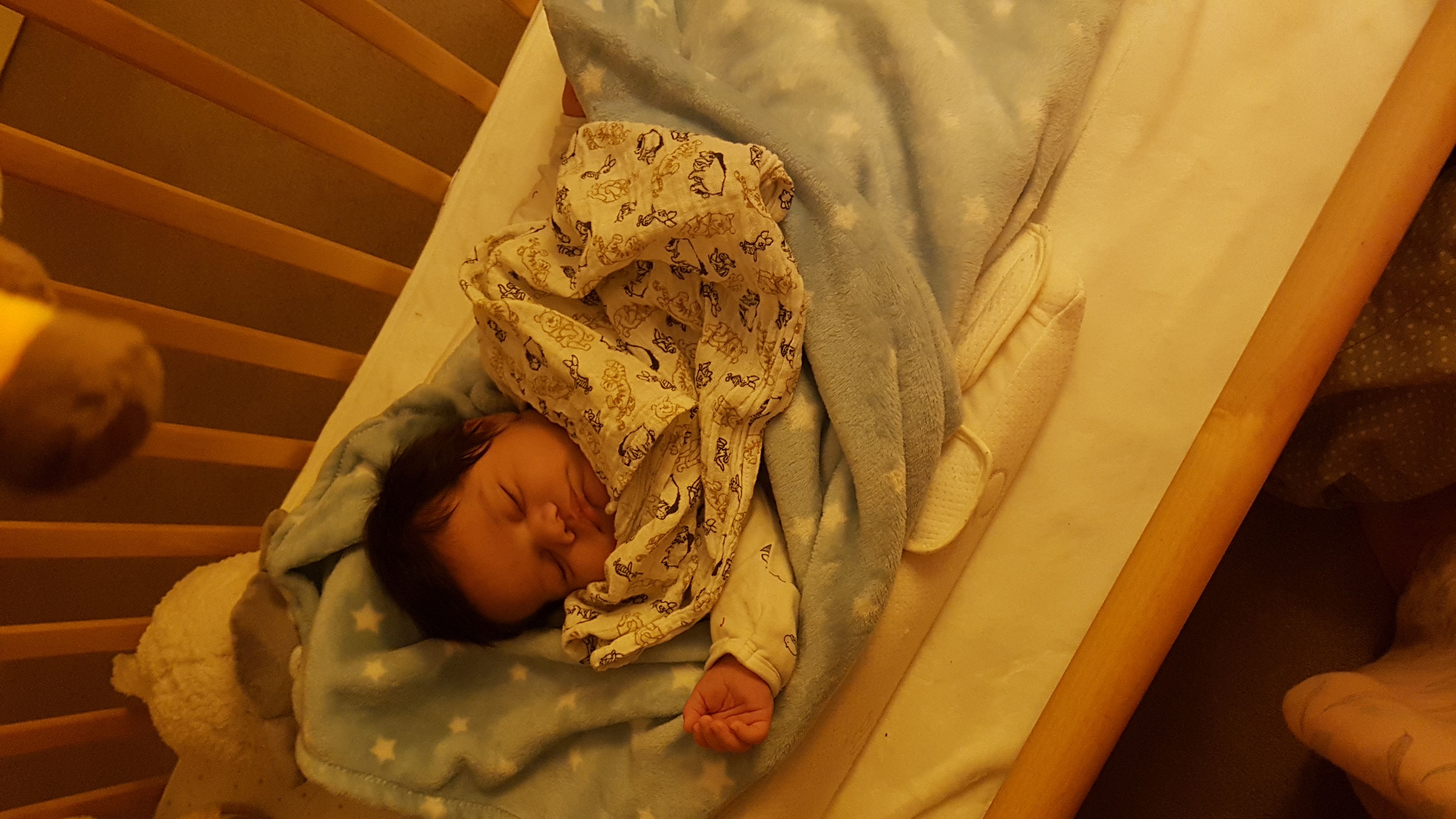 Charlie gave birth to Isaac by emergency C-Section on November 21 last year, after being diagnosed with gestational diabetes.

She and Isaac, who weighed 8lbs 12oz, went home to their flat the next day, where Paul and Charlie put his cot in their bedroom.

For three months, the couple had their hands full with their newborn.

"Isaac is such a cheeky baby," Charlie said. "But then he caught a cold and chest infection which wouldn’t shift.

"For three weeks he was really unhappy. I took him to the doctor's as he was crying all the time and wasn’t a happy baby at all. It wasn’t nice to see him so poorly."

My boyfriend Paul’s parents have both passed away. Isaac had never met them but it was lovely to know that they were looking after him when he was sick

On the morning of February 19, Charlie was washing up in the kitchen after Paul, 42, had gone to his job as an account manager, while Isaac slept in his cot.

She said: "Even though he wasn’t feeling well, he went down really easily. His cold was making him really grizzly but he eventually fell asleep.

"I took the baby monitor with me while I cleaned the kitchen so I could keep an eye on him if he stirred or started crying.

"I didn’t hear anything at all – he was sleeping so peacefully which wasn’t normal for him, as he’d been waking up crying because of the cold." 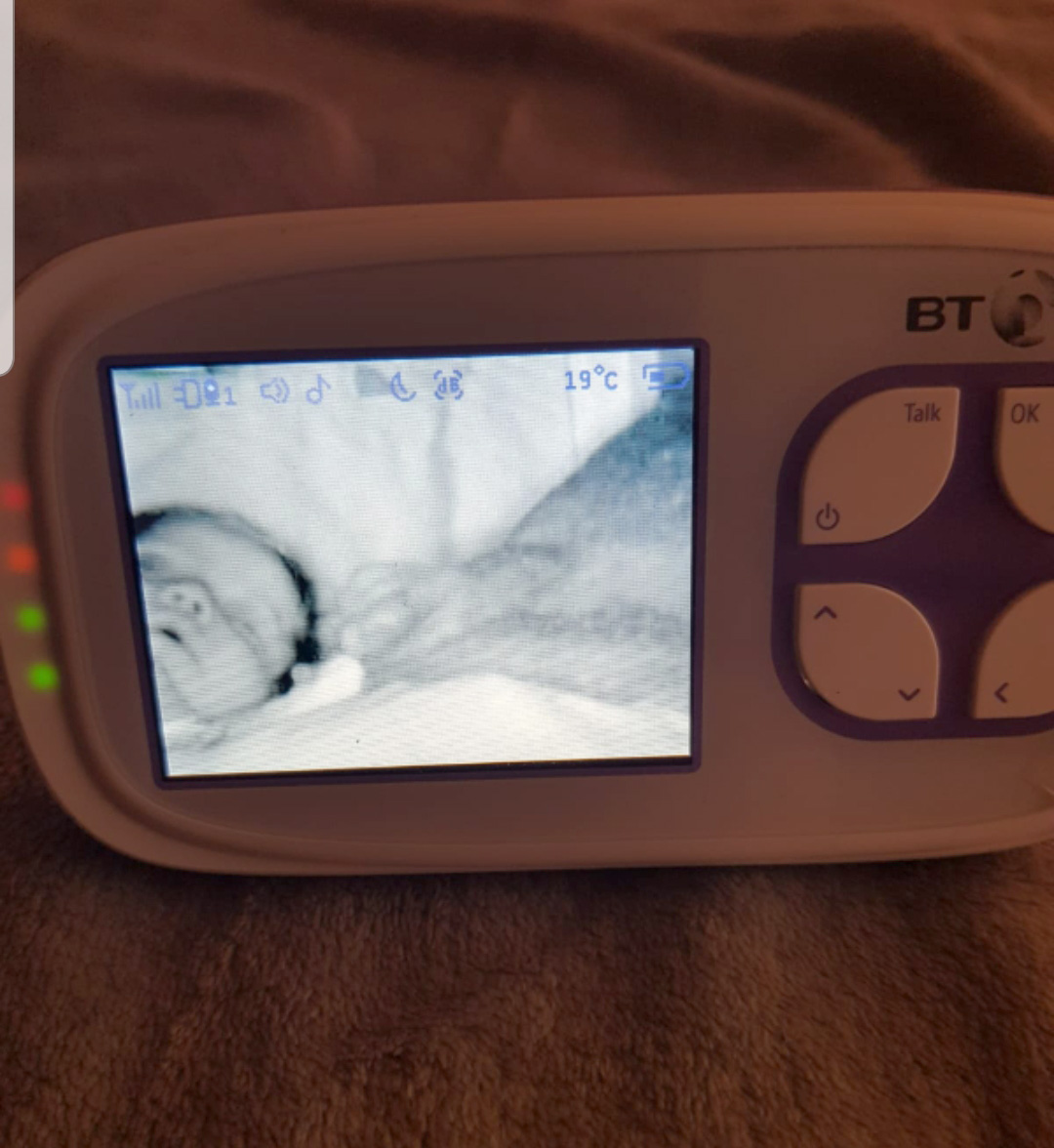 After finishing the washing up, Charlie glanced at the monitor and was horrified to see a pair of hands clasped next to Isaac.

Desperate to reach her little boy, Charlie ran from the kitchen to her bedroom where she found Isaac sleeping peacefully – with no-one around him.

"I was so confused," she said. "But I know what I saw on the monitor and I have the picture I took to prove it."

While she was tucking Isaac into his blanket, the monitor went black. When it turned itself on again, the ghostly hands were nowhere to be seen.

Charlie said: "My heart was racing so fast. Nothing like that has ever happened to me before.

"I wasn’t even sure that I believed in ghosts, but now I’d seen it with my own eyes." 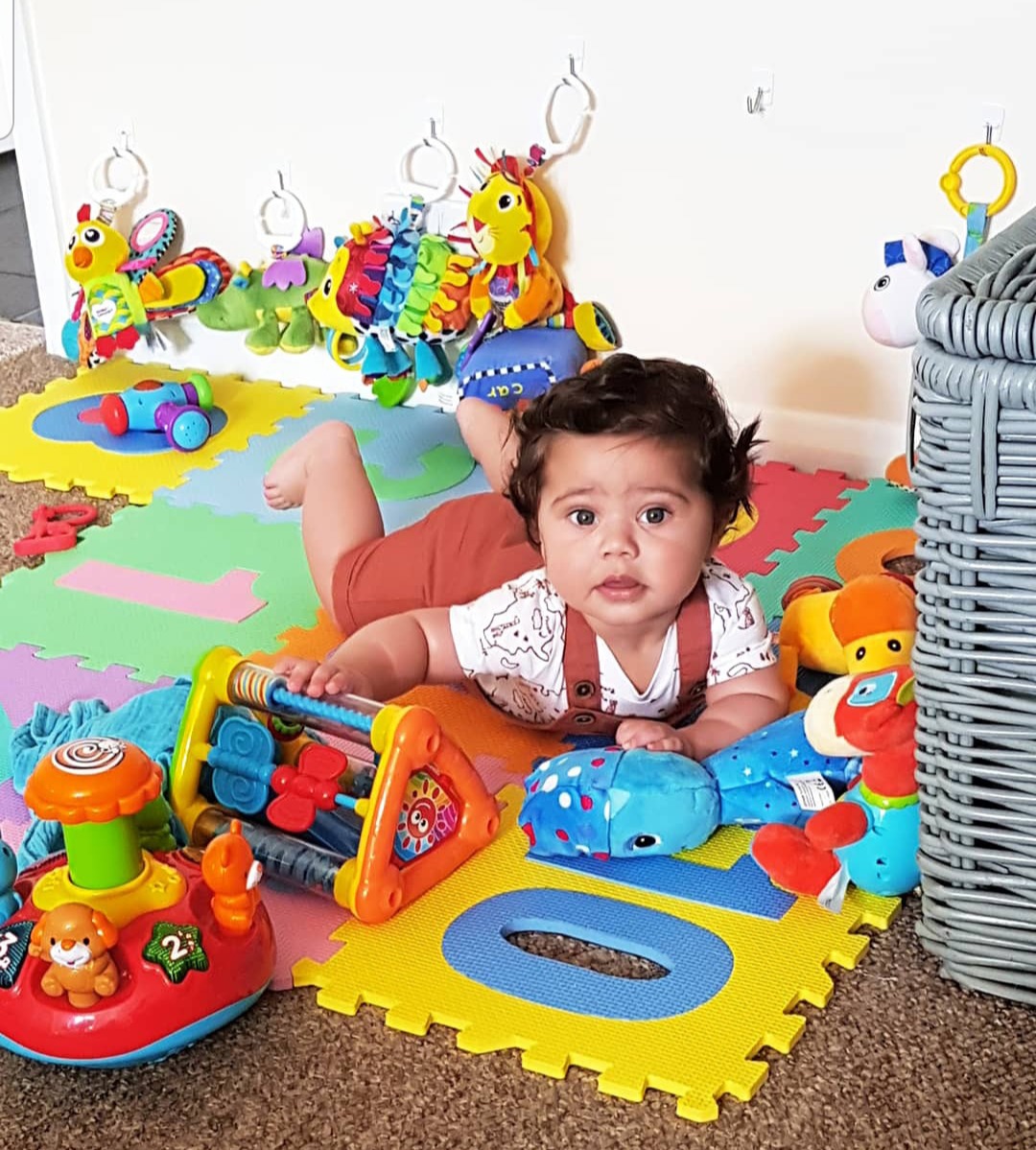 Wanting to make sense of what had happened, Charlie turned to her sister Kylie.

She said: "I knew my sister believed in spooky stuff and had used physics and mediums before, so thought I’d mention it to her.

"Kylie told him what I had seen and he replied saying the two hands reaching out are cupped together is the healing hands position, which I thought made sense as Isaac had been so poorly.

"He also said the hands belong to grandparents who had passed and they were comforting him.

"Isaac still had grandparents on my side but Paul’s mum died a while ago and his dad died the year before Isaac was born – so we think that it’s Paul’s parents who were watching over their grandson.

"They never got to meet Isaac so this was their way of protecting him.

"The medium doesn’t know anything about our family, has never met us and didn’t know that Isaac was unwell at the time.

"It’s incredible and it all makes sense. That day he was the most content and calm I’ve ever seen him – now he’s back to whining all the time.

"We’re still using the same baby monitor but we’ve not seen the hands or had anymore ghostly images since.

"Although it was a shock at the time seeing the hands on the monitor it turned out to be a really lovely surprise – I’m just glad that no one was trying to snatch my baby!"

Recently, a mum was left terrified after spotting a ‘shadowy figure’ in her bedroom as she filmed wriggling baby bump.

Related posts:
Kim Jong-un threatened WW3 with South Korea after ‘dirty' Photoshopped images of his wife were dropped into North Korea
More local lockdowns WILL follow as Leicester flare up is new Covid normal, Sage expert warns
Popular News
Sofia Elias Turns Mini Sculptures Into Jewelry for Brand Blobb
30/09/2020
Stuart Broad builds up to second Virtual Test with Sri Lanka
26/03/2020
Bindi Irwin Made Last-Minute Changes to Her Wedding Due to Coronavirus Lockdown
26/03/2020
Widow on The Repair Shop leaves viewers sobbing
26/03/2020
Coronavirus lockdown: Global quarantine reveals weird fact about humanity
26/03/2020
Recent Posts
This website uses cookies to improve your user experience and to provide you with advertisements that are relevant to your interests. By continuing to browse the site you are agreeing to our use of cookies.Ok