James Charles' 'Instant Influencer' Will Be Your New Self-Isolation Binge

Hi, sisters! James Charles is taking his influence on the beauty industry to the next level with the launch of a beauty-themed competition series called “Instant Influencer,” launching exclusively on YouTube on April 24, 2020.

Stars Without Makeup: See Stars Going Makeup-Free and Loving It!

The four-part show will put the skills of six social media-loving makeup artists to the test. Their work will be judged by Charles and exciting celebrity judges like Kardashian makeup artist Mario Dedivanovic (a.k.a. Makeup by Mario), Paris Hilton and Trixie Mattel.

To pump up their subscribers and fans, the six makeup artists shared the big news on their respective YouTube channels on Wednesday, April 1.

Celebs in Undies: Stars Who Flaunt What Their Mamas Gave Them in Lingerie

One of the six lucky beauty experts will prove themselves the best through a series of intense challenges and will win $50,000 and become, er, well, an instant influencer. For a taste of what’s to come, check out the trailer below!

In an interview with Insider, the 20-year-old YouTube phenomenon noted that the beauty competition puts a spotlight on a diverse group of individuals with varying follower counts. “The ranking of how everybody performed was not determined by their follower counts in any way, shape or form,” he told the outlet.

He noted that it was important to him to bring “smaller influencers into the light and seeing who really has what it takes, regardless of follower count.”

Charles’ competition series is the perfect next step for the young Internet sensation, who’s amassed a casual 17.5 million subscribers since he launched his channel in 2015. 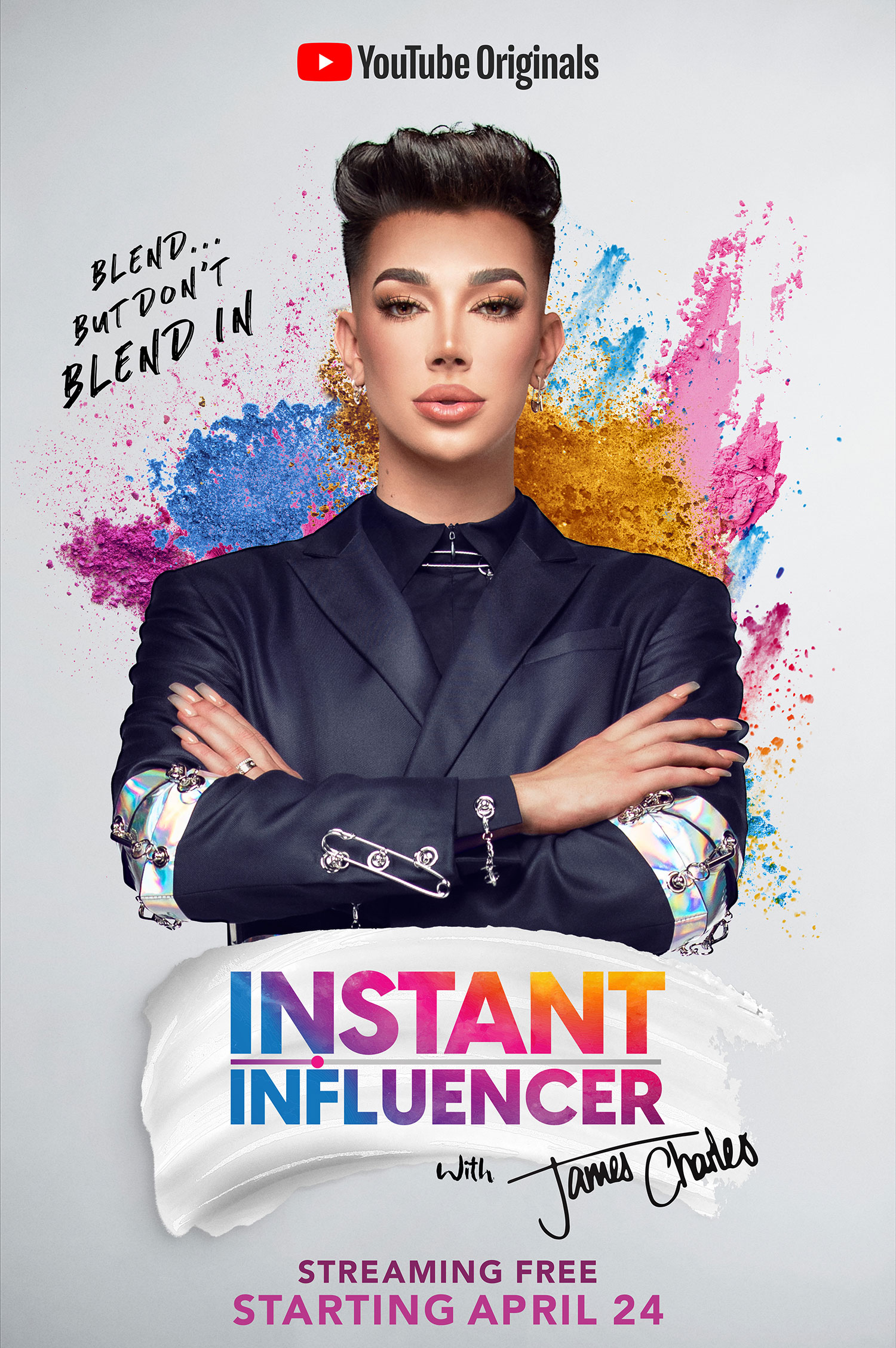 The makeup guru quickly rose to fame, thanks to his mesmerizing makeup transformations, his cool collaborations and his vibrant, welcoming personality. Just a year after launching his YouTube career, the New York native became CoverGirl’s first male beauty ambassador in 2016 — when he was 16-years-old.

Best of Beauty: These Are the Top Hair, Makeup and Skincare Products of 2020 … So Far

But fame doesn’t come without drama — and Charles is no stranger to Internet feuds with fellow YouTubers like Tati Westbrook and Jeffree Star. While that’s certainly a part of the makeup lover’s past, this new series is all about ditching the negativity to launch the careers of up-and-coming artists.

That doesn’t mean there won’t be a healthy mix of waterworks and smiles on YouTube’s Instant Influencer — which is totally free, by the way. While you impatiently wait for April 24 to come around, our advice is to stock up on popcorn and learn as much about the contestants as you can before they make their professional debut on-screen.

Listen on Spotify to Get Tressed With Us to get the details of every hair love affair in Hollywood, from the hits and misses on the red carpet to your favorite celebrities’ street style ‘dos (and don’ts!)

Jordan Peele-Produced ‘Candyman’ Heads To Fall
Boys don’t want to date me so I am glad to have a break from school – The Sun
Popular News
The Witcher: Blood Origin Trailer Ends With [Spoiler]'s Surprise Return
03/12/2022
Stuart Broad builds up to second Virtual Test with Sri Lanka
26/03/2020
Bindi Irwin Made Last-Minute Changes to Her Wedding Due to Coronavirus Lockdown
26/03/2020
Widow on The Repair Shop leaves viewers sobbing
26/03/2020
Coronavirus lockdown: Global quarantine reveals weird fact about humanity
26/03/2020
Recent Posts