HUMAN MADE and adidas Originals are continuing their collaborative efforts with the release of an entirely new sneaker, the Tokio Solar HM, and NIGO‘s take on a velcro strap-equipped Stan Smith-esque shoe, dubbed the UNOFCL.

The shoes and accompanying apparel collection draw inspiration from NIGO’s personal archive and adidas’ vintage sporting heritage. It follows on from the recently-released collaboration that brought colorful takes on the Rivalry, Stan Smith, and Campus silhouettes, this time around opting for a collection that’s far less bright bar one pair of shoes.

adidas Originals’ archive also played a part in the design of the Tokio Solar HM, which takes design cues from the Tokio trainer that was developed for the 1964 Tokyo Olympics. It’s made from Primeknit and is overlayed with suede panels to give the sneaker a retro feel, while zig-zag-cut Three Stripes in leather and an “X” made out of the same leather appear on the mid panel and heel, respectively.1 of 10 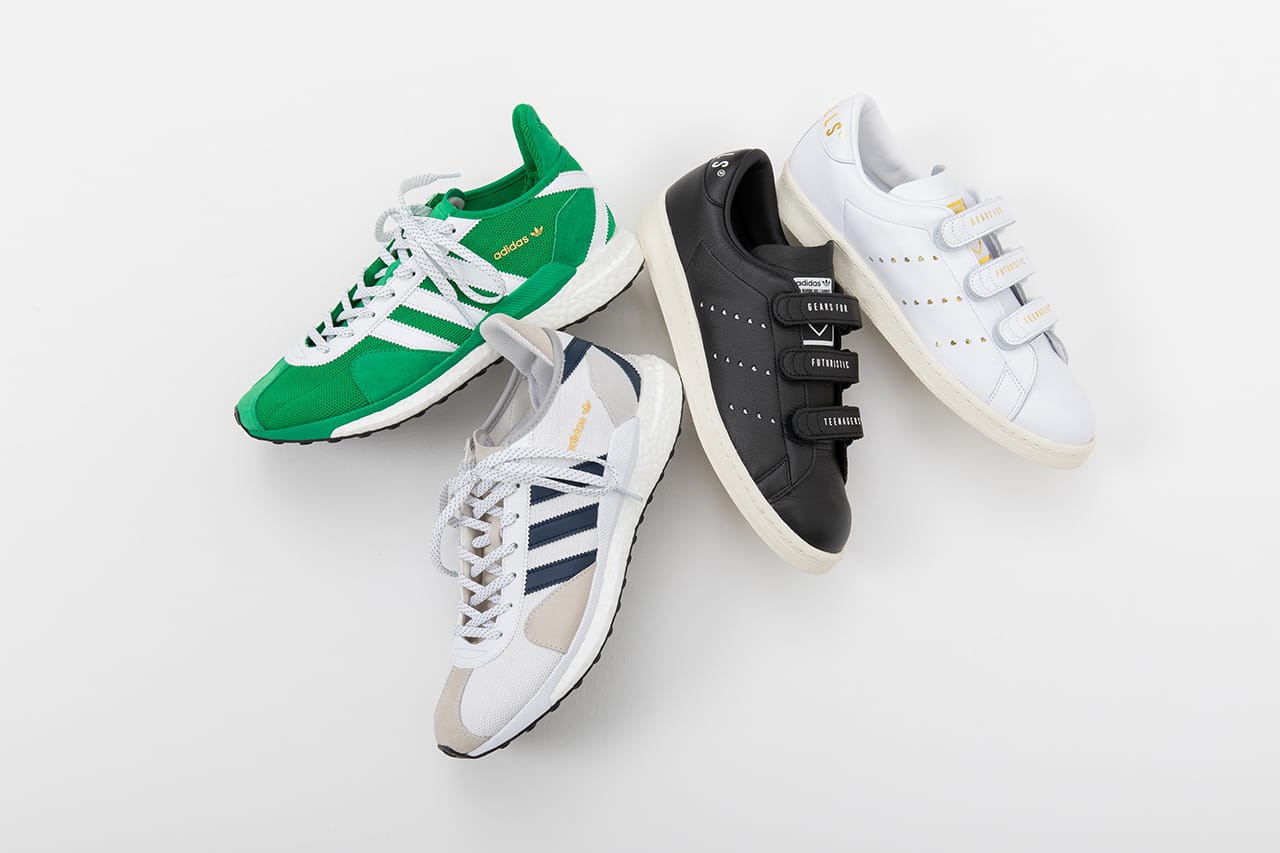 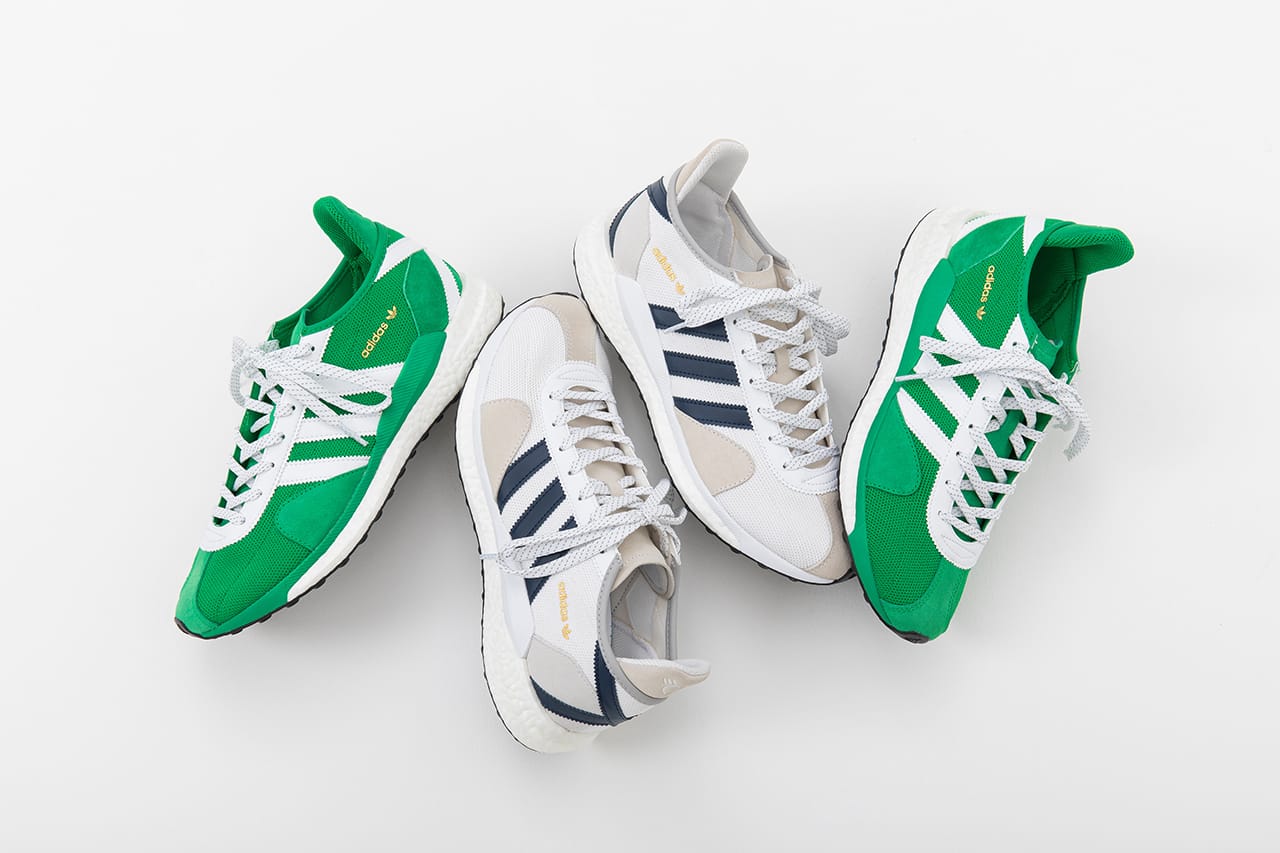 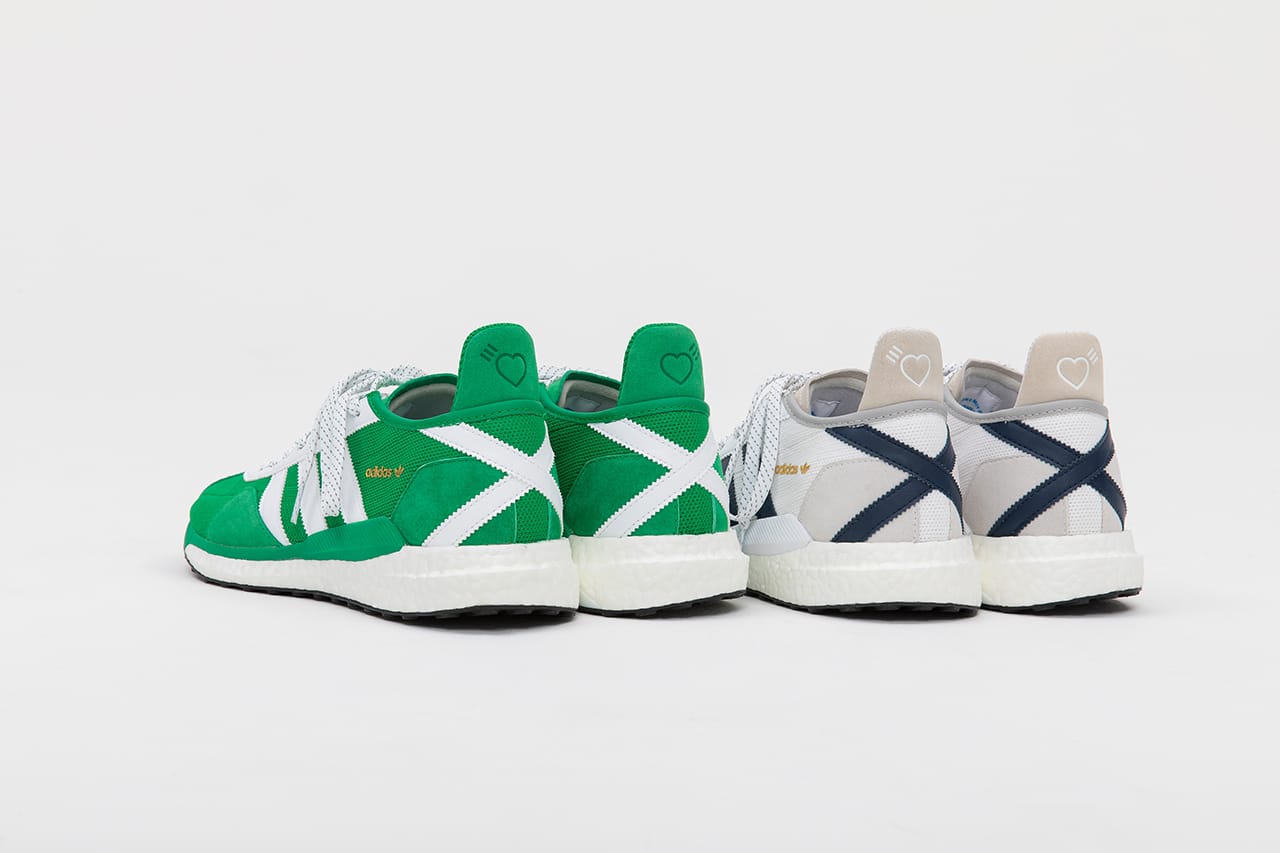 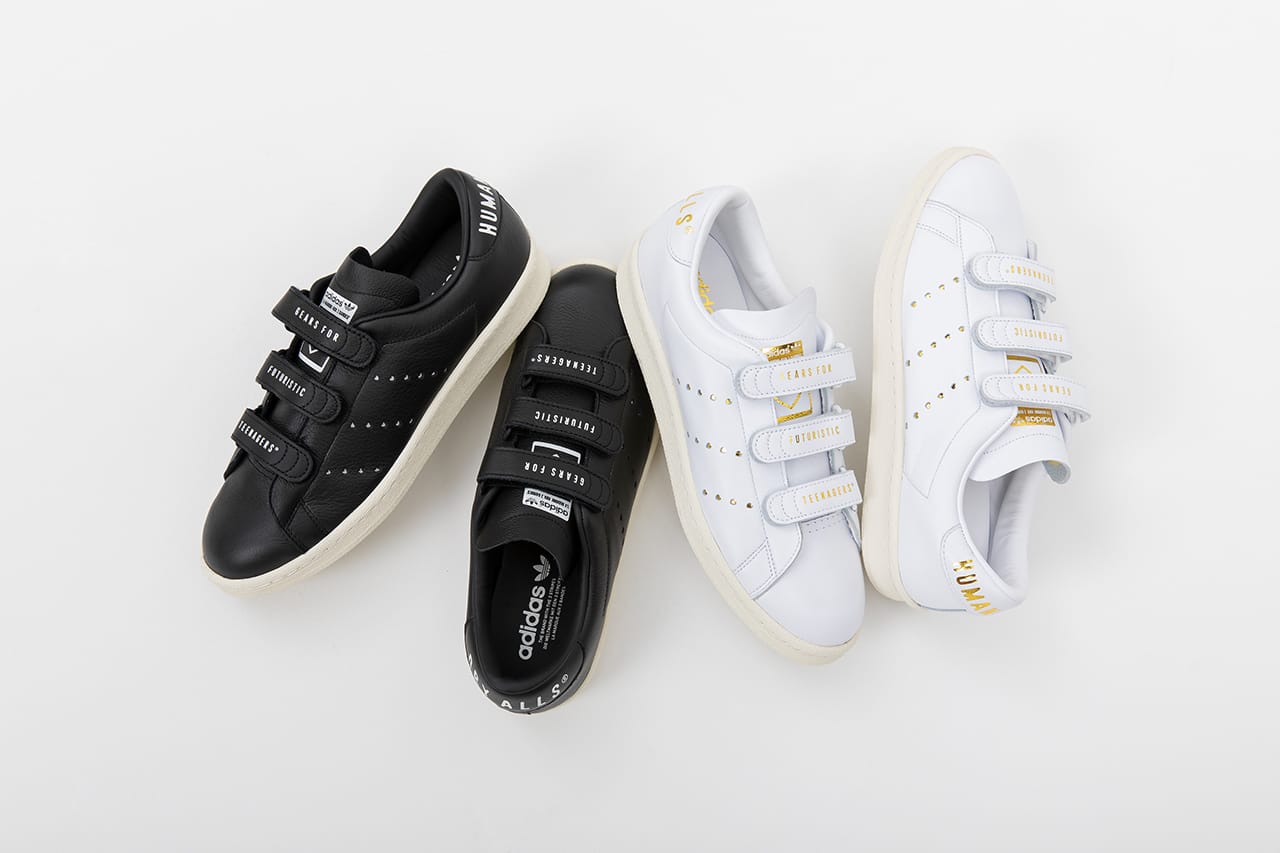 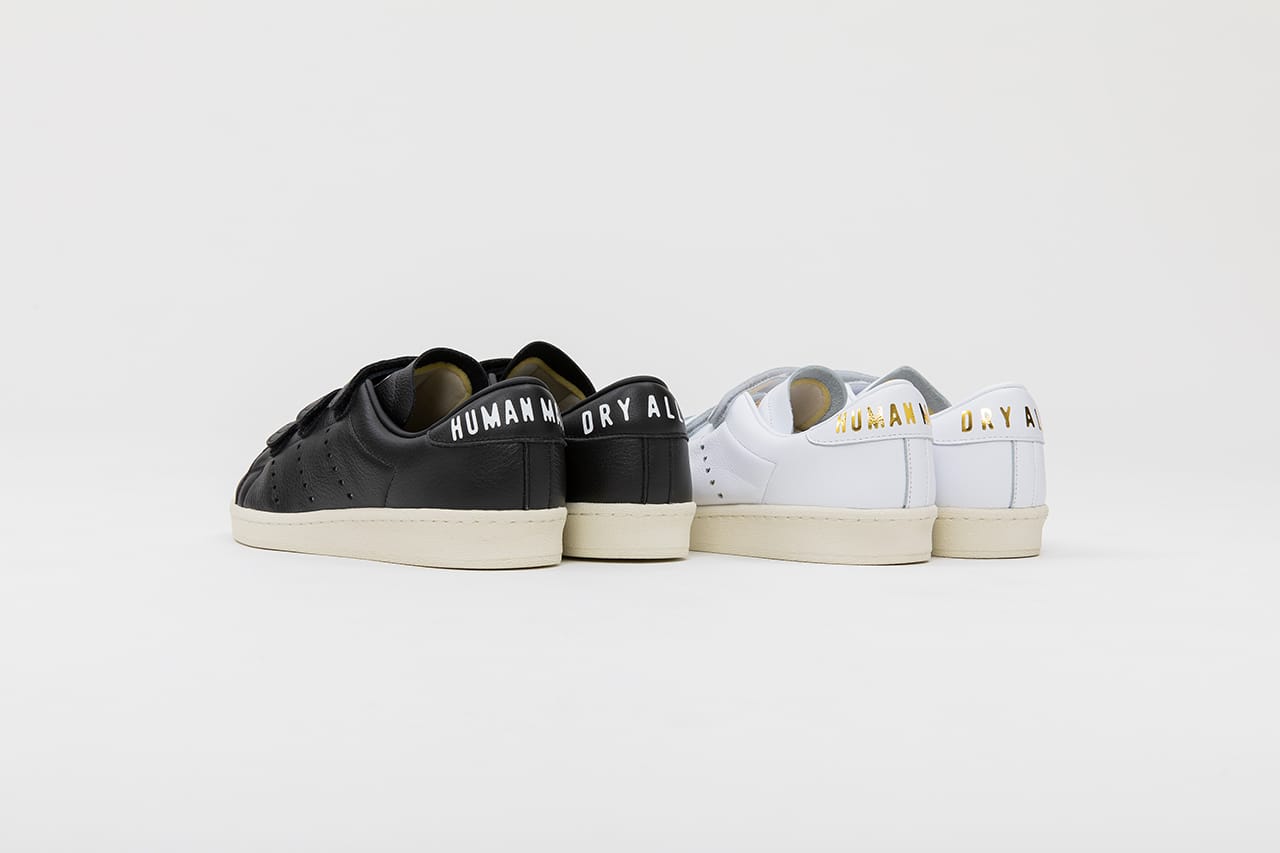 Gold-toned adidas branding appears on the rear-quarter, while HUMAN MADE’s signature heart logo has been debossed into the suede heel lip. Joining the Tokio Solar HM are two pairs of UNOFCL sneakers fitted with velcro straps, which serve as the base for the brand’s “Gears for futuristic teenagers” slogan.

Small hearts replace adidas’ usual hole-punched Three Stripe branding, while “HUMAN MADE” and “DRYALLS” stamping has been placed on the heel of the left and right foot. Rounding out the collaboration is a selection of white T-shirts, a perforated mesh sports top, a sweater, a long-sleeve T-shirt, and a pair of sports shorts.

Take a closer look at the lookbook above — which spotlights the traditional Japanese art form of Kabuki — and pick up the entire HUMAN MADE x adidas Originals collection on September 25 on HBX.

Related posts:
Kate Garraway: Matt Hancock urged to drop GMB boycott and face host amid husband’s battle
Coronation Street’s Samia Longchambon keeps it casual on sunny walk with daughter Freya, 10, and family dog
Popular News
Blue Ivy Carter Stuns Fans With Yet Another Skill up Her Sleeve — Halloween Makeup
25/10/2020
Stuart Broad builds up to second Virtual Test with Sri Lanka
26/03/2020
Bindi Irwin Made Last-Minute Changes to Her Wedding Due to Coronavirus Lockdown
26/03/2020
Widow on The Repair Shop leaves viewers sobbing
26/03/2020
Coronavirus lockdown: Global quarantine reveals weird fact about humanity
26/03/2020
Recent Posts
This website uses cookies to improve your user experience and to provide you with advertisements that are relevant to your interests. By continuing to browse the site you are agreeing to our use of cookies.Ok