AS much as we love digging into a tub of Celebrations while slobbing out on the sofa, sometimes it feels like our favourite treats don't even last an evening.

Admittedly, this might be because we can easily put away 10 of the mini chocolate bars in a single sitting. 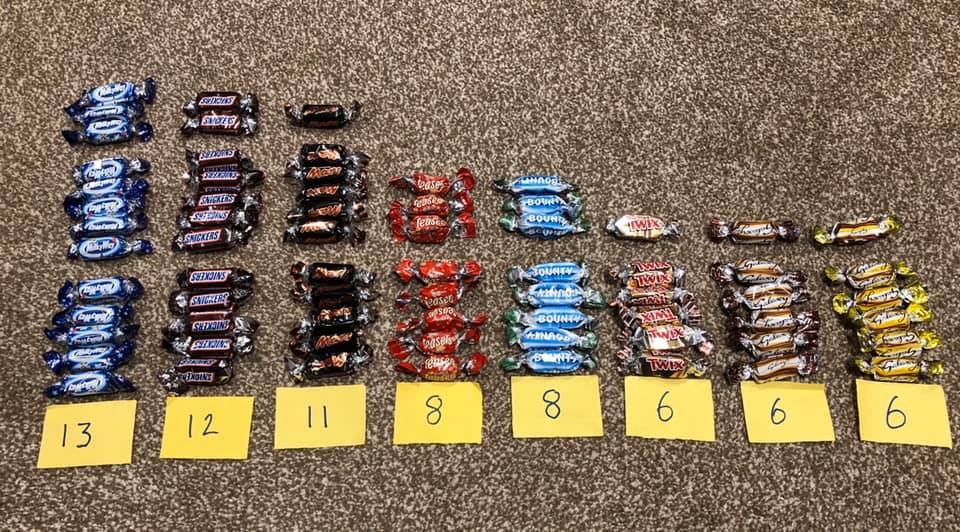 However, one diehard fan has revealed how much the contents of the tubs have varied in the past three years – and it's bad news if you're a Twix fan.

Posting on the Facebook group Family Lockdown Tips & Ideas, the dad revealed how he was inspired to share his findings off the back of the Quality Street audit which went viral earlier this week.

He wrote: "After seeing the excellent work a fellow lockdowner did analysing a tub of quality street, I thought I would share my own three year study into Celebrations."

In last year's tub, the dad was happy to have six Twix, Galaxy Caramel and plain Galaxy bars – but was outraged that there were more than DOUBLE the number of Milky Ways. 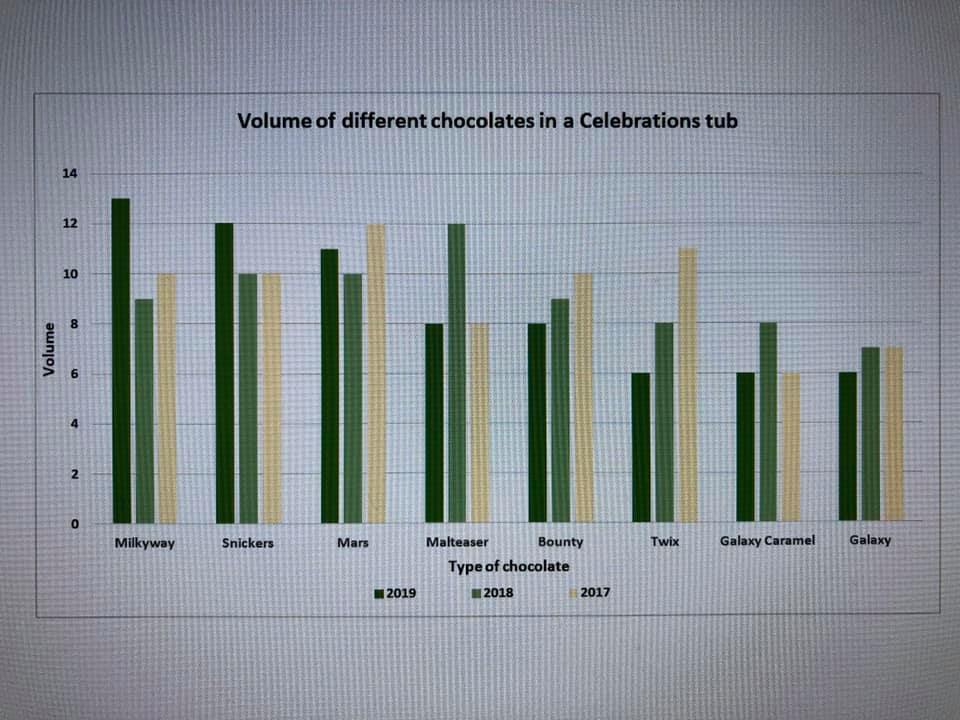 Meanwhile, there were also eight of each of the Malteaser and divisive Bounty bars.

Snickers snuck up to second place with 12 bars in the 2019 Celebrations tub – after only having 10 the previous two years.

And Milky Way stole the top spot with 13 mini bars – which was a dramatic increase from the nine included two years ago. 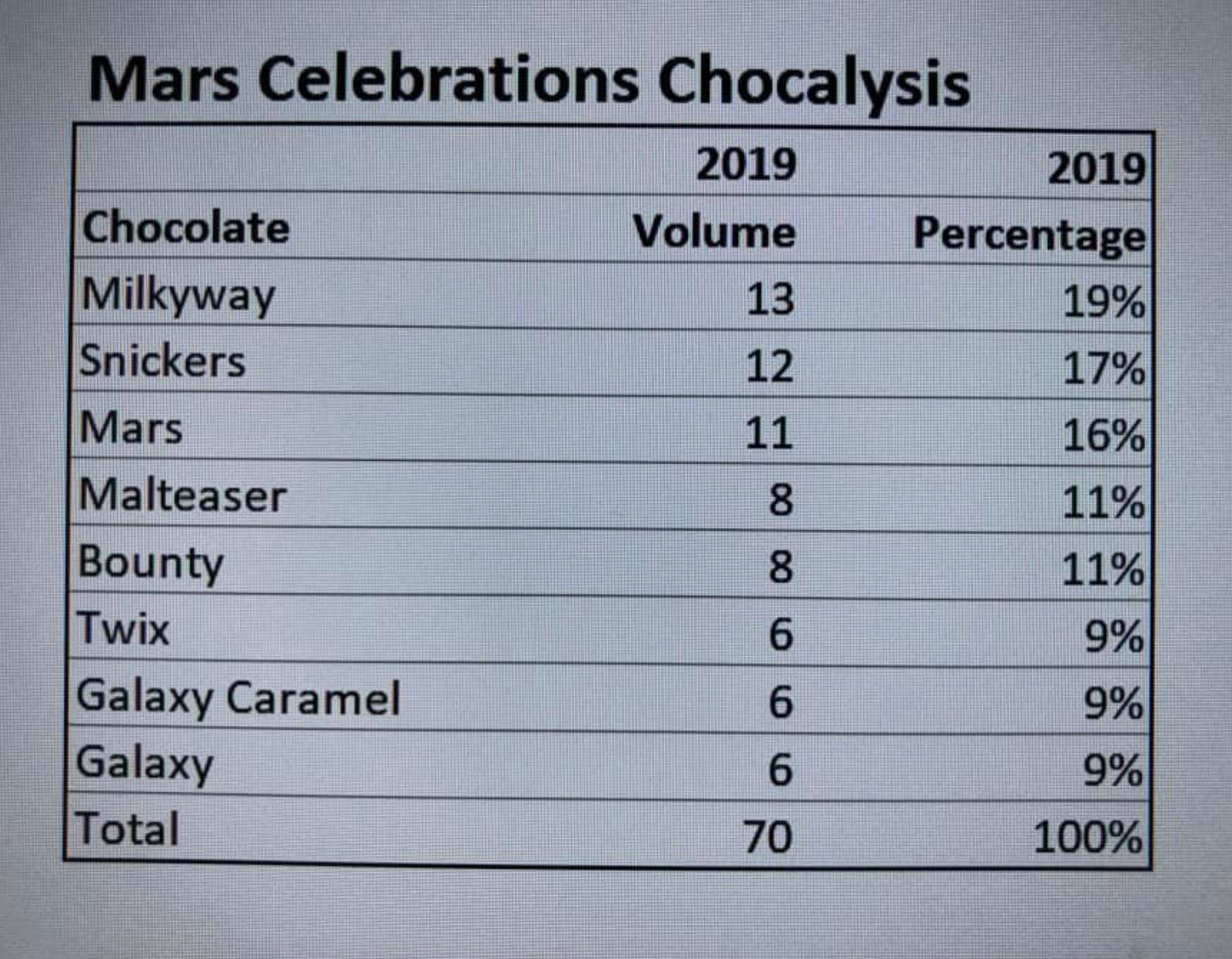 After sharing his findings, he said: "The wife has safely hidden away a tub ready for this year. The fun never stops in our house!"

His post in the group racked up over 2,500 "likes" and sparked fierce debates in the comments.

One replied: "Ditch milky way and Bounty – more room for Maltesers then."

Another added: "This is why you gotta get there first with the Malteasers. Just isn't enough to share."

A third said: "Such a small number of Twix!'

For more festive food stories, royal chefs shared their tips for a Christmas lunch worthy of the Queen including freezing gravy & leaving your spuds OUTSIDE.

And the batch-cooking queen showed how to prep your Christmas dinner NOW to take the stress out of the big day.

Related posts:
Taylor Swift Drops Her First Re-Recorded Song — in an Ad for Match.com
Ryan Sutter Details Symptoms of His Mystery Illness: 'Some Days I Can Barely Get Out of Bed'
Popular News
Betting prediction and fight preview for UFC 257 as Conor McGregor takes on Dustin Poirier a second time
22/01/2021
Stuart Broad builds up to second Virtual Test with Sri Lanka
26/03/2020
Bindi Irwin Made Last-Minute Changes to Her Wedding Due to Coronavirus Lockdown
26/03/2020
Widow on The Repair Shop leaves viewers sobbing
26/03/2020
Coronavirus lockdown: Global quarantine reveals weird fact about humanity
26/03/2020
Recent Posts
This website uses cookies to improve your user experience and to provide you with advertisements that are relevant to your interests. By continuing to browse the site you are agreeing to our use of cookies.Ok